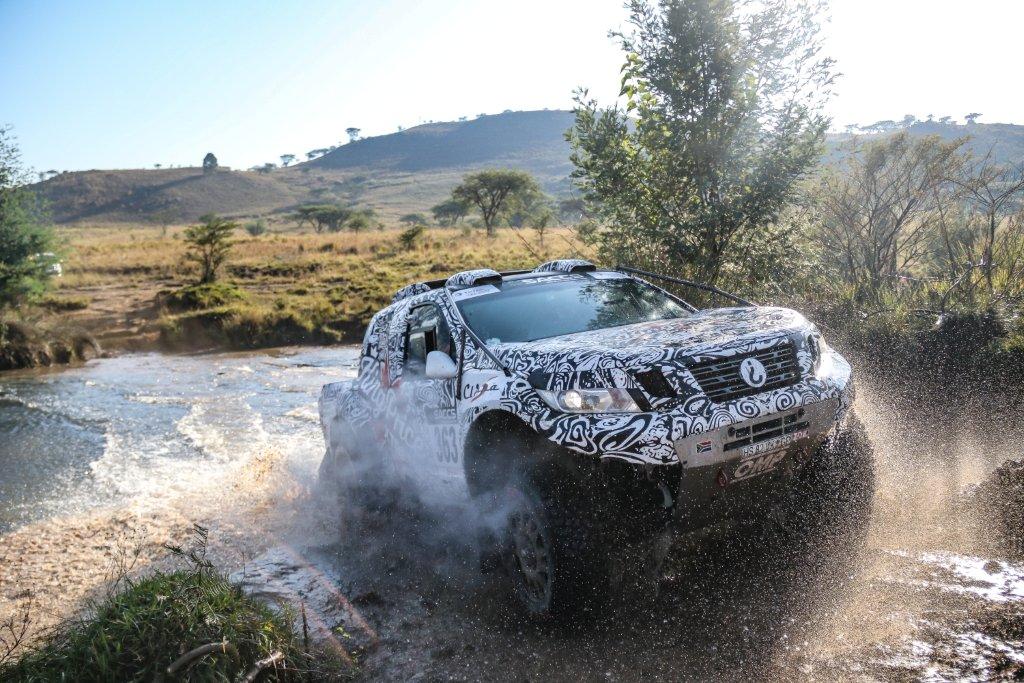 Brian Joss – With almost a full two months since the season opener in Dullstroom the Schalk Motorsport pairing of Schalk Burger Jnr. and Elvene Vonk were ready for their next challenge.

The Berg 400 is a new event and venue on the SACCS calendar meaning none of the entrants were familiar with terrain and so there was no advantage. A level playing field is always a double-edged sword where the risk versus reward ratio goes into overdrive.

The team’s approach, as it has been since round one, was to take each kilometre as it comes and allow the event and race to come to them. Little to no testing time meant it was almost starting from scratch once again although some small improvements had been made to the vehicle since Dullstroom where braking was identified as a key problem area.

A mid pack qualifying placing them 15th on the road after the 60km  prologue positioned the Schalk Burger Motorsport entry well. Top twenty was the goal but the feedback after the first day of the Berg 400 was that visibility, route spotting and navigation were going to be the biggest challenge for both driver and navigator alike.

The team were relatively positive if not slightly apprehensive after the events of day one and they, along with the entire line up of teams, were hoping the race day wouldn’t be quite so challenging.

They say, ‘be careful what you wish for’. If anything, the opening 30km  of race day were even worse with an agonisingly slow pace across the board as all teams battled with the terrain and reading the route. It did seem however that the course was opening slowly and offering an advantage to those teams qualifying outside the top ten in the prologue.

An amazing lap one of 170km saw Schalk Burger Jnr. and Elvene Vonk slice their way through the terrain and the field with equal precision and speed.

An improved result saw them start the second and final loop of the day as one of the most improved teams on the day as they accelerated up to 8th overall and fifth in Class FIA.

Their  celebrations and run of form were, however,  cut short as the pair suffered near catastrophic mechanical failure early in the final loop. A rock impacted on the sump at the 30km marker robbing the engine of fluids and forcing the team out of the race.

That wasn’t the end of the story though. With Dakar in mind and knowing that not each day in the desert would be smooth either. The pair decided to roll their sleeves up and get the repairs done. The first racing lap of the day had given the team an impressive 2:21:53 lap time with the expectation, had all gone well, of an improved time on lap two.

Hours of work on the side of the trail and what should have been another fast lap turned into a survival trial. Eventually the tenacious two arrived home 4;15;59, a the end of lap two but more important than the time or the position was the instinct and will to make it to the finish. This is what is needed and did more good than a high result for the team at this stage of the game.

The horizon now widens as the team head to the halfway point of the season and the historic and daunting Botswana Desert 1000. This will be the longest and toughest race so far as they continue their road to Dakar.