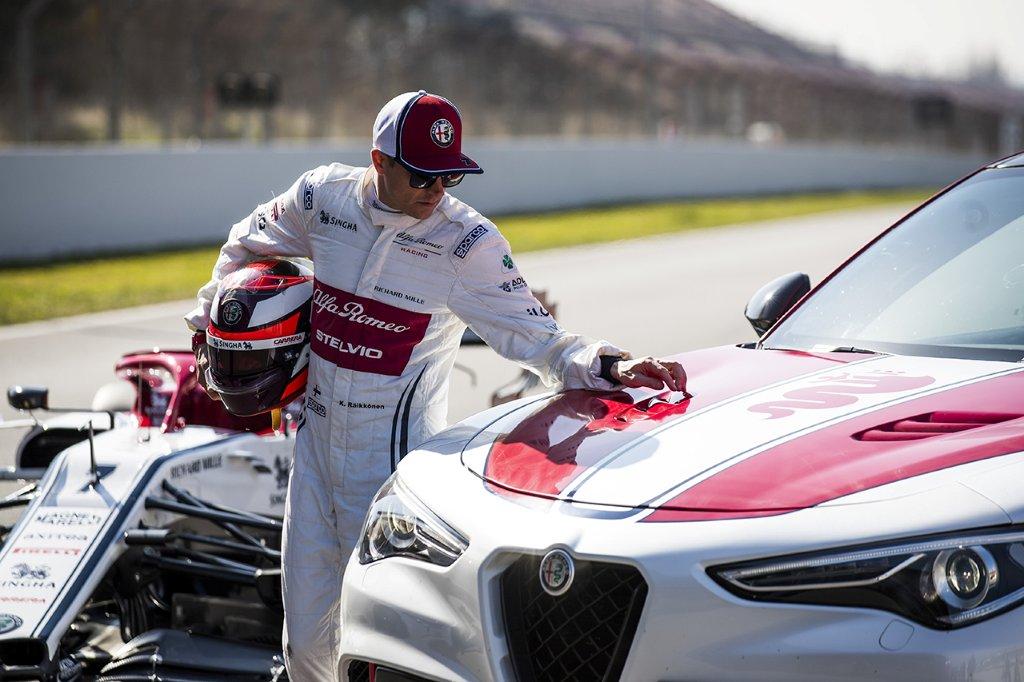 Brian Joss – Few drivers in the history of Formula One have ever reached such heady heights in terms of race entries, and next weekend will mark this important milestone for Kimi Räikkönen. Yes, he had to be told, that he has reached the 300 mark.

“Driving is the only thing I like about  F1,” the Iceman famously said, so it’s safe to say numbers do not mean a lot to him.

Do not expect a commemorative helmet, either. “It protects my head,” that is all it does – how to disagree?

And were Formula One to organise a special commemoration on the grid before the race, well, we can only hope it doesn’t clash with Kimi’s loo break… From his debut (in a Sauber) in Australia 2001, Kimi Räikkönen has gone on to become one of Formula One’s iconic characters. A winner of 21 races, he may claim 19 years in the sport (with a brief, two-year hiatus) didn’t change him… truth is, they have. The fresh-faced boy who rocked up in Melbourne nearly two decades ago, almost missing his first race start as he was having a nap in the garage, is now a World Champion and a proud family man, husband to Minttu and father to Robin and Rianna. Professionally, he’s enjoying his driving at Alfa Romeo Racing as a relaxed, happy driver doing what he does best.

Time and experience change people. But the core Kimi, that never changes.

For sure, we will never try to do so – to try and change Kimi to fit a mould is a futile exercise.

Frédéric Vasseur, Team Principal Alfa Romeo Racing and CEO Sauber Motorsport AG: “The tests last week In Barcelona have been promising and I am sure that we’re back on track and going in the right direction again. It’s interesting to see how the teams battling for the midfield positions hardly get any consistency into their performance. Each track is a new start – especially getting the tyres to work – and sometimes you get it right, sometimes you get it wrong.

We have our downward blip behind us and going strong into the Monaco weekend.”

Kimi Räikkönen (car number 7): “Everyone is talking about my 300th race, but I’m more interested in our performance. The test in Barcelona was important for us to understand our problems better, but I honestly don’t know how good our car fits to the street course in Monaco.”

Antonio Giovinazzi (car number 99): “Last week I was invited by Alfa Romeo to the 1000 Mille Miglia and it reminded me of Alfa’s incredible passion for cars and motorsport, especially as an Italian driver. Unfortunately, my start of the season with Alfa Romeo Racing was not as expected, but I’ll stay focused and I’ll work hard and I’m sure that things will turn around and success will come – hopefully already in Monaco.”