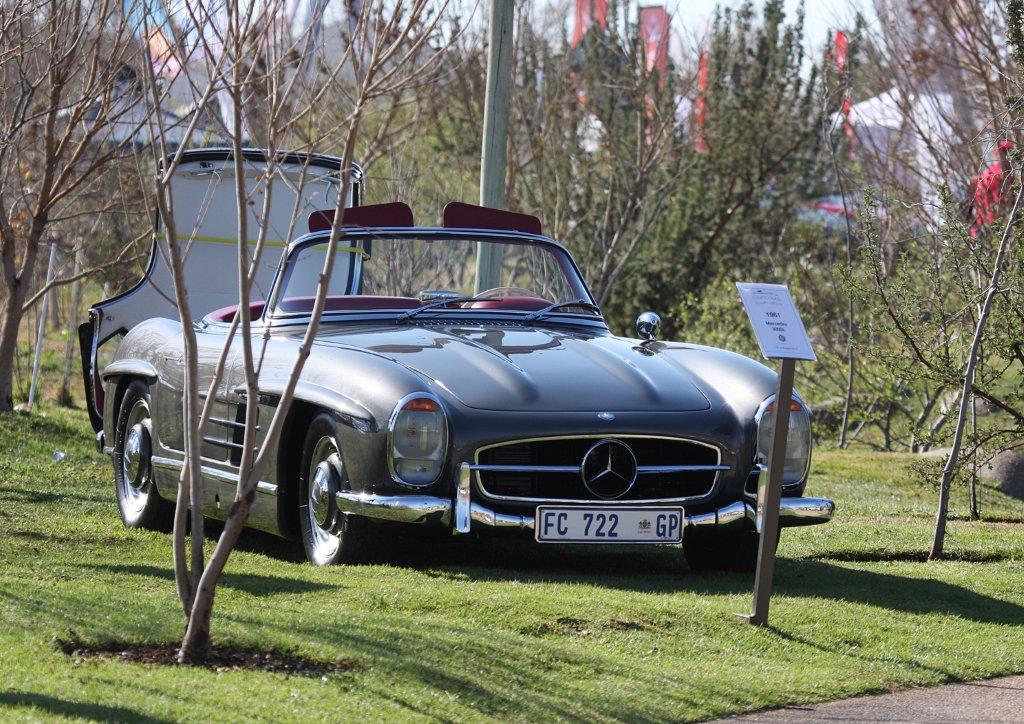 Brian Joss – The Steyn City venue, north-west of Johannesburg, will once again be hosting Concours South Africa, from August 30 to September 1 , but a  new site has been earmarked for the motoring extravaganza. An area of some 8 hectares has been set aside, enabling all the cars to be displayed in a single, well-defined area.

“The new allocation we have at Steyn City is breath-taking,” says Concours organiser and co-founder Paul Kennard. “Known as Concours Park, it features lush lawns and affords spectacular views of the Steyn City Golf Course, Palazzo Steyn and the incredible golf course clubhouse. “This is an ideal event to host corporate clients, and the hospitality areas will typify the elegance of Concours South Africa that gives the event its special garden party appeal,” says Kennard.

In line with the established social season atmosphere, this year’s event will once again be awarding a prize for the Best Dressed Lady at the event.

Event Master of Ceremonies Greg Marucchi noted that this year’s best-dressed lady’s award will enjoy a special resonance, as the Concours South Africa 2019 weekend encompasses both Women’s Month in August and Spring Day, which is celebrated on the final day of the Concours event on Sunday September 1.

This year, entries for the various car categories of the competition will again be solely at the judges’ discretion. A fillip for the 2019 event is that the highly-regarded judging team will be sponsored by Itoo Insurance.

To enter your car in Concours South Africa 2019, visit www.concourssouthafrica.com or download the CONCOURS APP in the App Store or GooglePlay.

On the Friday August 30, Concours South Africa will once again induct a world-renowned motoring personality into the South African Hall of Fame.

This year’s event is once again sponsored by Nedbank Private Wealth, as well as a host of new partners who see the value in being associated with the Concours South Africa brand.

A notable feature of Concours South Africa 2019 will be a South African Specials category featuring classic cars that were SA-specific, such as the Ford Capri Perana of the 1970s and the early 1990s Opel Kadett Superboss, to name just two.

A number of famous marques will also be celebrating significant birthdays this year, including the centenary of Bentley and 60 years of the Mini.

“This year Concours South Africa will firmly establish itself as the country’s premier Automotive Garden Party,” says Kennard. “Corporate guests will spend a delightful weekend revelling in the glamour of the inordinately special cars, the beautiful people and the epicurean delights of Johannesburg’s best al-fresco celebration that ushers in spring: Concours South Africa!”

*This will be an exclusive event for car aficionados, not open to the public at large. Entries are pegged at R650 a  car, with the bulk of the proceeds going to an automotive charity.

CAPTION: No shortage of exotica at Concours South Africa. This is a 1961 Mercedes-Benz 300L seen at last year’s event. Picture: Motorpress