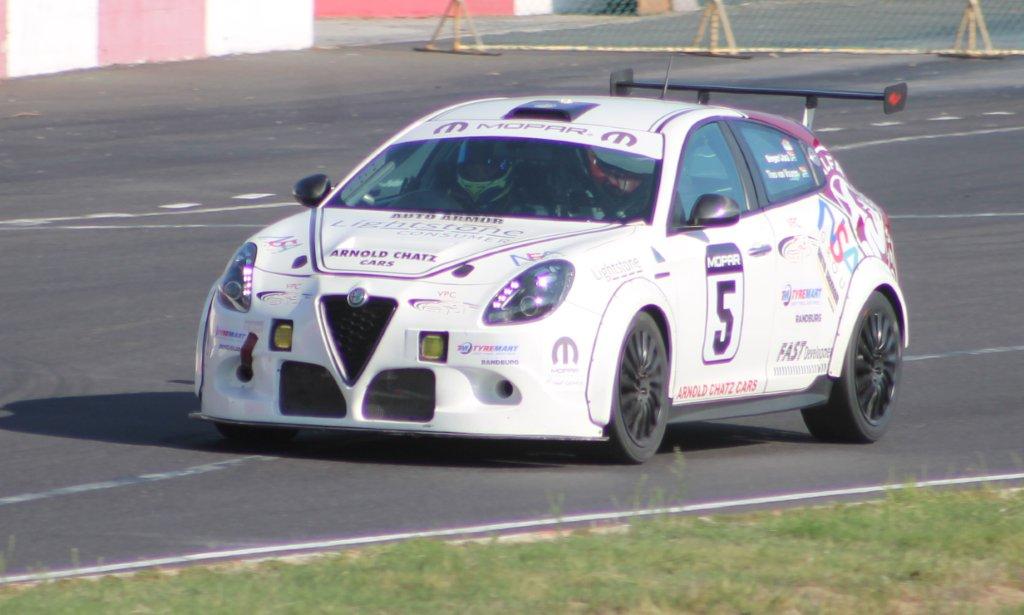 Included amongst the field of 19 starters will be the reigning Index of Performance championship-winning Alfa Romeo Giulietta.

Following a disappointing end to Round One of the Mopar SA Endurance Series in Killarney in Cape Town, which saw the team retiring due to gearbox problems, the team is relaunching its defence of their title thanks to a new gearbox being fitted to the FCA Alfa Romeo Giulietta car.

The team has a different driver line-up for the 2019 championship, with Bradley Scorer vacating his seat for Keegan Ward, while Theo Van Vuuren continues.

“Last year, the team achieved an unprecedented clean sweep of class wins, making us the Class B champion for production cars, and scooping us the hotly contested Index of Performance championship,” says Ward. “This year, expectations remain high and my aim for the team is to win the SA Endurance Series championship.”

According to Ward, the team is so good because of their strong performing, reliable car that is driven by two experienced and really quick drivers.

Ward began racing in go karts at the age of 13 and shortly thereafter, progressed to Formula Ford, the supercompetitive racing series in which he scored his first victory in 2006 at Zwartkops Raceway.

The Doctor – Valentino Rossi – tops his list of favourite sports stars, because of his many years of experience, as well as his competitiveness and pace, at his age of 40 years.

When it comes to Ward’s favourite racing drivers though, Kimi Räikkönen takes pole position, thanks to him being “a guy who does not want to participate in all the nonsense in Formula One.” In Ward’s opinion, Räikkönen is there purely to race and to put down a quick lap. The icing on the cake, is that Räikkönen is also racing for Alfa Romeo Racing.

Watch Round 2 of the Mopar SA Endurance Series this weekend, to see both Ward and Van Vuuren in action.