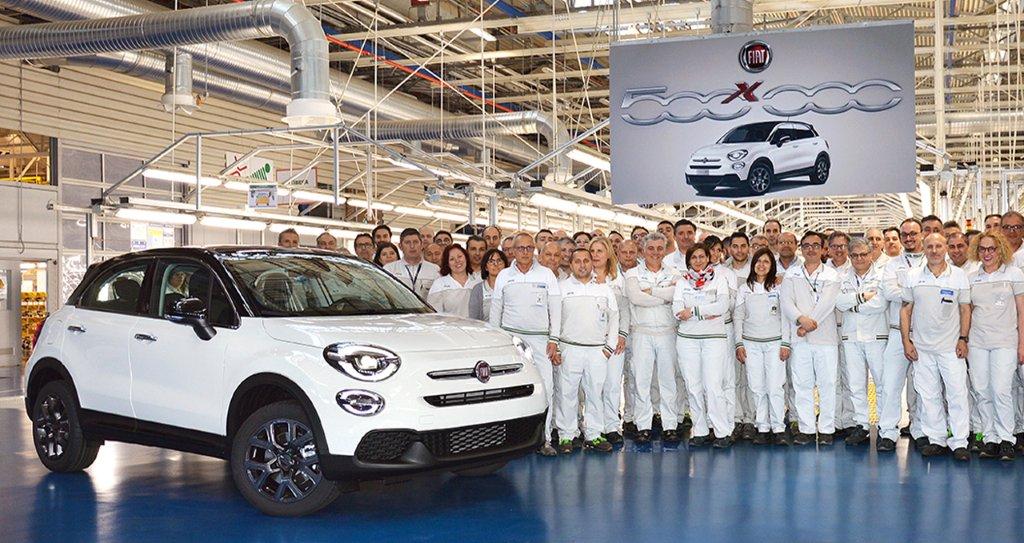 Brian Joss – Fiat 500X number 500 000 which was built at the Melfi plant in southern Italy rolled off the assembly line last week. The milestone is even more proof of the success of this model, which has led its segment in Italy and been permanently in the European top ten ever since its launch in 2014.

The record-breaking car belongs to the “120th” special series and in this case it is equipped with the 150HP 1.3 FireFly Turbo engine and DCT dual clutch automatic transmission. The 500X 120th special series was launched at the last Geneva International Motor Show to celebrate the Fiat brand’s 120th anniversary and it features a two-colour livery, available on the 500X for the first time, and includes 6 months of Apple Music for Fiat customers in selected European countries*.

The Fiat 500X production record was set at the FCA plant at Melfi, one of the world’s most innovative automotive factories, which currently builds the Fiat 500X and Jeep Renegade models destined for export to more than 100 countries worldwide. In its 25 years in operation, the FCA Melfi Plant has focused on creating high quality products through optimal production process efficiency, and above all through the motivation and training of highly skilled workers at its Academy, the real jewel in its crown.