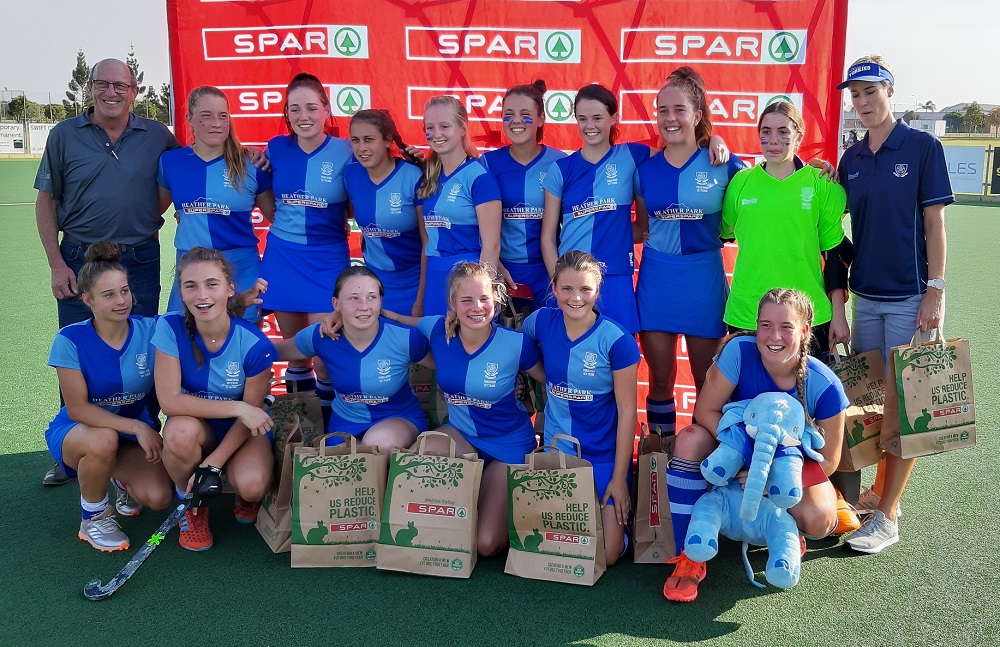 York High survived a tense penalty shoot-out against Outeniqua to qualify for the provincial finals of the SPAR Eastern Cape Schoolgirls Hockey Challenge for the fourth straight year.

The George outfit will join four other regional winners in the final play-offs, to be held at Collegiate in Port Elizabeth on July 27 and 28. The other teams are DSG (PE North), Woodridge (PE Central), Clarendon (East London Coastal) and Queenstown Girls’ High (East London Inland).

Playing at York in George on Saturday, the South Western Districts qualifier went down to the wire as the hosts and Outeniqua again qualified for the final.

It was a repeat of the last two finals, but this time there were no goals scored during the regulation 20 minutes and the match was decided in the eight-second penalty shoot-out, which York won 2-0.

“The girls really enjoy the fast-paced 20-minute matches where it comes down to teams using their opportunities,” she said.

“It was a wonderful day, with a great vibe and some really good hockey on display.”

Event organiser Peter Wilson said the competitive matches had been combined with the camaraderie and exciting vibe these tournaments generate.

“The weather was superb and there was a large contingent of family and friends in support, so it was another excellent platform for the schoolgirls to show their talents,” he said.

“There was very good competition during the day, with a tight battle to decide the finalists.

“Glenwood House needed to beat Outeniqua in their final pool match to qualify for the final, but Outeniqua won to advance once more.”

Wilson added they were looking forward to the climax of the annual Schoolgirls Hockey Challenge when it takes place near the end of July.

“For the first time the provincial finals will be played over two days, with some matches being played under lights at the Collegiate astro on the Saturday, followed by the final games on the Sunday.”