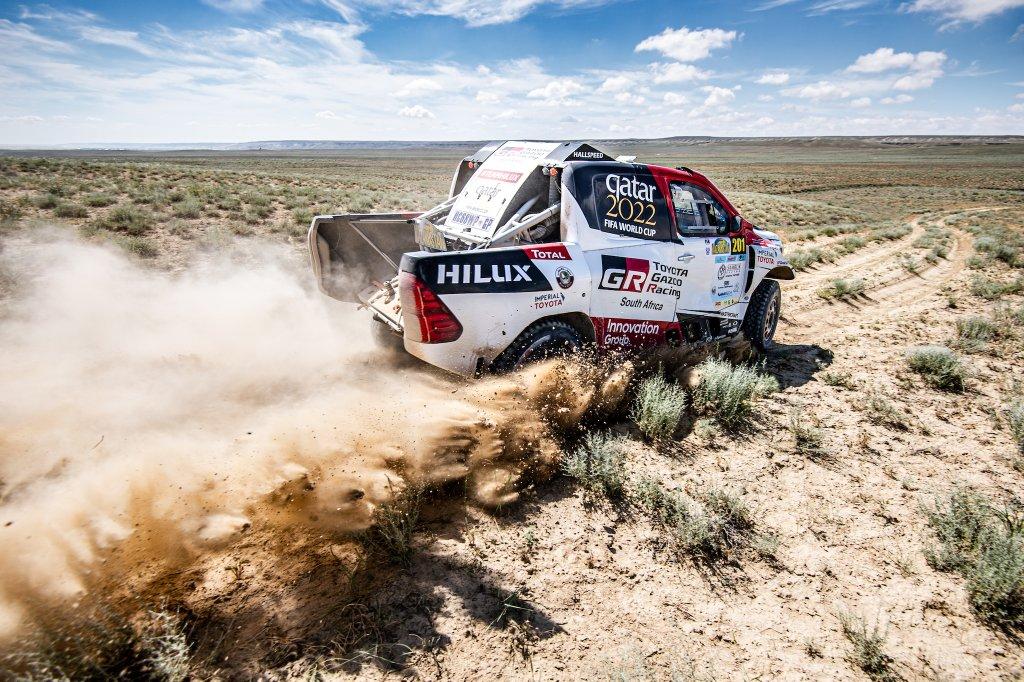 The Toyota Hilux crew set a time of 3:42:14 over the 414 km-long looped stage, which started and ended in the Caspian coastal town of Kenderly.

At the same time, teammates Bernhard ten Brinke (Netherlands) and Belgian navigator Tom Colsoul moved up one spot in the overall standings, thanks to an excellent run that saw them post the second-fastest time on the stage, just 1:56 behind Al Attiyah/Baumel.

Ten Brinke/Colsoul lost time on the opening section of the six-stage race, due to multiple punctures and navigational challenges. But they fought back strongly on Stage 2, and now find themselves just 1:40 behind the third-placed crew of Yazeed Al Rajhi and Dirk von Zitzewitz, also in a Toyota Hilux.

After Stage 2, three South African-built Toyota Hilux race cars occupied places in the Top 4, with only the MINI of Jakub Przygonski (Poland) and Timo Gottschalk (Germany), in second place, spoiling the podium. French superstar, Stephane Peterhansel (MINI), with his German wife Andrea navigating for him, was in fifth place overall after Stage 2.

“We had another good run yesterday,” said Al Attiyah after completing the stage. “It was a really tough, long stage with lots of different terrain.

The navigation was also difficult, but Mathieu did a good job, and the toughness of the Hilux continues to amaze me.”

Next up is Stage 3, a test of 328 km that will start in the town of Kenderly. Crews will cover a liaison of 122 km before the start of the stage, which swings to the east before heading back towards Kenderly for the final time before the rally shifs to a new area.

Rally Kazakhstan consists of six stages, with the event drawing to a close on June 1,  in the city of Aktau.