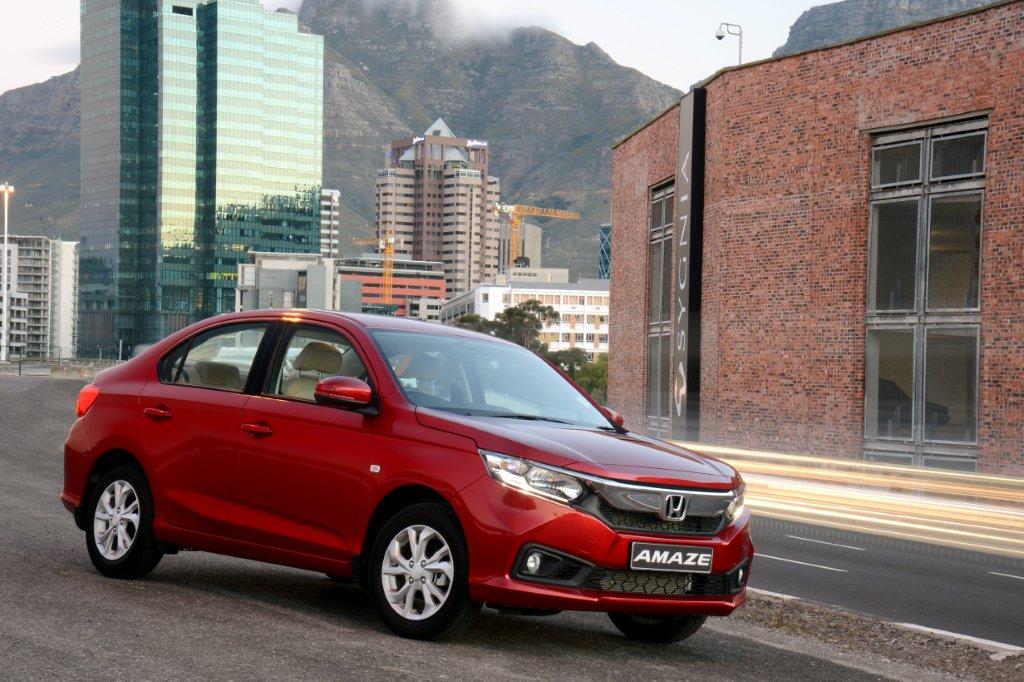 Brian Joss – Global NCAP and the Automobile Association of South Africa launched the third round of #SaferCarsForAfrica crash test results.

The three models tested show reasonable safety performance for adult occupants but disappointing results for child occupant protection. The models tested by Global NCAP are the Toyota Avanza, Honda Amaze, and Suzuki Ignis. The Avanza is a very popular model in South Africa for public transport and fleet use. Global NCAP chose the entry-level version of each model and each was fitted with at least two airbags as standard. The results highlight significant differences between adult and child occupant protection. Sikkie Kajee, chairman of AA South Africa said, “These results are encouraging but more work needs to be done to protect child occupants in vehicles. While we have minimum safety standards for vehicles in South Africa, we need to appreciate that minimum is not good enough. At the same time we want to encourage consumers to be more critical of safety features on vehicles before purchasing, and to be more mindful of their own, and their passengers’ safety.” David Ward, President and CEO of Global NCAP said,  “Global NCAP welcomes the four star performance achieved in our latest crash test results but we are disappointed in the levels of protection provided for child occupants, the most vulnerable of car passengers. “We look forward to the first five star car in Africa, and encourage auto manufacturers to meet our five star challenge and provide the levels of safety performance necessary for all passengers, whatever their age.” Global NCAP awards a separate child safety rating to each model in order to highlight the different levels of protection vehicles provide. Tests are conducted on the Child Restraint System (CRS) recommended by the car manufacturer. Because the only safe way for young children to travel is properly restrained in a child seat, the assessment checks how compatible the car is with the CRS recommended by the manufacturer, as well as the protection provided in the crash test. The three vehicles tested offer ISOFIX anchorages as standard but the tests showed poor levels of child occupant protection. Among the models tested, only the Avanza offered a three-point seatbelt for all passengers facilitating the required conditions to safely install a CRS in case it is not equipped with ISOFIX, in all seating positions, while all the others offered a lap belt in the middle position which makes it impossible to properly install a CRS and offers a much lower protection than a three point belts. Toyota Avanza  just managed to achieve four stars for Adult Occupant Protection despite the structure and footwell area rated as unstable. The restraint systems in the car worked properly which, together with the two Seat Belt Reminders (SBR), for driver and passenger, just met the requirements to achieve a four star safety rating for the adults. The Avanza achieved only two stars in Child Occupant Protection, which was explained by the detachment of the rear bench from the anchorages to the structure of the car as it was pulled by the CRS from the 3 year old dummy attached with ISOFIX to the rear bench.

Honda Amaze achieved a solid four stars for Adult Occupant Protection in the frontal crash test at 64km/h. The vehicle structure was rated as stable as well as the footwell area. The car offers seatbelt pretensioners for both front passengers and seatbelt reminder for the driver. Using the child seats recommended by Honda, the Amaze only achieved a one star rating for Child Occupant Protection. The child dummies contacted the interior of the car, showing evidence of head exposure and the probability of injury. In the case of the 18 month old CRS, the armrest opened (deployed) during the crash hitting the CRS, braking the handle lock and causing a rotation of the CRS that ended in the head of the dummy contacting the seat backrest. In the case of the 3 year old dummy, despite using a CRS with ISOFIX, its head contacted the interior of the car in the rebound phase. Both head contacts of both child dummies brought the head score to zero and with the broken CRS for the 18 month old dummy the full points of the dynamic test for this dummy were lowered to zero.

Suzuki Ignis achieved three stars for Adult Occupant Protection in the frontal crash test at 64km/h. The vehicle structure was rated as unstable and offered weak chest protection for the driver. Child safety of the Ignis achieved a low score because Suzuki did not recommend a CRS for the test.

Global NCAP considers that car manufacturers are responsible for all occupants in the car and for this reason they must always recommend the CRS to be used in the test. When they decline to do so, the car manufacturer is not awarded points during the test. Comparing this car with the same model for Europe, while the South African Ignis has two airbags and ABS as standard, the European version of the car offers as standard: 6 airbags (2 frontal, 2 side body and 2 side curtain airbags) and Electronic Stability Control. Launched in 2011, Global NCAP is a programme of the UK registered charity the Towards Zero Foundation. Global NCAP serves as a platform for cooperation among NCAPs worldwide, providing financial, technical and advocacy support to new programmes in emerging markets. Global NCAP leads the Stop the Crash Partnership and has consultative status with the UN (ECOSOC), is a member of the UN Road safety Collaboration and an observer at the UN World Forum for Harmonisation of Vehicle Standards. In 2016, Global NCAP received the Premier Prince Michael International Road Safety Award for outstanding achievement in vehicle safety. The Automobile Association (AA) has been in existence for over 85 years.

For the first time in Africa, the #StopTheCrash Partnership hosts live demonstrations of crash avoidance technologies in support of the United Nations Global Goals and the Decade of Action for Road Safety. Launched at the Kyalami Grand Prix Circuit in Johannesburg with the support of the Automobile Association (AA) of South Africa, the #StopTheCrash Partnership event has a special focus on the life- saving benefits of Electronic Stability Control (ESC), Autonomous Emergency Braking (AEB) and Anti-lock Braking Systems (ABS) for motorcycles. The technologies promoted by #StopTheCrash have the potential to save thousands of lives every year and the UN has developed international standards to help encourage countries around the world to mandate these life saving technologies. Many countries have taken a lead in adopting such legislation to protect drivers, riders and other vulnerable road users.

Global NCAP and the Stop the Crash Partnership encourages the South African government to take a leadership role for the African continent in the fitment of vehicle safety technology. For further information, to follow and share:  twitter.com/globalncap; facebook.com/globalncap ; instagram.com/globalncap and www.globalncap.org to see the videos of the crash tests.