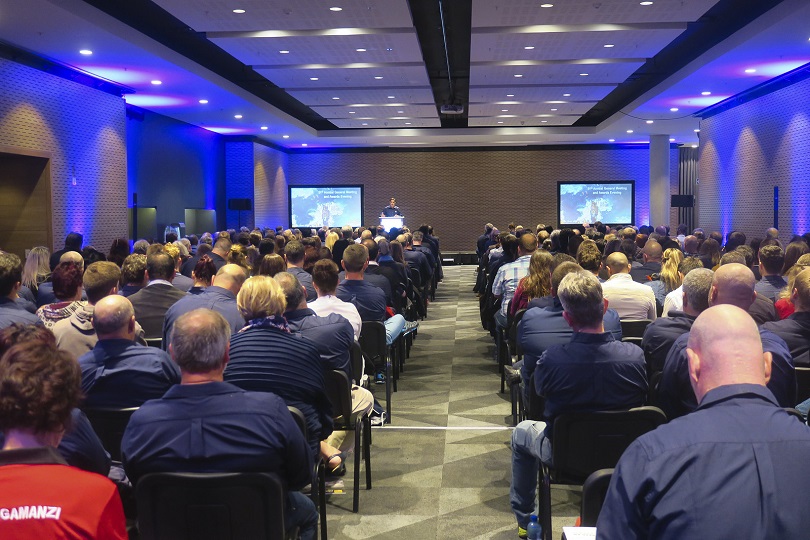 Thank you to Deon Govender,  DJ on East Coast Radio who was our MC for the evening.

Water Safety Recognition Award:  Luc Lepront for his quick thinking, and willingness to help someone he did not know who was in grave danger of drowning.

Directors’ Thanks Award to: Sage Khowa, Jon Caple, Everett Duarte and Marc Franz, for their bravery and determination when in the early evening of 18 February 2019, they went to the aid of three people caught in a rip current at Marina beach on the KZN South Coast. Using a Pink Rescue Buoy and a surfboard as emergency floatation, two international golfers were rescued and one of the rescuers was assisted from the water.

The Most Improved Station of the year 2018 is awarded to: Station 35 Witbank Dam

The Best RIB Station of the year 2018 awarded to: Station 37 Jeffreys Bay

MARMION MARSH TROPHY 2018 awarded to: Clifford Ireland for his individual noteworthy service to the cause of Sea Rescue in South Africa and his tremendous contribution towards the ORC 140 Project.

Directors’ Thanks Award to: Kantey & Templer Consulting Engineers who have through their generous sponsorship and excellent professional services, provided NSRI and Station 5 Durban with free engineering design services since 2004.

James Stalberg to receive award on behalf of Andrew Smith