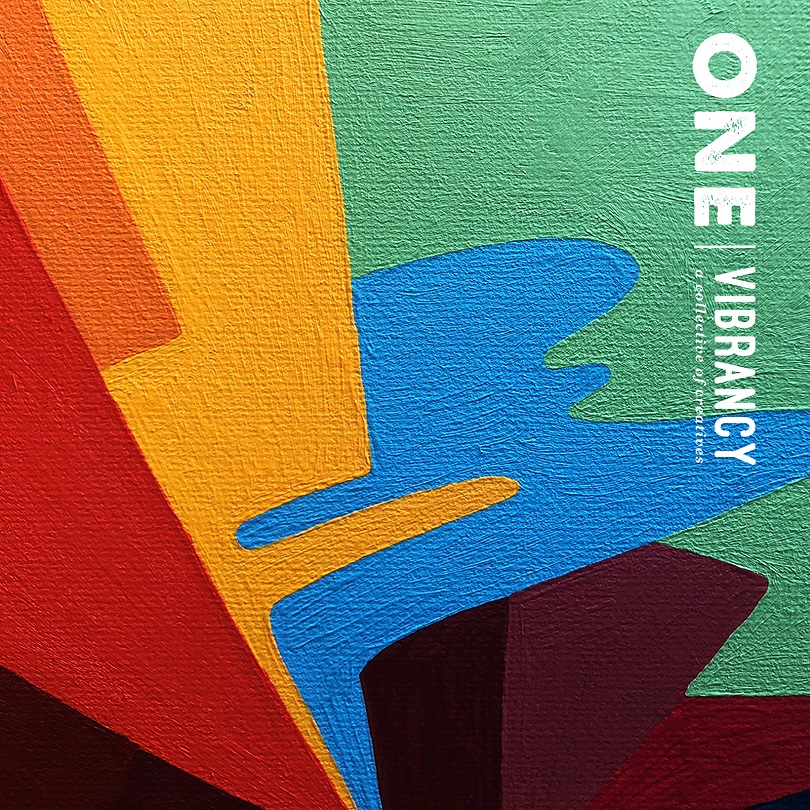 What happens when a diverse group of talented spiritual leaders, songwriters and musicians take a retreat in a space created specifically to bring about change and invigorate the soul? They birth enough soulful music to share a versatile and inspirational album with the world!

VIBRANCY – A COLLECTIVE OF CREATIVES is a project originally launched by in Harmonie in Franschhoek in 2018. The goal was to inspire a group of creative souls in the spiritual community to collectively make music about rest, restoration and reconciliation in a beautiful and peaceful environment under the guidance of American songwriter and mentor Rita Springer, who mentors artists like Kari Jobe, Jeremy Riddle etc.

“Our idea was that every person attending this retreat would leave in Harmonie with renewed inspiration, enthusiasm and courage; with new hope-bearing songs to sing and share in their communities; and with new friendships,” says experience designer Andriëtte de la Harpe.

However, the result of the gathering exceeded everyone’s wildest expectations – it led to the creation of a brand new album, ONE, which has just been released and is already capturing the hearts of music lovers everywhere. It boasts a rich and harmonious sound that, while unique to our country, also celebrates its diversity.

“The songwriters come from various cultural, denominational and racial backgrounds and created this music from a place of vulnerability. Relationships were formed to help build a bridge of reconciliation. The result offers a sneak peek at heaven-on-earth through music,” says Andriëtte. “We trust that all South Africans will sing these songs of hope and, in doing so, will contribute to the restoration of and victory over the current disharmony in our country. This album is a symbol of God’s faithfulness.”

The album will be available on all digital platforms from 7 June 2019, but can already be pre-ordered now by following this links:

Each of the seven songs on the album will also be released individually from 7 June over a period of seven weeks to radio stations nationwide, along with a lyric video, music charts and song story, to fully capture and share the impact of each track.   Churches will also be able to download sheet music to enable the entire country to participate in this initiative and sing proudly South African songs.  Gideon Nel is responsible for the creation of the extraordinary artwork that will appear on the album’s cover.

“As someone from outside the country and its circumstances, it was incredible to see that although there were many different cultures and languages involved in the creation of the album, the hearts and music of the parties involved spoke the same language of love. Something very special happened and the diversity of the cultures are captured in the words and melodies of every song,” says Rita Springer.

BE GLORIFIED, the first single VIBRANCY – A COLLECTIVE OF CREATIVES wants to share with the country, is sung by Sima Mashazi and was written by Sima Mashazi, Langa Mbonambi, Karien de Waal and Koketso Molaolwe. This single will undoubtedly capture the hearts of people across the country and will, through praise, spread a message of hope for the future.  It will be released to radio stations nationwide on Friday, 7 June 2019.

According to the team of writers they not only wanted to praise God for his loving kindness, but also wanted to dedicate the country to Him. “We hope that, despite circumstances, people will focus their hearts, attention and lives on praising God. It doesn’t matter who we are or where we are from, this song gives us the opportunity to celebrate God as one nation.”

Aside from the powerful lyrics and riveting melody, the message in BE GLORIFIED is shared in different languages (English, Afrikaans, Zulu and Sotho), which gives it a unique South African flavour.

“It was an incredible blessing to be a part of this process. To me, the music is symbolic of healing and reminds me that God knows who I am, even if I sometimes forget. It was an immense privilege to share this experience with such incredible songwriters and individuals,” says Sima.

VIBRANCY – A COLLECTIVE OF CREATIVES is more than a few songs on an album, an idea or concept, or even a movement. It is about relationships and family. It is a group that dreams about a better world, where we can proudly celebrate differences and diversity, because each one is loved and adds value.

We believe that it is important for South Africans to start singing songs that are relevant to today’s context and our history, and that it is time to speak healing and victory over our land and the disharmony we currently face as well as praying and singing over the future of our country,” concludes Andriëtte.

Click here to watch the song story for BE GLORIFIED:  https://www.youtube.com/watch?v=7XTmlJK1rFQ