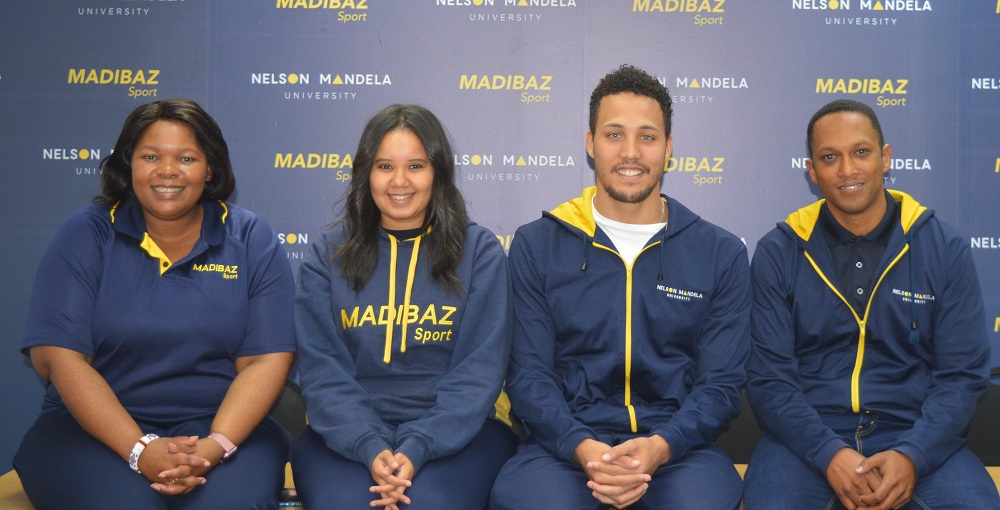 Madibaz Sport will be well represented in a variety of roles when the South African squad take part in the World Student Games in Italy from July 3 to 14.

The event, to be held in Napoli, will see Madibaz director of sport Yoliswa Lumka as the deputy head of the SA contingent.

She will be joined by swimmer Alaric Basson, Andrew Kock, who will manage the athletics team, and Brittany Blaauw, who has the role of social media officer.

Lumka, who has served in this role previously, said they were excited about the Madibaz representation in the squad.

“The hope is to keep increasing the number of representatives we have in national teams,” she said.

Madibaz sprinter Luxolo Adams was also included in the squad, but Kock said he had to withdraw through injury.

“It is a pity because Luxolo would have definitely been a medal contender,” he added.

Lumka, whose focus will be on player preparation, medical support and logistics, said they were aiming for an improvement on the last event in Taiwan two years ago.

“We won five silver medals then and finished 44th overall. Our aim for Italy is a minimum of eight medals.”

Ace swimmer Basson will be attending his third World Student Games and said he would also be seeking an improvement on past performances.

“I will be competing in all the breaststroke events at the Games and the aim is to make a final and put in a good swim to come away with a medal,” the Uitenhage-based swimmer said.

Kock, who works at Nelson Mandela University as a senior recruiter, also has previous experience of the Games, having attended the 2015 event in
Gwangju, Korea, as a coach.

“My focus was on the sprints and hurdle events then and we won the 100m gold medal with SA 100m record-holder and SA 200m champion Akani Simbine and bronze in the men’s 4 x 100m relay,” he said.

“It’s always an honour to represent your country and this time I felt surprised at first and then honoured and excited to have been shortlisted and then appointed.

“We have a good mix of youth and experience and we will be happy with four medals as we have potential contenders across all disciplines.

“As this is the second biggest event in terms of participation to the Olympic Games we are aware of the big task ahead. But we will give it our all and represent South Africa as best we can.”

“I am extremely excited, humbled and blessed to be part of the management team,” she said.

“I will act as the USSA [University Sport South Africa] social media officer and my vision is to provide online users with a taste of what the event is all about and to make them feel a part of the journey.

“The aim is also to create exposure for all the #TeamSA student sportsmen and women, as well as for the organisation itself.”