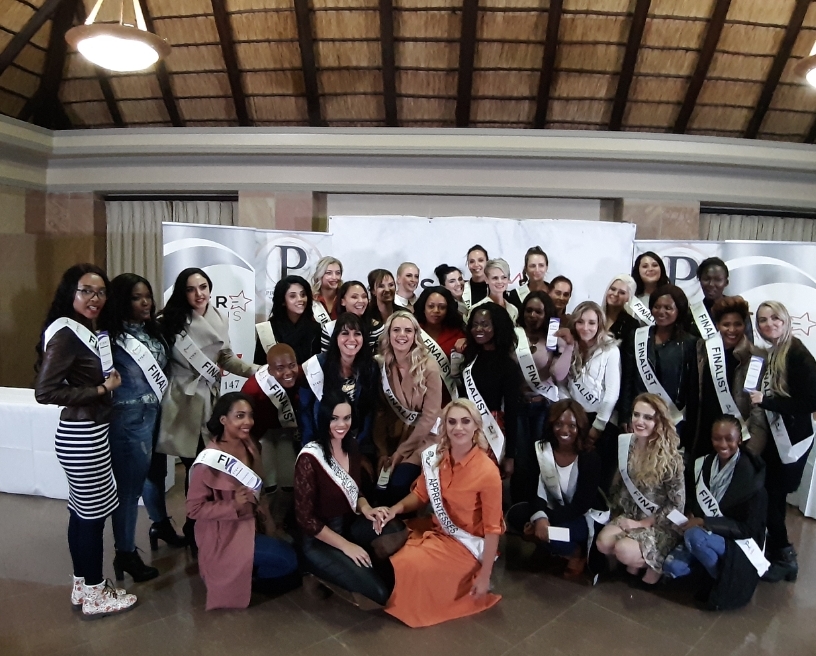 Many young girls dream of being in the spotlight, whether as an actress, model, singer, television presenter, businesswoman, journalist, celebrity or social media star. However, it is not as easy or glamorous as it appears, and it takes a lot of hard work and the right contacts to get a foot in the door.

Since 2014, the women’s empowerment project Apprentesses SA has been helping women between the ages of 20 and 35 realise their dreams of finding their place in the spotlight. This year, the successful initiative will don a new coat in the shape of a reality show, STER-STATUS, which will be broadcast every Monday at 18h00, from 5 August 2019, on VIA (channel 147).

Last year’s winner, Luré Delport, will be the first official presenter of STER-STATUS, and will then hand over the reins to 2019’s winner. “The reason for this is to further empower last year’s winner by automatically growing her platform by offering her an opportunity to become a television presenter,” explains founding member and executive director of Apprentesses SA, Tarien Cronjé. “Actor David Konrad (Binnelanders, Getroud met Rugby) will be mentoring Luré throughout the process and will advise her during the programme, and her journey will be captured on camera.”

The goal of this reality competition is to prepare young women (millennials) for a life in the limelight by introducing them to the entertainment industry through workshops, training sessions and various other challenges. After each phase of the competition, participants who didn’t make the grade will be eliminated. Although there can only be one winner, all participants will benefit from the experience as they will get exposure across various social platforms, learn about styling, build relationships with industry experts, make a difference through charitable work, and have the opportunity to act as brand ambassadors.

According to Tarien, the goal of Apprentesses SA is to offer women an opportunity in the entertainment industry by equipping them with the tools, advice, contacts and opportunities needed to build their self-esteem to chase their dreams. While the project’s main focus is on empowering these women, it also encourages them to give back to their communities by doing charitable work.

“I own the designer business Kyna Consili and have often seen girls burst into tears when wearing the perfect dress and finally realising how beautiful they are. In that moment they are radiant, because they have generally been believing that they are not worthy of realising their dreams. However, when they do get the chance, they are often so desperate that they end up in a bad situation,” she says. “Apprentesses SA was born from the desire for mentorship and guidance to help these women chase their dreams and overcome obstacles.”

The first season of STER-STATUS will consist of six episodes, during which the winner and runners-up will be announced at a gala event at the Atterbury Theatre in Pretoria on 10 August 2019.

This glamorous event will give participants a taste of what they can expect from a VIP lifestyle and promises to be swanky function that will include everything, from arriving on the red carpet with some of the country’s biggest stars and media interviews, to champagne, flashing cameras and the chance to enchant the country on stage.

Family and friends can be part of the STER-STATUS FINALE. Tickets for the formal event will be available on iTickets and will range from R160 to R250 per person. Red carpet proceedings will kick off at 18h00, after which guests will be entertained by videos of participants during their journey, live entertainment by famous artists and the announcement of the winner. Groenland Wines will also be part of the evening to ensure that there is enough wine for a toast or two. Keep an eye on social media for more information.

“Aside from the fact that we can, for the first time, share the work of Apprentesses SA in television format, with VIA viewers, this year’s competition will be extra special as it will be dedicated to one of our contestants, Kayla Burger, who passed away in a car accident a few weeks ago,” reveals Tarien. “She entered the competition with her cousin, Alicia. The accident affected all the girls deeply. The beautiful part is how all the contestants supported this family in unity. Alicia decided to continue her journey in memory of Kayla.”

STER-STATUS promises to keep those who love reality television and have a heart for charity glued to their screens this Women’s Month. The show is a prime example of what can be achieved when someone is willing to invest in a dream.