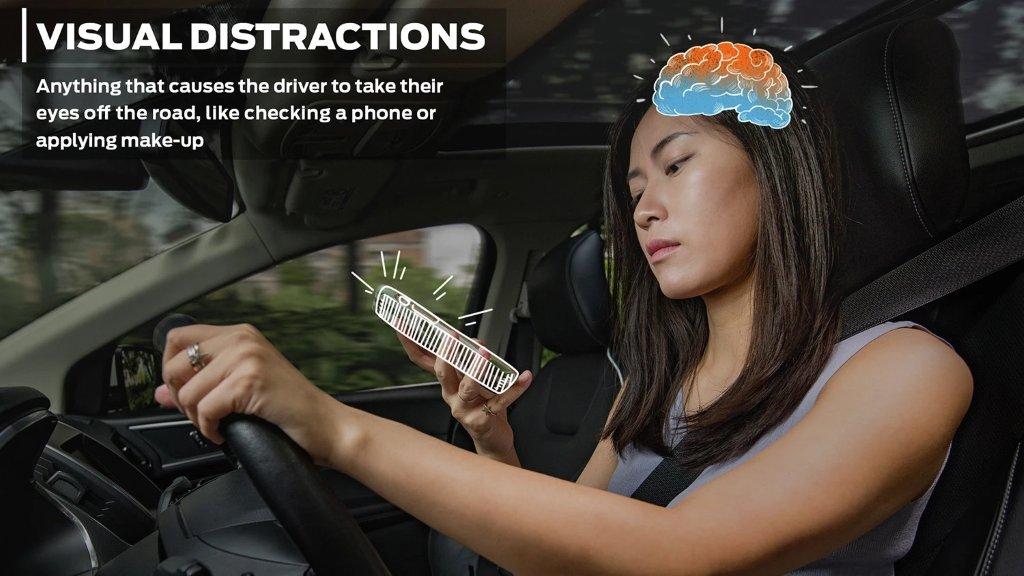 Brian Joss – Every text, emoji and selfie which captures your attention limits your awareness while driving, putting you and those around you in unnecessary danger. Yes, even “just one” text can cause an accident. And that’s one accident too many.

You’ve heard it before, but the reality is that every time you pick up your phone while driving, you see and concentrate less. You stop looking around at your environment – in front, behind, to the right and left. Your field of vision shrinks. You don’t even see what’s in front of you.

Research shows that the brain has difficulty processing two tasks simultaneously. It can switch between the tasks but will perform each more slowly. Many people think they can do two things at once – like talking or texting on the phone while driving – but it’s just not possible to concentrate fully on both. Drivers stop monitoring their environment. And new drivers in particular aren’t in the habit of scanning the road for hazards – with a phone in hand, it’s an even more dangerous combination.

Derek Kirkby, Training Director for Ford’s global Driving Skills for Life (DSFL) programme in South Africa, says: “In my experience of training hundreds of drivers, I’d say that even normal, everyday driving uses around 85 per cent of your mental load. Sending one text or selfie, and even talking with a passenger, can overload the brain while driving – increasing the risk of an accident.”

Further study shows that distracted driving cuts a driver’s field of vision by as much as 50 per cent. This means that drivers don’t “see” important objects which are right in front of them, like red lights, pedestrians and obstacles in the road, putting everyone at risk.

“When you’re using 85 per cent of your brainpower to drive, your mind isn’t capable of doing much else,” adds Kirkby. “Regardless of whether you’re a professional or new to the road – you will be a safer driver if you understand how much of your brain you’re using just to drive the car.”

Using a cell phone while driving is all four!

According to the World Health Organisation (WHO), over 1.25 million people die each year as a result of road traffic crashes and between 20 and 50 million more people suffer non-fatal injuries. They found that drivers using cell phones are approximately four times more likely to be involved in a crash than drivers not using a cell phone.

Ford Motor Company has developed advanced restraint systems and innovative features as part of the Ford Co-Pilot360TM suite of driver-assist technologies, like Pre-Collision Assist with Pedestrian Detection, to help customers drive more safely and confidently. Ford’s hands-free SYNC technology also helps drivers to keep their full attention on the road while driving, but it’s ultimately up to each individual to keep their eyes – and minds – on the road for their continued safety. So, park your phone to ensure you stay aware of everything happening around you.