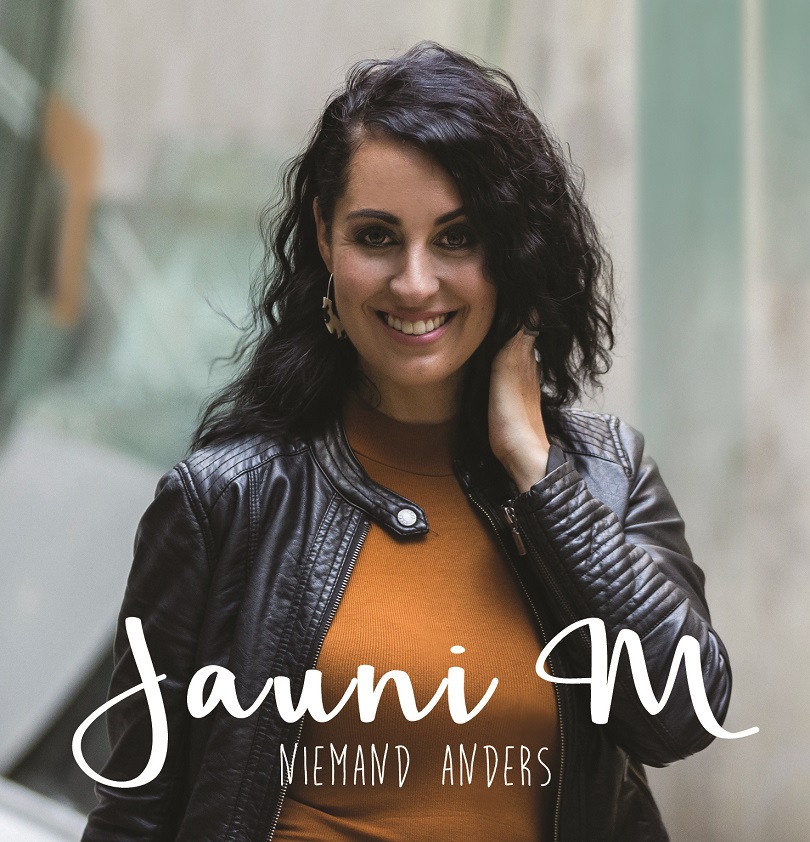 There are few singers who are versatile enough to have an impact on various genres in the music industry. With her debut album, NIEMAND ANDERS, Jauni M not only proves that her talent is not limited to a specific style, but also ensures that the South African public will not be able to forget about her soon.

Her debut solo album, which deals with love and the choices surrounding it, has an adult contemporary sound and is the result of five years of hard work. It boasts twelve original hits, penned in collaboration with popular lyricists such as Zanda Traut, Deon Meiring and Emil Struwig, which ranges from upbeat, easy listening tunes to deeper compositions. “This contemporary album has something for everyone, ranging from Pop and Country to Rock. My husband, life, choices, people and love serve as inspiration for my music,” she shares. “This is not an ordinary Afrikaans pop album, but my story told through music. All the songs have emotional depth and special meaning. They are honest and about real things that happened to me or people that I know.”

Sonder Jou, a duet that was released earlier with Glaskas’s Deon Meiring, will also be featured on the CD, as well as a duet with musician Neil Theunissen called Kyk Weg (Kyk Vir My) saam met die musikant Neil Theunissen. “The album was recorded by Sean Manley at Manley Recording Studios in Garsfontein. We worked very well together and they helped me to create the final product.”

Although she does not really want to single out a favourite, the singer reveals that Sterre and Keuses are both close to her heart, because it says a lot about who she is. “These songs are filled with feelings and emotions… happiness and sadness. It is very important to me to tell stories that are true. That is why these two are my favourite tracks on the album,” the star explains. She is also very proud of This is It, which was written by the artist herself and composed by Jaco van den Berg.

The titular track, which was also Jauni M’s debut single and music video release, is a country pop track with a rock vibe that perfectly showcases her unique voice. This upbeat track was written by Zanda Traut and Deon Meiring and was very well received. It not only featured on the charts of various radio stations, but the music video can also be seen on TV

Her latest single, Liefde Soos Dagbreek, has just been released and is about the kind of love that only comes by once in a lifetime and should be treasured. “It is about true love. A love that is as beautiful as the break of dawn, the singer reveals about the theme behind her latest release. “Daybreak is definitely not always the same, but is beautiful and unique in its own way.”

This Afrikaans contemporary track was written by Emil Struwig and is one of those chillingly beautiful songs that stays with you after hearing it for the first time and that audiences of all ages are able to relate to. “Just like dawn, each love relationship differs from another. To each couple, the love that they share is precious and unique,” she adds. It has already been play listed on various radio stations and she is looking forward to sharing the music video with fans soon.

The video was filmed in two of the singer’s favourite towns in the Western Cape, Wilderness and Knysna, by Daniel Rademeyer and Jannes Erasmus. Her hair and make-up was done by Natasha Bouma, who also designed the dresses Jauni was wearing in the video with Chomba Kasona. The beautiful nature scenes in the video also complement the message of the song, which is that true love is as beautiful as the break of day.

Jauni M lives in Parys, Free State with her husband and daughter. Her love for music started at a young age, as she was always busy entertaining her family members with song and dance. She has always enjoyed an active and adventurous lifestyle and enjoys any activity that gets her heart rate up. The brunette has been working in the music industry for nearly a decade and has had the privilege of working with big names like Touch of Class’s Ruhan du Toit.

When she is not on stage, she runs a shop called Fish2Feet with a friend in Parys. Over the years, the star has performed at various festivals and functions and shared the stage with numerous artists like Kwaggabees, Roan Ash and more.

The singer has great admiration for local talent such as Riana Nel and Roan Ash and international acts like Pink, Little Big Town and Sugarland. She credits artists like Brandi Carlile, Bryan Adams, Daughtry and Ward Thomas, with their country rock approach, for having the biggest influence on her own work.

This country girl dreams of inspiring people all over the country with her music. Jauni M’s first solo album is a combination of different musical genres, which is enjoyable to listen to and will make fans look forward to relaxing evening in front of the fireplace. Her unique approach, versatility and soothing voice are the perfect ingredients for a recipe that will remain popular for many years to come.