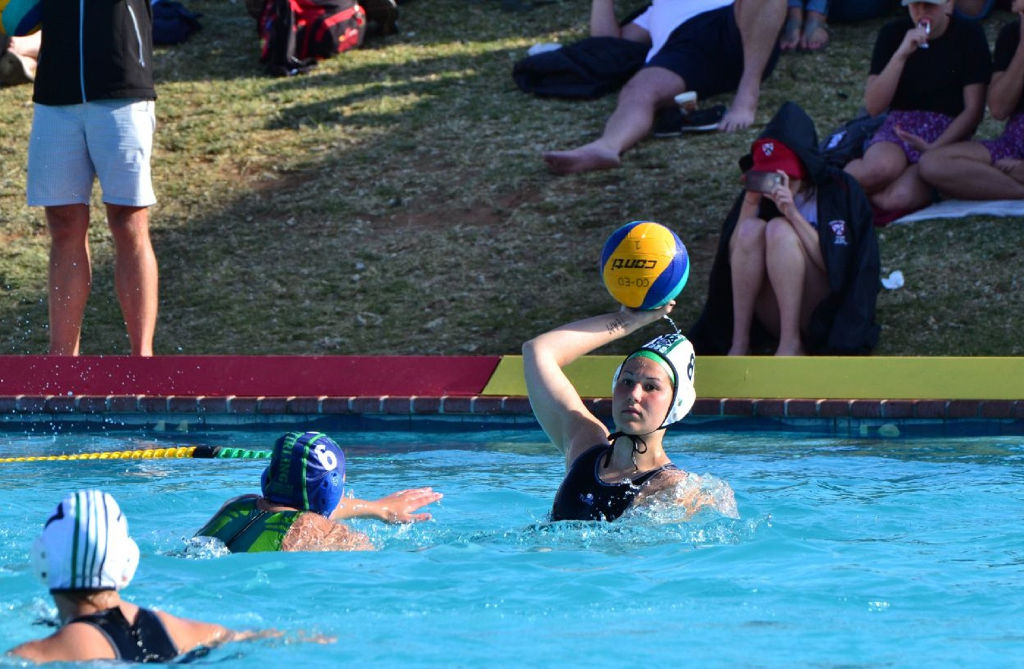 A passion for the sport and plenty of hours in the pool paid off for Madibaz water polo star Casey Mcleavy when she was named the female player of the year at the recent Nelson Mandela Bay Aquatics prize-giving.

The 19-year-old was one of several Nelson Mandela University aquatic student-athletes recognised for their achievements at the function in Port Elizabeth.

Mcleavy, who grew up in Port Elizabeth and lives in Summerstrand, said she felt the award was recognition for the time she had spent in training.

“A lot of commitment, long hours of training and a love of the sport have helped me get this far,” said the second-year BSc student, who first took up water polo when she was 13.

“In addition, input from several coaches and support from my family and friends have played a big role in my development.”

She said there were several requirements to becoming a success in the water-polo pool, with the most important being having the right attitude and discipline.

“Mentally you must always be willing to listen to your coach and to remember that no matter how good you are there is always something new to learn.

“And then having the discipline to give up things that fall in the same time slot as practices and getting to bed early the night before early training or matches are essential.”

Mcleavy added that she also focused on extra fitness training and having respect for coaches, officials and opponents.

Having attended St Dominic’s Priory junior school, she was introduced to the sport by friends and soon fell in love with it.

“We used to mess around in my friend’s pool with her dad teaching us some moves and then I joined a junior club run by Kate Mather, where we learnt the basics.

“When we moved to Summerstrand and I started high school at Pearson I was blessed to have some phenomenal coaches in Karla Newton, Delaine Christian and Luke Manthe.

“I thought I was fit until Delaine showed us exactly the definition of fitness, for which I am forever grateful.”

Mcleavy said Manthe, her first-team coach, added a new dimension, while she continued her development at Madibaz under Jono Watkins.

“Between Jono and Luke I have had an enormous amount of support, which has helped me in my career.”

Having turned out for EP representative teams from the U13 age-group, she has also represented national teams at the U21 and U25 levels. For the national U25 squad, Mcleavy competed in the European Union Nations tournament in the Czech Republic last year.

She added that balancing her sporting commitments with an academic career was always difficult.

“My degree must definitely come first, but I have always been encouraged by my coach [Watkins] to constantly improve my game and fitness. He backs our team always.”

Acknowledging the role her coaches had played, Mcleavy said she also had many role models among the teammates she competed alongside over the years.

“Water polo is not just a game, it is a lifestyle. I have made lifelong friends through this sport from all over the country and it has taught me valuable life lessons.

“You don’t just play water polo, you end up loving it.”

Other awards at the NMBA function went to: