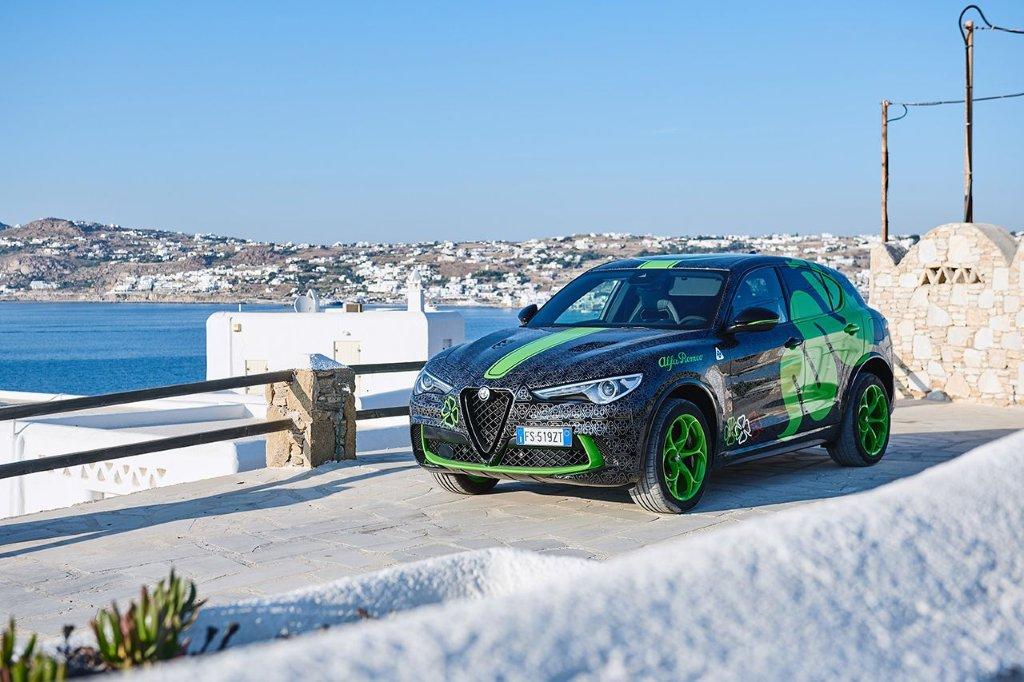 Brian Joss – The Gumball 3000 is a non-competitive motoring event covering a course of almost 5,000 kilometres, on roads open to traffic, and every edition visits locations the international jet set plays.

Celebrities from all over the world regularly take part: artists, entrepreneurs, trendsetters and philanthropists, all helping to raise funds for, and boost the media profiles of, the Gumball Foundation’s charitable projects. In fact, the Foundation supports youth and educational projects, sports, infrastructure and environmental programmes, all over the world. So the real winner is always charity.

This year, the Gumball rally will cross Europe starting from Mykonos to conclude in Ibiza on 15 June, and will pass through Athens and Thessaloniki en-route for the “Porto Montenegro” yachting paradise in Tivat. The cars will then drive through Croatia, reaching Venice on 11 June. On 12 June all the crews will parade on the Balocco (Vercelli, Italy) Proving Ground, enabling Alfa Romeo to welcome the Gumball’s unique mix of fantastic cars, enjoyment and celebrities to its home. This Proving Ground is one of the Brand’s most significant locations, birthplace of the Alfa Romeo racing teams’ models which went on to win on the world’s top circuits. The stage will then proceed to Monaco, and the next day the rally will reach Barcelona, before its conclusion in the Balearics.

However, the hot laps at the Proving Ground are not Alfa Romeo’s only homage to the Gumball’s twenty-year history: at the start, all the fans were stunned by a magnificent, specially prepared Stelvio Quadrifoglio SUV, a one-off with custom paintwork created by the Alfa Romeo Design Centre.

This follows on from the special livery seen on the Fiorano circuit on 14 February, during the shakedown of the “Alfa Romeo Racing” team’s C38, when Kimi Räikkönen took part in a test session at the wheel of a racer with unique San Valentino paintwork, alternating cloverleaves and hearts.

For this special Stelvio Quadrifoglio, taking part in the Gumball, the Alfa Romeo designers have chosen a theme in keeping with the brands’ luxury sports image, emphasised by touches of colour and eye-catching features of the kind typical of the liveries of the luxury cars, supercars, prototypes, racing cars and one-offs that make this event so special.

In fact, the Volcano Black bodywork is ornamented with a grey cloverleaf motif that reproduces the iconic logo across the entire surface, and this underlying pattern is adorned with fluorescent green decorations portraying the most distinctive items in the Alfa Romeo iconography. These include a large snake on the side panels, Alfa Romeo lettering in the most classical font on the rear window, and the brand logo occupying the whole roof. The 20″ alloy wheels are in the same colour, as is the Alfa Romeo logo that stands out on the black brake callipers, specially created for a style that is guaranteed to attract attention, aided by the burnished rear light clusters: this Alfa Romeo Stelvio will thrill spectators in eleven European countries, and not just for its performance or the unmistakable Quadrifoglio sound generated by the 2.9 V6 Bi-Turbo with its massive 510 HP.