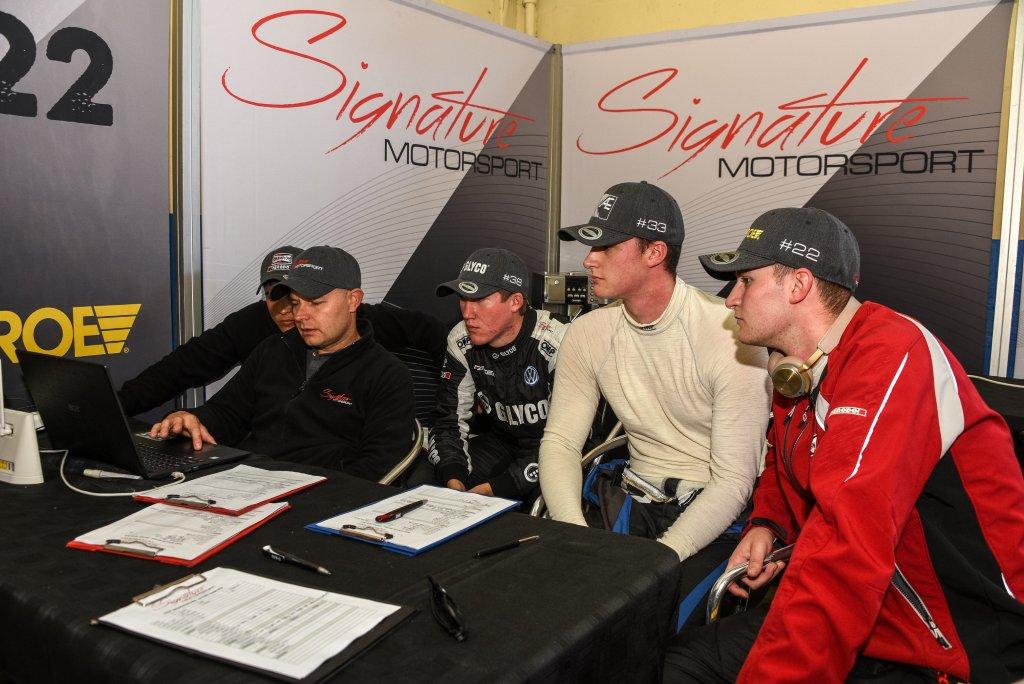 Brian Joss – The famed Aldo Scribante Racetrack on the outskirts of Port Elizabeth will play host to motorsport’s fiercest battle when Round 4 of the Falken Polo Cup is contested this weekend June 14 and 15. The iconic circuit is not far from Volkswagen Motorport’s headquarters in Uitenhage where all of the Polo GTi’s in the series were built.

“We’re very excited to have the popular series come to our backyard for the first time this season,” commented Mike Rowe, head of Volkswagen Motorsport.

“To have 25 identical Polos driven by young and talented drivers all fighting for track position is always a great recipe for excitement. Add to that the nature and the layout of the iconic Aldo Scribante circuit and Eastern Cape race fans are in for a treat.”

Volkswagen, who builds thousands of Polos not far from PE at their majestic Uitenhage plant will also continue to be a responsible investor in both people and in the communities in which the company operates. “This is why Round 4 of the Extreme Festival which of course includes the Falken Polo Cup will be known as the Volkswagen National Race Day,” Rowe continued.

Volkswagen’s partnership with the Aldo Scribante circuit will no doubt ensure that friends and families have a fun-filled day off the track while a number of title hopefuls will battle it out on the 2.5 kilometers of tarmac that make up the circuit.

Backing defending champion and current championship leader Jeffrey Kruger to be near the front of the field will always be a safe bet. After three victories, one pole position and two fastest laps in the seven races completed so far in 2019, Kruger has accumulated a mass of 94 championship points putting him 20 points clear of his nearest rival as the series aims to reach the halfway mark. The rival in question is Bradley Liebenberg who himself has managed to record two wins, two pole positions, and two fastest laps. It is expected that the battle between these two will intensify even more in Port Elizabeth.

But they won’t be the only two fighting for victory as the very nature of Falken Polo Cup means that a number of people are all capable of winning.

One such driver is former champion Chris Shorter who currently shares third on the points table with Clinton Bezuidenhout on 56 points. There is another tie for the next position on the points table with brothers Jason and Keegan Campos each on 44 points with Cape Town driver Jurie Swart just a further two points back following a popular win at his home circuit a few weeks ago.

From a Volkswagen Motorsport point of view, all eyes will be on Jonathan Mogotsi. The 2016 Volkswagen Driver Search winner went on to win a Polo Cup race in his first year of competitive motor racing during 2017. The venue for this great moment was nowhere else than in Port Elizabeth, so Mogotsi who ended third in the 2018 title chase will be more than eager to claim yet another win and get his title fight back on course.

“We are looking forward to a full day of action during the Volkswagen National Race Day and we can’t wait to see what the Falken Polo Cup is going to dish up. Kruger will have a hungry pack breathing down his neck and I’m sure we’ll see a competitive day form Mogotsi as well,” concluded Rowe.

Fans will get the opportunity to witness a number of practice sessions on Friday while qualifying and three full races are all on the cards for Saturday.