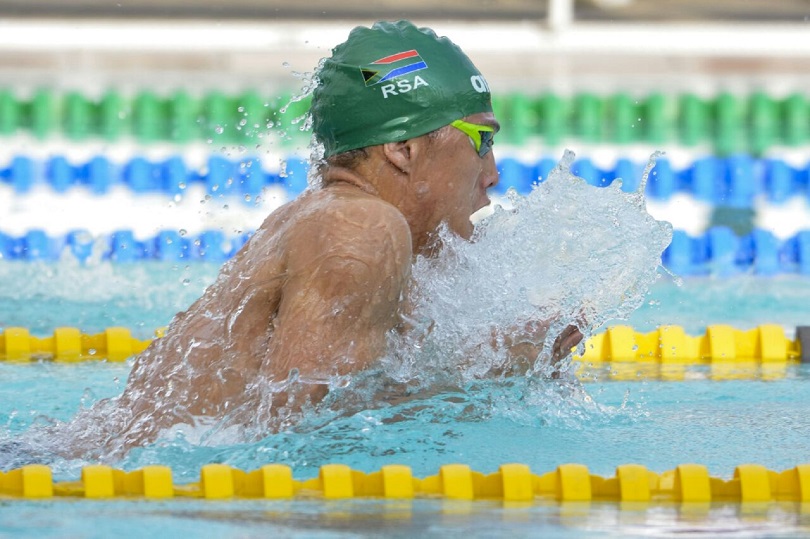 Madibaz swimmer Alaric Basson has taken another step forward in his career by being included in the South African squad to participate in the World Aquatics Championships in South Korea next month.

The 23-year-old Uitenhage-based star will make his first appearance for South Africa at this level and is relishing the opportunity to test himself against the best in the world.

The championships will take place in Gwangju from July 12 to 28, marking a busy time for the construction management post-graduate student.

Basson will first attend the World Student Games in Napoli, Italy, from July 3 to 14 before turning his attention to one of international swimming’s top-level events.

“It’s really an amazing feeling to have been considered and selected to take part in the Fina World Champs,” the ace breaststroker said.

“This will be my first time at an event of this standing and I feel that making the SA squad is one of my best achievements to date.”

He added that he would be swimming in his specialty 200m breaststroke event, but was not sure at this stage if he would be included in any other races.

“But either way, the goal for this year was to try to get as close as possible to the Olympics qualifying times and I feel the Fina Worlds will be a good platform to do that as I will be racing against the best in the sport.”

Qualifying for the 2020 Tokyo Olympics is high on Basson’s priority list and he is hoping the experience he gains in Gwangju will put him on track for the next Olympic trials, which will be held next year.

Madibaz Sport aquatics manager Melinda Goosen said Basson was the first swimmer from Nelson Mandela University to reach this level and his success would be an inspiration to others.

“Alaric joined the Madibaz swimming family four years ago when he started his studies at Nelson Mandela University and he has been an absolute revelation,” she said.

“Every year he has gone from strength to strength and his selection for the national side to go to the World Championships is a major highlight for the club.

“We are so proud to have a swimmer reaching such heights and it’s recognition for the hard work he has put in, which is all starting to pay off.

“Alaric is a true ambassador for Madibaz Sport and we are looking forward to great things from him going forward, with a keen eye on the Olympic Games coming up in 2020.”

CAPTION: Madibaz swimmer Alaric Basson will compete in his highest ranked event yet when he represents South Africa in the World Aquatics Championships in Gwangju, South Korea, from July 12 to 28. Photo: Supplied