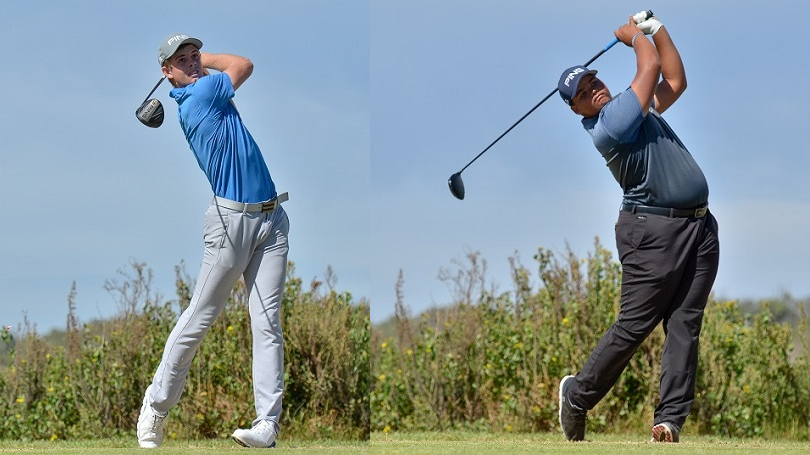 BENONI, 11 June 2019 – Caitlyn Macnab and Kiera Floyd hope to extend their winning form with success in the Toyota Junior Golf World Cup in Japan from 18-21 June, while fellow Ekurhuleni golfer Jayden Schaper will lead a seven-strong GolfRSA National Squad at the Amateur Championship in Ireland next week.

The two anchors of the victorious Ekurhuleni team that lifted the SA Women’s Inter-Provincial title late last year combined with Moodley to win the All Africa Junior Golf Challenge in March for a second successive time.

This secured the trio a trip to the prestigious team event, supported by JAL, in Japan, while the Boys Team booked their berth with South Africa’s 21st consecutive victory in Botswana. The GolfRSA Girls Team will face off against eight top teams from around the globe, while the Boys Competition has drawn 24 teams to battle for glory at the Ishino Course.

Macnab and Floyd teamed up with Nadia van der Westhuizen from Benoni Country Club last week to lift the prestigious Swiss Team Trophy in the SA Women’s 72-Hole Teams Championship and the duo are excited to keep the winning run going in Japan.

“Kiera, Kai and I combined really well at the All Africa Junior and we have formed a strong bond on the GolfRSA Women’s Elite Squad. We are determined to break into the top five this year in Japan,” Macnab said.

The 17-year-old Serengeti golfer had a particularly a profitable week at Maccauvlei Golf Club.

In addition to guiding her team to victory, the Ekurhuleni captain also won the Individual Competition at Maccauvlei and the two-shot victory took Macnab back to number one on the Open Rankings.

“It was a really tough week for everyone, on a very tough course with very fast and slick greens and some seriously testing pin positions. Like everyone else in the field, Caitlyn, Kiera and Nadia also had their ups-and-downs during the tournament, but they hung on and pulled it through,” said Womens Golf South Africa president Sally Greasley.

“The key to success in any team competition is to play the best golf you can and to play for each other. You have to trust that your team-mates will have your back when you’re not at your best.

“It’s a philosophy and culture we instil and encourage in all the GolfRSA Squads and I believe both teams going to Japan this year will fair really well. They truly understand the culture of doing your best as an individual in the interest of the team.”

The GolfRSA National Squad crew in Ireland will have quite a few days to prepare for the Amateur Championship and will spend the time honing their links skills at the two host courses, with a visit to the highly-esteemed European Club scheduled, as well.

The six golfers who will fly the flag for South Africa with Schaper include Yurav Premlall from Ekurhuleni, Luca Filippi from Western Province, Southern Cape’s Jordan Duminy and Free State trio Therion Nel, Christiaan Burke and Wilco Nienaber, who made history last year as the first South African medallist since qualifying was introduced in 1983.