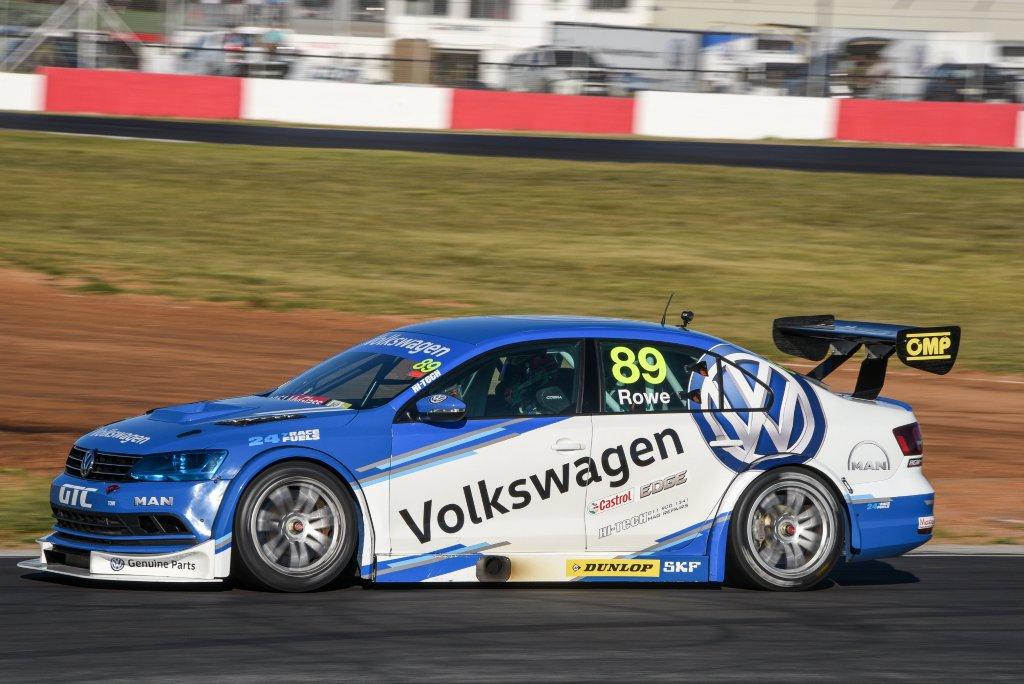 Brian Joss – Volkswagen Motorsport’s Keagan Masters and Daniel Rowe will have a bit of added pressure on their shoulders this weekend,  June 14 and 15,  when Round 4 of the Global Touring Cars (GTC) series pays a  visit to the Aldo Scribante Racetrack in Port Elizabeth. Volkswagen will host the national race day on a circuit that can be described as home for the Uitenhage-based company, so all of its drivers will be eager to perform.

After three rounds of the 2019 GTC series, Volkswagen’s Keagan Masters and Daniel Rowe find themselves in second and third respectively on the drivers’

points table with only a single point separating the two teammates. So their objective for the coming race weekend will be twofold: firstly to do sponsors Volkswagen proud at their home race and in front of their home fans, but most importantly to try and take over the lead in the drivers’

standings as well. The points accumulated by Masters and Rowe so far in 2019 gave Volkswagen a very healthy lead as far as the Manufacturers’ race is concerned, but it’s the points that come with race victories that they will now be after.

“We have had great pace so far this season,” said Daniel Rowe in the week leading up to his home race. “Personally I think that we were unlucky to not have won more races considering our pace and how good the car has been so far, so I’m really hoping for a good weekend in PE.” It will indeed be a home race for Rowe who grew up in Port Elizabeth. “I know the circuit well and I have many friends here, so my goal is definitely to fight for victories. Wins also yield good points so a win or two that takes us to the top of the points standings will be the ultimate reward for the whole team.”

The GTC Jettas are based in Gauteng where they are prepared for each race.

So although Port Elizabeth is considered to be a home race, the team will have to dig deep to beat arch-rivals Audi who are based at the Aldo Scribante circuit. Fortunately for Volkswagen, they have another weapon in the form of Keagan Masters who has shown great maturity so far in 2019.

“It’s been a steep learning curve to make the move from front-wheel drive Golfs to the much more powerful and rear-wheel drive Jetta,” said Masters.

“But I’m learning a lot from my teammate and our pace is improving with each outing. I’m looking forward to the challenge of taking the fight to our rivals this weekend,” said the man who currently occupies second on the points standings.

As far as GTC2 is concerned, Volkswagen will be hoping that it will be business as usual. The Golf GTI’s have dominated the season so far with Bradley Liebenberg winning all but one race and teammate Adrian Wood finishing a close second on four occasions. Both Liebenberg and Wood were involved in a first corner incident during the last race in Cape Town, but the team has worked hard in order to ensure that they will once again be at the front in PE. “I’m really looking forward to the weekend and to represent the Volkswagen brand in their backyard,” said Wood. Liebenberg was equally excited: “I can’t wait to take on the track as well as the competition in Port Elizabeth and hopefully get our winning streak back on track,” he said.

Head of Volkswagen Motorsport, Mike Rowe was quick to add that it will be an important weekend for the team. “We want to do well for our company and our home fans, but we also need to win some races and championships at the same time. But I’m confident that our drivers can do the job and I would also like to thank the entire team for all the hard work that they have already put in to ensure that we will have competitive cars that will enable us to do the job,” said Rowe.

The teams will have a number of practice sessions available to do final testing and setup on Friday while the all-important qualifying session and two races are all scheduled for the Saturday.