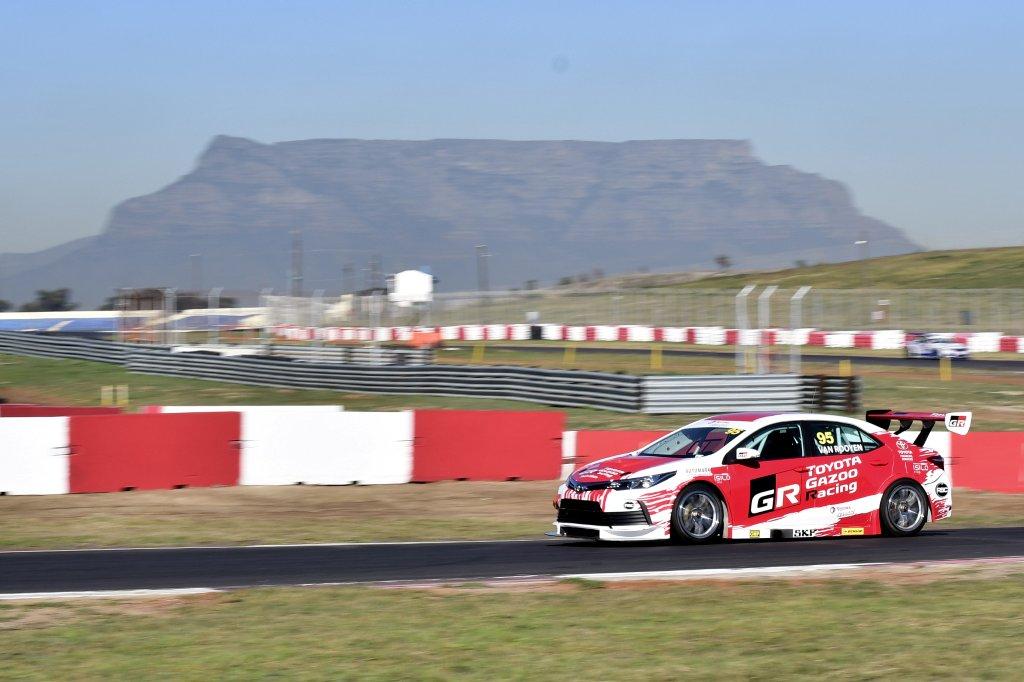 Brian Joss – Toyota Gazoo Racing SA’s Michael van Rooyen will be heading to Port Elizabeth this weekend, for Round 4 of the 2019 Global Touring Cars (GTC) championship at the Aldo Scribante Racetrack.

The Rustenburg Rocket had a tough outing in Cape Town for Round 3 of the championship, but is aiming for a better result in the Friendly City on June 14 and 15.

“We really struggled with electrical issues in the Cape,” explains Van Rooyen. “We also faced some challenges in terms of balancing the car properly, but both of these issues have been sorted in the meantime, and we’ve done quite a bit of testing.”

In stark contrast to the journey to the Mother City, Van Rooyen is heading to Port Elizabeth with his Toyota Gazoo Racing SA Corolla fully prepared and race ready.

“This makes all the difference in the world. Last time out we hardly ran the car before qualifying, which gave us no time to refine the setup for the track. This time, we should be in a much stronger position, and ready to face the competition at Scribante,” continues Van Rooyen.

As things stand, the Toyota Gazoo Racing SA driver has recorded mixed results this year, but has score points in each of the three rounds to date.

This puts him in fourth place on the log, just three points behind Volkswagen’s Daniel Rowe, who is in third.

The gap to second on the log is just four points – a spot that is currently occupied by Volkswagen’s Keagan Masters. The man at the top of the table is Audi’s Simon Moss, who is twelve points clear of Masters, after just three races.

“Scribante has been good to us in the past, the weather looks good, and the car is ready for the race. Now all we need to do is score some points.”