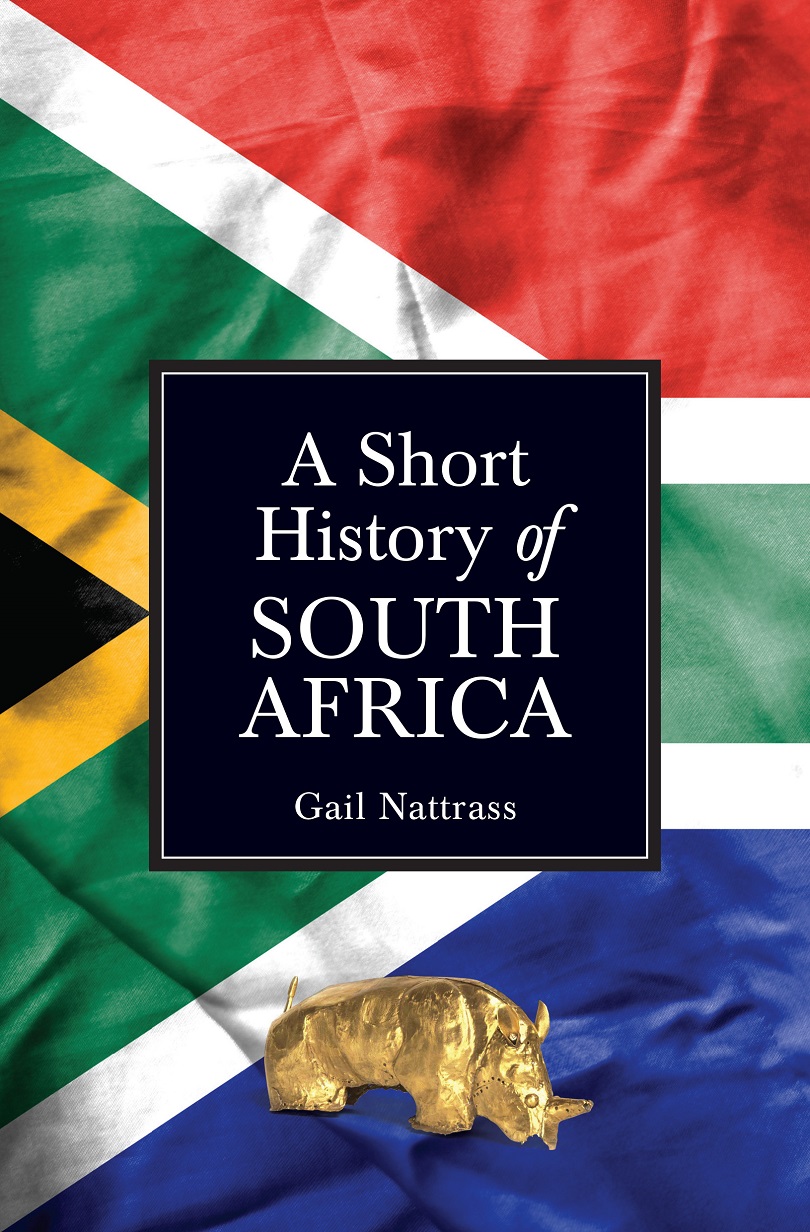 Irish playwright and author George Bernard Shaw, pointed out, “We learn from history that we learn nothing from history.” Which is an apt description of Gail Nattrass’s book, and also gives truth to the assertion by Margaret MacMillan, Canadian historian and professor at the University of Oxford, that, “We can learn from history, but we can also deceive ourselves when we selectively take evidence from the past to justify what we have already made up our minds to do.”

We often hear politicians, especially, quote selectively from history, to suit their own agenda, conveniently forgetting the “evidence of the past”. Especially our Colonial history and the Twitterati often go to Twar when they disagree with a point of view.

Nattrass’s book is packed with information and interesting facts about the figures that helped make South Africa. It is aimed at people who have an interest in the country but even professional historians will find it engrossing and it is refreshingly free of academic jargon.

It starts at the beginning where she postulates that Southern Africa may well have been the birthplace of the hominids (human-like creatures) millions of years ago and she recounts significant discoveries including that of the Taung skull in 1924 at a limestone quarry, north of Kimberley, in North West. Moving forward a few years, a perfectly preserved skull, dubbed Mrs Ples, was discovered at Sterkfontein Caves, in what is now the Cradle of Humankind, near Krugersdorp (today Mogale City). In 2010 and 2018 paleoanthropologist, Lee Berger and his son Matthew discovered a fossil which they believed was the ancestor of  Homo erectus, and, in another chamber in 2018, Berger and his team found a cache of fossils that sparked international interest, and which proved to be a previously unknown branch of the human tree. Nattrass also examines the history of the Hunter-Gatherers – the San – who had a rich history but it changed with the arrival of the settlers and their guns – who  by the end of the 19th Century had wiped out the Quagga and other wildlife which played a central role in lives of the Bushmen, as they were sometimes called. Today only a few San remain in the Kalahari.

The chapters cover, among others, Settlers from out of Africa; The mineral discoveries; The two Anglo-Boer Wars; Union, the rise of nationalisms, resistance movements, World War I and the PACT government; New political parties, the rise of the Afrikaners, World War II and the 1948 elections. She also puts the apartheid government; The 1960s, 1970s and 1980s and the momentous 1990s under her historian’s microscope, as well as The years 1999 – 2008 and 2009 – 2016 and another chapter devoted to Prospects and Challenges.

There is a little known anecdote about Job Maseko, whose home-made bomb which he constructed while he was a prisoner-of war in Tobruk, blew up a German warship. The feat was worthy of a VC. However, his story was uncovered only 50 years later when author Marilyn Honikman saw a painting of a black serviceman at the Museum of Military History in Johannesburg.

Among the historical figures that stride across the pages are Jan Smuts, a revered world statesman, friend of Sir Winston Churchill, and the founder of the League of Nations, the forerunner of the United Nations; Hector Pieterson, the 13-year-old schoolboy who was shot by police during the 1976  student protests in Soweto. The iconic picture taken by the late World photojournalist, Sam Nzima, stirred up howls of outrage against the apartheid government; South Africa’s famous victory in the 1995 Rugby World Cup, and a year later, the underdogs, Bafana Bafana won the Africa Cup of Nations under soccer coach Clive Barker; Winnie Mandela; the Truth and Reconciliation Commission, and despite its good intentions many prominent people, among them PW Botha, were let off the hook, writes Nattrass.

The book covers landmark events in South Africa’s turbulent and tumultuous history. Strangely, there doesn’t seem to be any mention of David Pratt, the man who tried to assassinate Verwoerd at the Rand Easter Show. Dmitri Tsafendas who assassinated Verwoerd, in the House, has his place cemented in history. However, Sharpeville; the release of Nelson Mandela; feature, and the events that led to the country’s first democratic elections in 1994 and what has happened since.

In the chapter, Prospects and Challenges Nattrass dissects the last 20 years of democratically elected presidents, and though she doesn’t offer an opinion but she  does quote Leo Marquard (a founder member of NUSAS, the Liberal Party and the Institute of Race Relations).who in 1967, predicted that if the ruling party (the Nationalists) did not adapt to the changing circumstances in South Africa, he was afraid South Africa would sink into oblivion, a classic example of a multiracial society that failed. Marquard quoted the poet Dryden: “There seems yet to be room for compromise; hereafter there may only be pity.”

As Steven Hawking noted, “We spend a great deal of time studying history, which, let’s face it, is mostly the history of stupidity.”

A Short History of South Africa is an accessible book, easy to read,  illustrated with maps and photographs that recall our very strange society. As Nattrass reflects in her postscript: ” We have a history that is complex and full of contradictions…there will always be conflict as well as cooperation and goodwill, but whatever race, culture or religion we come from, there will always be links between us,  based on the shared experience of being South African.”