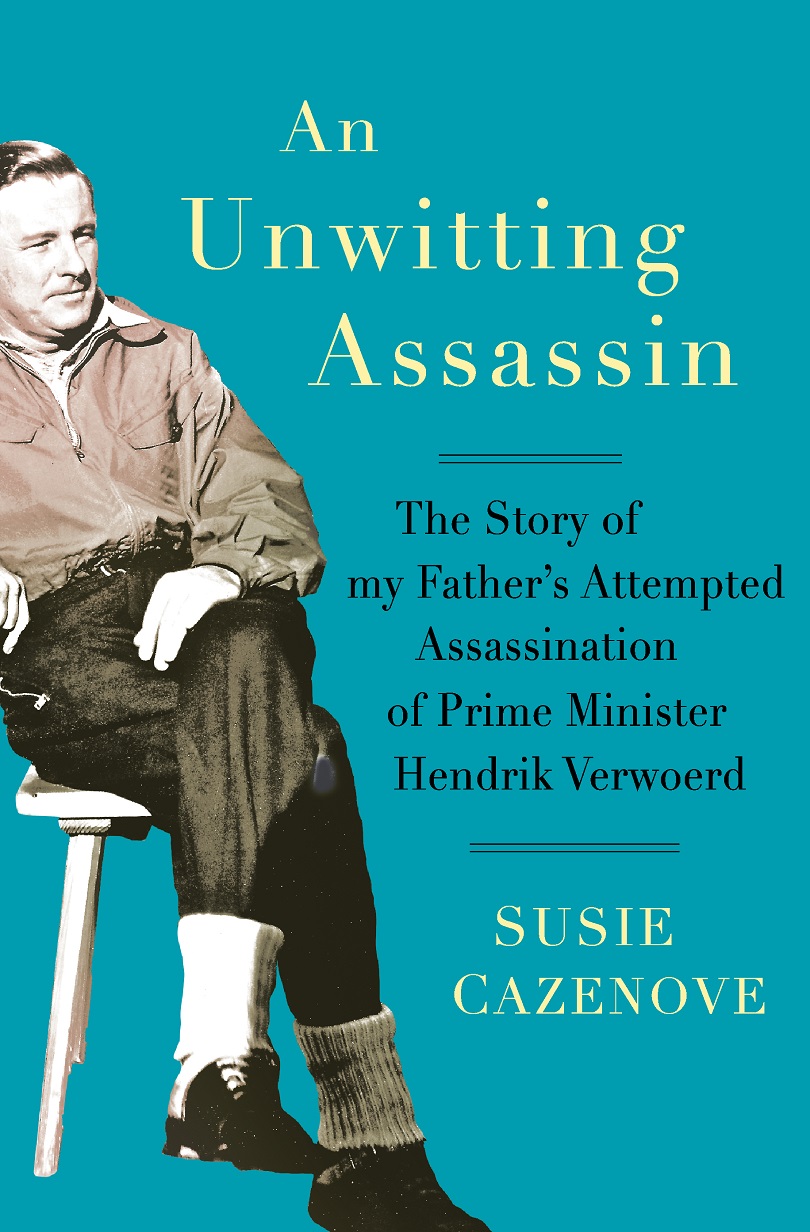 It appears that David Beresford Pratt’s name has been consigned to the dustbin of history. A Google search for David Pratt doesn’t get too many hits apart from on Wikipedia; SA History on line; an advert for a talk on “The Life and Times of David Pratt which was held in Magaliesburg where his business, Maloney’s Eye Dairy was based and a report which first appeared in 1961 and reprinted in (1997) for the anniversary edition of Transition, a journal published by Indiana University Press. Other searches link his name to Dimitri Tsafendas, the man who stabbed Hendrik Verwoerd to death in Parliament.  There are also some reports about the trial and one or two others that appeared after Tsafendas killed the prime minister.

Cazenove discussed the idea  of a book with Marion Smart, her late mother’s close friend. Smart was horrified at the idea of raking up old memories. But years later, when Cazenove, now a successful tour operator, had a chance meeting with David Rattray, the owner of Fugitive’s Drift Lodge in KwaZulu-Natal, she decided to tell him her story after he told her about a young articled law clerk who worked at The Fort to earn money to pay for his studies. The clerk worked for the same Pretoria firm as Rattray’s father who was a solicitor.  Rattray persuaded her to put pen to paper and in An Unwitting Assassin she describes the events of that day in April and its consequences. It’s not only the story of her family and Pratt, a successful Cambridge educated businessman, but also South Africa and the dark days of the 1950s and 60s as Verwoerd and his National Party sought to implement their apartheid dream, keeping the races separate.

Pratt did not have a happy upbringing: his father Arthur, Cazenove’s grandfather, was by all accounts a hard man, who treated his wife, Georgina, badly, which Cazenove deduces from letters she inherited on her grandmother’s death and which she uses to trace the family history. In one of the letters, Georgie, who was a free spirit (until it was crushed by Arthur), and an enterprising young woman recalls a bicycle drive she embarked on with her sister, Mabel, to visit their aunts in Northampton. It took them two days to make the journey from Croydon, a distance of 90 miles, through some atrocious weather. The return journey was just as wet and arduous. Her letters give a fascinating insight into middle class Edwardian life.

David Pratt suffered from epilepsy; in those days it was a stigma,  and the Illness may have had a role in his moody temperament. Today he would likely be diagnosed as being depressed.

Pratt was married twice: the second time to a Dutch woman, Patricia van Heyningen, who visited Cape Town to stay with friends. They had two children and soon after she left him but she showed up before Pratt was sentenced to The Fort, armed with a power of attorney and a lawyer, she was planning to take control of all his assets. However, their scheme went awry. After his first divorce Pratt met Doreen Bilson, who came back into his life after the break-up with Van Heyningen. Cazenove believes that his separation from Van Heyningen was also a cause of his depression.

Before the trial, two eminent advocates Cecil Margo and Pratt’s lawyer, isie Maisels, visited Cazenove at her Dunkeld home and suggested that they would petition the court to declare Pratt mentally incapable of standing trial. The advocates indicated that after a suitable period Pratt would be released and sent to Switzerland to another institution for treatment.  But it didn’t happen and Pratt committed suicide at The Fort.  Cazenove recalls how in 2015 she learnt that Verwoerd had a private conversation with the head psychiatrist of Weskoppies and ordered her to make sure that David Pratt was  detained in a mental hospital and made to disappear. Later Cazenove learned that her father didn’t know anything about the petition he asked her why no-body had disussed it with him. He would have preferred to hard labour at a prison instead of being confined to four walls. Pratt managed to keep busy in isolation: reading newspapers, doing mental  calisthenics, physical exercise and playing chess with another inmate.

Other facts emerged about the day of the shooting and one these is that Werner Leigh,  a psychiatrist who was experimenting with new mind-bending drugs, had been seen with Pratt at the Rand Easter Show shortly before the shooting, and Cazenove and Leigh’s ex-wife, was somehow responsible. Pratt and Leigh used to have intense discussions that lasted long ln to the night about South Africa. Cazenove thought he was  a “slimy character” and she and her father called him a Svengali. According to his ex-wife, Bali, now living in Switzerland, Leigh was a cruel and difficult man and did unspeakable things to one of his assistants because she rebuffed his advances. Later Leigh had her committed to the mental institution where he practised. However, it took a few days but Bali managed to get her released and returned the girl to her parents.

Many years later Cazenove visited her father’s small grave at Maloney’s Eye where her grandparents and her younger brother, John, who died at an early age, are buried.

“I am sure that the powers that be had decided from the beginning, that no matter what they would find him insane and brush the whole thing under the carpet, ” Cazenove writes and wonders if she was used to obtain this end.

Images in black and white and colour are a poignant reminder of the life and times of the Pratt family. There is also an organogram of the family tree.

An Unwitting Assassin is a welcome addition to the history of South Africa which sheds light on the enigmatic David Pratt. It should be required reading for a chapter, which, if not for the encouragement of the late David Rattray, would still be shrouded in darkness and probably forgotten. Cazenove grew up in South Africa before moving to America where she got married for the first time, and then with her second husband to the United Kingdom. A successful safari tour operator specialising in trips to South Africa and Africa, Cazenove is also the author of Legendary Safari Guides.