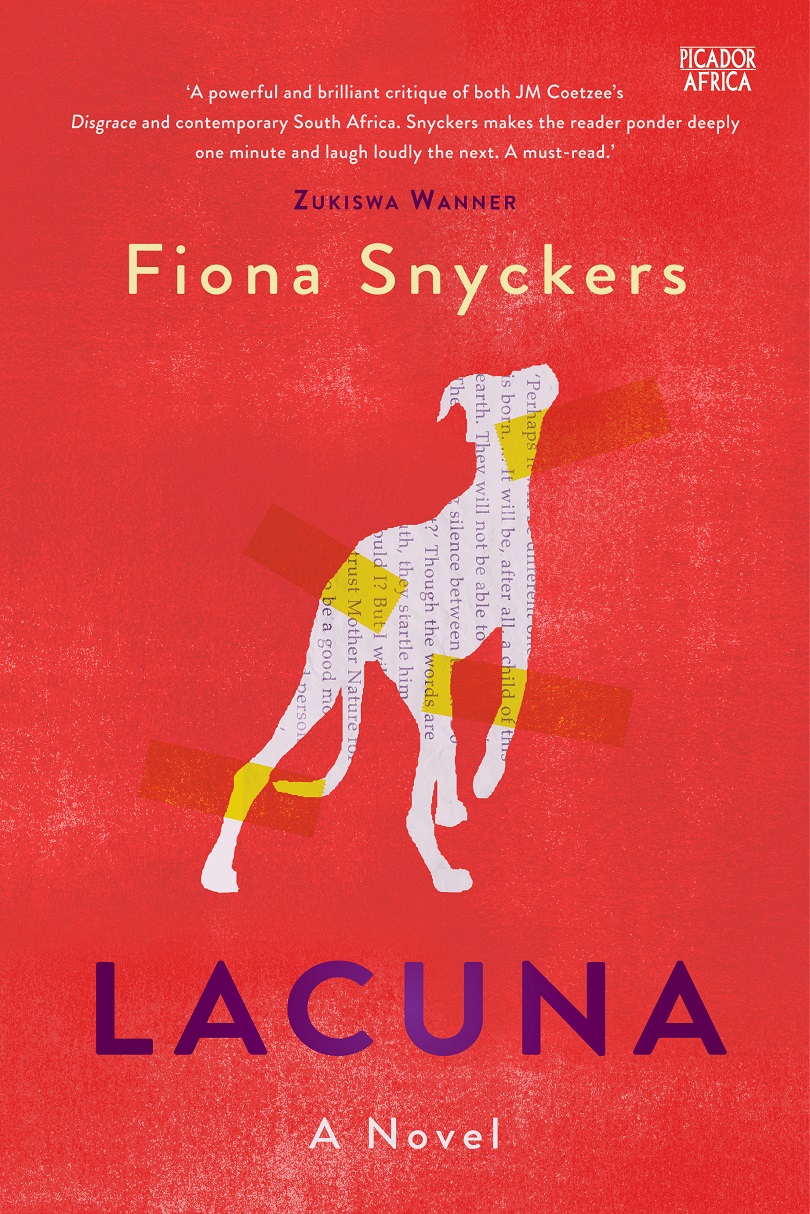 When South African born JM Coetzee won the 2003 Nobel Laureate for Literature  the permanent secretary of the Swedish Nobel Academy, Horace Endgahl, said that it was an easy decision to make. “We were very much convinced of the lasting value of his contribution to literature … I think he is a writer that will continue to be discussed and analysed and we think should belong to our literary heritage”,  according to SAHistoryonline.

Endgahl’s, words were prescient, especially as Lacuna, Snyckers’s newest book puts a new spin on Disgrace (1999)  for which Coetzee won the prestigious Booker Prize. Coetzee, who is now living in Australia, also won the Booker for the Life and Times of Michael K (1983), making him the only author to win the award twice. Disgrace has been analysed and critiqued by numerous experts — there are even a few study guides.

In JM Coetzer’s prize-winning novel, Lucy is living on a farm in the Eastern Cape where she is gang-raped. Her father, Professor David Lurie, who resigned from the Technicon after a sexual relationship with a student, joins her, where the men who raped her still live and who  help her to bring up the child, a result of the brutal rape.

Lucy Lurie, the protagonist in Lacuna, was raped by six men while she was visiting her father, David Lurie, at his Boland farm, just outside Worcester. It was a traumatising event for Lucy, not so much for Lurie, who watched dispassionately. Although he did try to help by offering to run a bath so she could clean up. The rapists, however, set fire to the building and Lucy and David escaped with their lives.

Lucy, a junior lecturer at Constantia University, was the inspiration for Disgrace by John Coetzee, who was about to retire from the English department where he had worked for 40 years and apparently spent all that time writing a book that didn’t see the light of day.

So Lucy’s misfortune was his good fortune and Disgrace which was based on her shattering experience, but without her own voice, became a world-wide sensation.

Lucy’s mission is to confront Coetzee and force him to acknowledge her pain. In the original Disgrace Lucy has the child, in Snyckers’s version she takes the morning-after pill. After the rape Lucy suffers from post-traumatic stress syndrome, living the life of a recluse, except for the interaction with her larger-than-life friend, Moira, with whom she worked at Constantia University and her regular therapy sessions with her psychologist, Lydia Bascombe. Lucy dresses in dowdy clothes as if to fend off another rape and she is contact with her father who is now living in an apartment in Cape Town.

In the original, Lucy’s voice is missing and in her book Snyckers attempts to fill the lacuna – the gap in the story – and she succeeds on all counts.

Lucy has many conversations, mainly imaginary with Coetzee and reflects often on the rape and how it affected her as a victim, she refuses to call herself a survivor, and how others see her. She also composes a fictional report by Bascombe about her condition. Lucy is invited to take part in a panel discussion after she writes a critically acclaimed piece in the Journal of Literature for the African Diaspora about her quest to confront Coetzee. As a guest at the conference based on the articles which appeared in the journal, she confronts one of her detractors, in reality and in her imagination. The symposium is held at Constantia University where Lucy has the only contact with Coetzee – through his Australian publicist – on the flat screen monitor in the conference hall.

There are some humorous touches including Snyckers’s take on the interaction between the guests and the delegates at the symposium. One group is based squarely in the vegan camp who disrupt the pre-lunch session because of the filling in the Danish pastry and an argument about palm oil with the dedicated eat-anything group.

Philosophically, Lacuna raises many questions: mainly about identity and whether someone has the right to usurp your persona without your permission and profit from it; it’s also a reflection about the present day South Africa and the ongoing debate about white privilege and black exploitation.

The characters in Lacuna are real enough and Snyckers gets beneath their skin to give them depth and body: Lydia Bascombe, Moira; the handsome Eugene Huzain, whom she met on an online dating site; his cousin, Raz and the imaginary Coetzee, of course.

At the heart of it Lacuna is an excellent revision of Disgrace but giving it new meaning. The plot-line is strong and eventually the truth and the motive for Lucy’s rape emerge.

Lacuna will give you plenty to mull over.