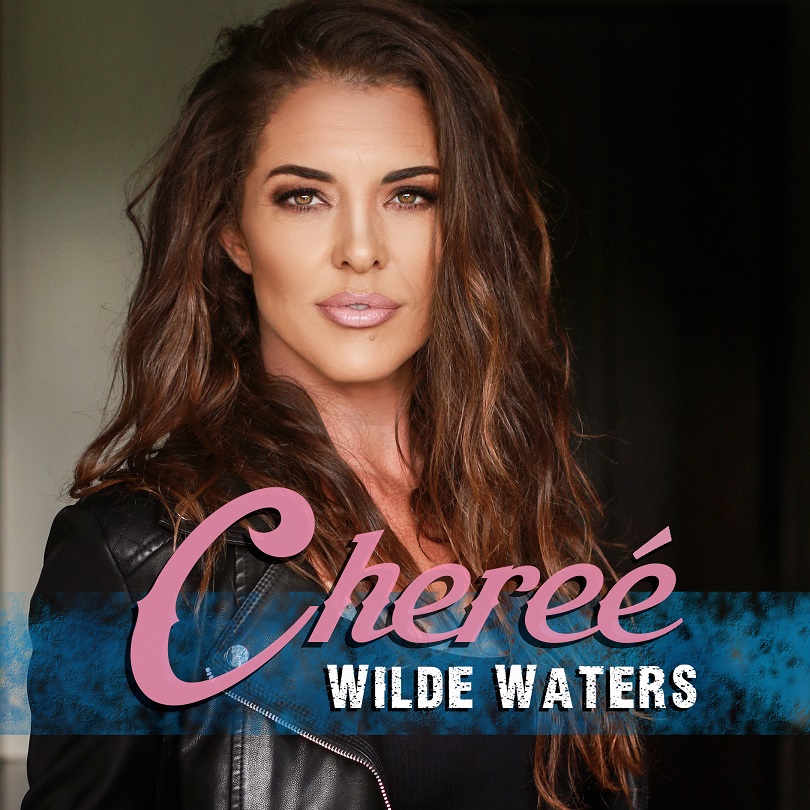 After nearly a decade of silence, South Africa’s golden Country star, Chereé, is finally back with the release of her long-awaited new album, WILDE WATERS, which is not only worth the wait but also promises to exceed her previous successes.

The album has just hit the shelves and the first single, Praat, can also be heard on radio stations nationwide. While WILDE WATER has an overarching country feel, the album also includes several pop songs to broaden its appeal and features 13 tracks (Chereé is not superstitious; in fact, 13 is her lucky number) penned by the artist herself, as well as by superb songwriters Rudi Claase, Vaughan Gardiner, Hugo Ludik, Michael Lindt, Tony Ridgway and Roux Cloete.

Chereé and her team have taken their time in putting the album together. “We recorded five songs last year but decided to wait for the right songs to complete the album instead of rushing to complete it. Because of that, everything has fallen into place perfectly.”

While Chereé’s favourite track off the album is Praat, she reveals that two other songs have very special meaning – Gypsies van die Kaap, written for her by her best friend, and Uit die Blou, written by Vaughan Gardiner, his wife and Hugo Ludik.

The album also contains a duet with her husband, Wynand Strydom. The couple tied the knot in 2010. “‘Hierdie Hart van My’ was written by our dear friend Tony Ridgway. It captures how we feel about one another perfectly – my heart will forever be Wynand’s. I think this song is going to be a favourite among fans.”

As it has been a while since her last solo album, this new album is particularly important to Chereé. “I have grown up. I know who I am and what I want my music to say. So, I wanted this album to include songs that resonate with me – if I believe in the music, then listeners will too.”

As for the timing of the new album, Chereé says: “I haven’t released a solo album in 10 years. I wanted to raise my children before returning to my career. The time is now right for me to share my heart and music with people again.”

The release of the album coincides with the release of the second single of the same name. Wilde Waters is a beautiful commercial pop song that was written by well-known lyricist Rudi Claase and is enjoyable to listen to.

It is about some people’s daily struggle to find happiness within their relationship, because sometimes it is just not meant to be. “Although this is definitely not a reflection of my own relationship with Wynand, I have come to realise that not everyone is as lucky as we are. Each and every one of us want to find that special person who completes us on every level,” Chereé shares. “The song is about the struggle between what the heart wants and what is possible. It is a montage of good memories shared by two people who want to salvage their relationship, but then they realise that love does not work that way.”

According to the artist, she fell in love with the song after hearing it for the first time. She believes that audiences will enjoy it just as much, because it has a catchy tune and lyrics that invite you to sing along, and also because everyone will be able to relate to the theme. “In a world of commercial music, there are certain songs that appeal to the public and only a couple of songwriters who are able to write them. Rudi Claase is definitely one of them,” she says about the song that not only complements her style, but also showcases her vocal ability.  The music video for this song will also be released soon.

The first single released off the album, Praat, reminds listeners how important it is to communicate with one another and it has been very well received. It was produced by Vaughan Gardiner and Hugo Ludik and boasts an upbeat, catchy pop tune that invites you to listen to it over and over.

The song stems from a very personal experience. “A friend once typed up a letter in which she told me everything I was doing wrong in our relationship. She sat next to me while I read it, and although I was grateful for her honesty, I was angry that she never talked to me about the issues. On my way home that day I got the inspiration for ‘Praat’ and, by the time I arrived at home, I had nearly finished the lyrics.”

As her first self-released track, Chereé is immensely proud of this song and is pleased that it is featuring on the charts of various radio stations. However, it is because of the powerful message it conveys that she has chosen to release it as a single.

She also believes that the song will truly resonate with people. “In ‘Praat’ I share a piece of my heart, and I believe that my message will ring true for many people,” she explains. “While everyone will be able to associate with the theme of the song, it will have a different meaning for each person. Ultimately, I want the song to make people think and feel.”

Chereé has been performing since the age of nine and released her first solo album at 19. “My parents discovered my voice at a very young age. That means I’ve been in the music industry for 30 years,” she exclaims. “Music has always been an important part of my life. I find solace in it, and I find happiness in it. I am eternally grateful to the people who helped me and believed in me over the years. If there is one lesson this industry has taught me, it is to never give up.”

While a career that spans three decades will undoubtedly include a number of highs, Chereé lists the following as her career highlights: The tribute she performed for Carike Keuzenkamp at the SAMAs in 2010 – during which Carike joined her on stage; performing a duet with Toni Wille, lead singer of the band Pussycat, at Aardklop; and performing as the opening act for Albert Hammond, also at Aardklop. “It was incredible to share a stage with these legends,” says the bubbling brunette. She is also very happy about signing a record deal with Universal Music and feels blessed to have them on board with her latest release.

As for what she has planned for the future, the smoky-voiced artist says: “I will continue to work hard and keep singing! Although there are many challenges in this industry today, I am passionate and it is important for me to keep doing what I love – making music and singing.”

She adds: “Being on stage and performing for people is amazing. If I touch only one person’s heart during a show, then my work is done. It is for the people who support us, who share hugs and kind words at our shows that I continue to sing.

“Of course, my family always takes centre stage. I want to show my children that if you are passionate and you work hard, your dreams can come true.”

WILDE WATERS is the perfect addition to any music lover’s collection and showcases how much she has grown, as an artist, over the years.

The album and single are available on all digital platforms here: https://umgafrica.lnk.to/wildewaters