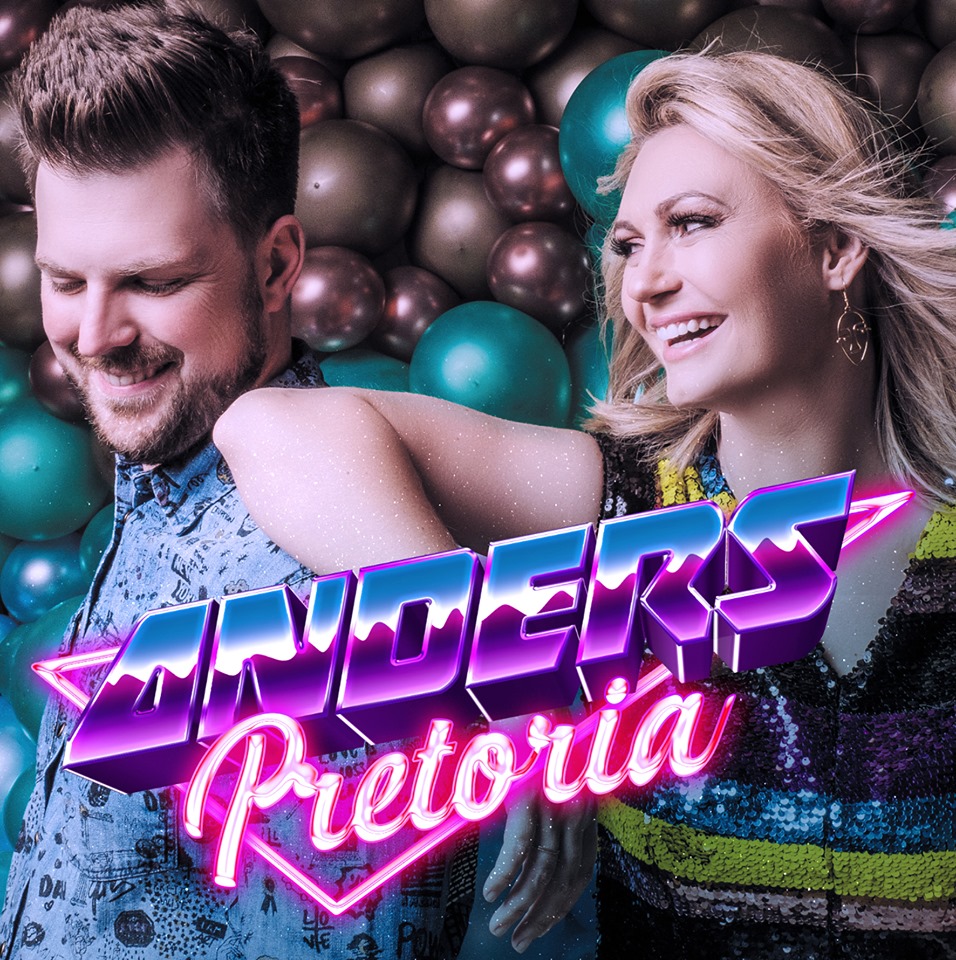 The married singing duo, Wynand and Lindi Delport, better known as award-winning group ANDERS, is indeed different – a fact that is once again confirmed with the release of their latest single, PRETORIA.

This ode to the city of Pretoria, where the artists live, was written by the duo and has a distinct 80’s pop-rock sound. But why write a song about this city?

“It doesn’t matter where people find themselves, many have lived, worked or had fun in Pretoria at some point. It is the South African city in which most people have created some kind of lasting memory. This song is about Lindi’s life growing up in Pretoria – the good and the bad,” explains Wynand. “Personally, it doesn’t matter where we end up, Pretoria will always have a special place in our hearts as most of our memories were made here.”

Lindi adds: “The song makes me nostalgic about the past, excited about the future and grateful for the present. I grew up in Pretoria, and now we are raising our daughter here.”

ANDERS feels that the single could become an anthem for the Jacaranda City. “We hope that the song will rekindle people’s memories of Pretoria and that it will make the people now living here proud and foster love for the city,” says Wynand. “We believe that once people hear PRETORIA for the first time, they won’t be able to get the song out of their heads.”

The duo describes the accompanying video for the single in one word – “Fun!”

“We were very fortunate to work with famous director André Velts and Werner Nortje. Our goal wasn’t really to tell a story with the video, but rather just to brag with Pretoria. As the song already tells the story, the video simply had to capture Pretoria’s beauty,” explains Wynand. “We included the band in the video as there are so many instruments involved in creating that fantastic rock sound. As it is Lindi’s story, we decided she would ride her bike through the city, passing some of the important places that form part of her story.”

The talented duo has released several songs and albums and has raked in three Ghoema Awards – for Best Duo, Group of the Year and Best Gospel Album. “We are very proud of our Ghoema Awards and we are grateful that our songs have gotten plenty of airtime. But the opportunity to write all the music and the theme song for the movie Knysna, and when our song Die Pad was chosen as the theme song for Vrou soek boer, are definite career highlights. Die Pad is still one of the most popular wedding songs today. That said, every performance is a highlight for us – to be able to share our music with the audience.”

The couple met when they were sixteen, started dating at seventeen, and the rest is history. “We met at church and it was our passion for music that brought us together. We got married, wrote some songs and started ANDERS, originally as a gospel band. In fact, our name is based on a Bible verse that says that we must be different from the world,” shares Wynand.

The couple – who would have liked working in fashion and food, respectively, had life taken them on a different journey – draws inspiration from love. “Love has so many sides. The good, the bad, the difficult. We are inspired by our love for one another. To be married for twelve years takes hard work, commitment and passion, and we love writing about it. Of course, the birth of our daughter, Karmin, introduced a new kind of love and, with it, new inspiration.”

Both Wynand and Lindi are lifelong fans of rock, and more recently country, and they list Queen, Toto, Keith Urban, Kelly Clarkson, Tim McGraw and Ed Sheeran as some of their musical influences. Locally, they would love to share the stage with the likes of Elvis Blue, Riana Nel, Ricus Nel and Monique Steyn.

While ANDERS has enjoyed great success, the couple’s twelve years in the industry have not been without challenges. “The music industry is not always the best or prettiest place to be. We had to make the decision at one point to become deaf to the noise and to make music we love and to reach for the stars. We’ve endured tough times but chose to stay positive and to focus on why we want to make music. While hard work and passion will take you far, nobody has the final say over where you will end up. That is God’s decision,” they say.

What’s next for ANDERS? “We are currently working on the Finesse Net Girls Cruise 2020 – we are producing and directing the main stage production for the trip,” says Wynand.

This dynamic duo still has many dreams and aspirations for the future, and always strive to improve and reinvent themselves with each new project they take on. Not only is PRETORIA proof of how much they have grown as artists, but it is also a collectable without which no music lover’s playlist (especially if you also adore the Jacaranda City) would ever be complete.

PRETORIA is available on all digital platforms: https://umgafrica.lnk.to/Pretoria