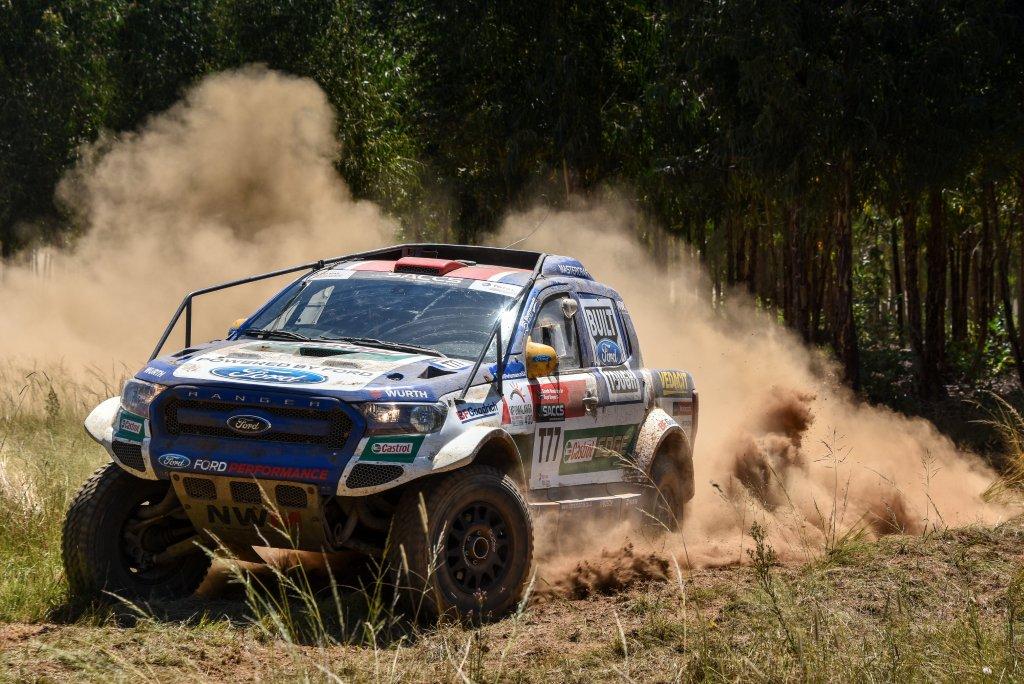 Brian Joss – The South African Cross Country Series (SACCS) shifts across the border and to a new venue from 21 to 23 June with the annual Toyota 1000 Botswana Desert Race – the longest and toughest event on the calendar, and one that the Ford Castrol Cross Country Team relishes after a string of wins and podium finishes in recent years.

As the championship’s only three-day marathon event, the Desert Race presents a unique challenge for the cross country teams as it comprises two separate race heats with the opportunity to score double points – thus making it a potential kingmaker in determining which team claims the title crown at the end of the season.

After being located in Jwaneng for the past five years, this year’s race moves to Eastern Botswana and the town of Selebi-Phikwe, around 400km north-east of Gaborone.

“The Desert Race has a great history and is always the toughest event of the year, with the biggest reward up for grabs in terms of championship points,”

“It is more than double the distance of normal races, so it’s a punishing event on the vehicles, the drivers and navigators, as well as the service crews. We’ve achieved some great results in Botswana and hope to do so once again on our first outing in Selebi-Phikwe.

“The route will be new for all of the teams, but we’re expecting Botswana’s usual mix of conditions with plenty of thick bush, as well as dry, hard terrain, plus hot daytime temperatures and cold nights,” Woolridge states.

“Our current Class T Rangers are the best we’ve ever built, so we’re confident of good results for the team after a great start to the year.”

In the championship battle, it’s a case of déjà vu for the Ford Castrol team’s Lance Woolridge and Ward Huxtable (T34) as they head to Botswana having taken two convincing wins on the trot in the opening rounds of the 2019 series – a repeat of their successful run last year before ultimately securing the Class T championship trophy.

They dominated qualifying and won the first heat of the 2018 Desert Race, and looked set for a clean sweep until they were sidelined by a rare mechanical issue in the second heat. Accordingly, they are aiming for a faultless weekend in Botswana this time around as the pair set their sights on retaining the Class T title in the latest NWM-built Ford Ranger that made its debut at the season-opener in March.

Gareth Woolridge and Boyd Dreyer (T77) will be competing in a newly-built NWM Ford Ranger as they stand in for the Brazilian crew of Marcos Baumgart and Kleber Cincea for the second time this year due to a clash of events.

The younger of the Woolridge brothers is tasked with developing the team’s all-new FIA-class Ranger that is likely to debut before the end of the year.

However, he and co-driver Dreyer are eagerly looking forward to supporting their team-mates and ensuring a good result for the Neil Woolridge Motorsport-run squad.

The young pair scored a second-place finish at the opening race of 2019 in Dullstroom and were runners-up in the second heat of last year’s Desert Race – so they are sure to be amongst the pace-setters once again.

Ford was rewarded with the Manufacturer’s Award at the Berg 400 in May, after all four NWM-built Rangers that entered the race finished in the top five places in Class T. The family continues to grow and there will now be five Rangers – comprising the two team entries and three privateers – competing in the SACCS for the remainder of the year. The vehicle raced by Baumgart/Cincea last time out has been sold to Malcolm Kock whose family has a long and proud association with Ford and cross country racing in early days of the sport.

The Desert Race will be based at the Sam Sono Stadium in Selebi-Phikwe, with the 60km qualifying race on Friday 21 June setting off at 13:00. The balance of the first heat incorporates two loops of 220km each, starting at 08:15 on Saturday and heading towards Tobani, Sephophe and Mogapi before returning to the finish.

The starting order for Sunday’s heat is determined by the first heat results, and the crews will tackle two 200km loops that head south towards Mogapinyana before turning north to Mmadinare and the final sprint back to Selebi-Phikwe.