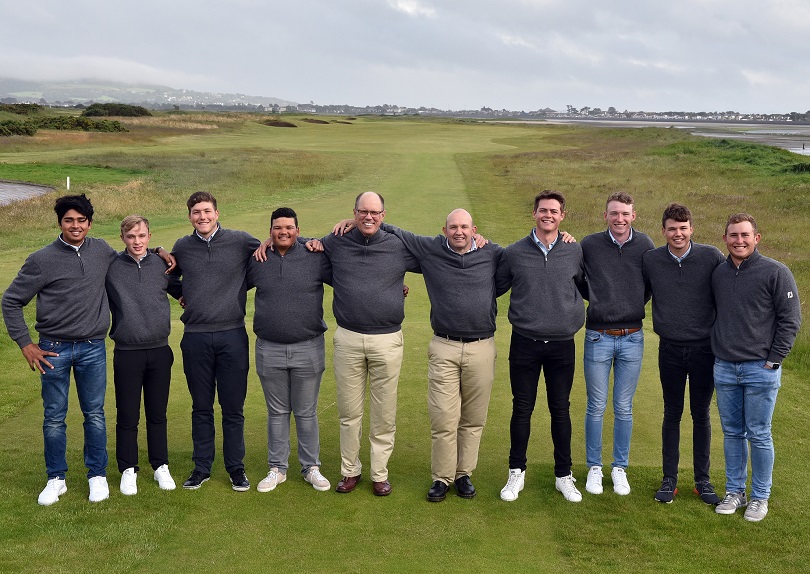 DUBLIN, Ireland (18 June 2019) – Edenvale teenager Yurav Premlall celebrated his 16th birthday with a share of fifth in the first round of the stroke play qualifying in the 124th Amateur Championship in Ireland on Monday.

A total of 288 players from 37 countries started the 36-hole qualifier at the Portmarnock and The Island Golf Clubs in the hopes of securing a spot in the top 64 that will progress to the match play stage.

Day one in Dublin began with a stiff breeze that gathered strength and built up to a four-club wind.

Recent Brabazon Trophy runner-up Harry Hall from England carded four-under at The Island Golf Club, while Morocco’s Ayoub Ssouadi and Anton Albers from Germany both reached four-under at Portmarnock to share the lead.

Premlall showed some exceptional skills in the testing conditions to sign for a two-under-par 70 at Portmarnock. He will start today’s final round just two shots behind the leading trio on the distinctly international leaderboard.

The Glendower golfer mixed six birdies with a double bogey and two bogeys. It was an impressive effort from the GolfRSA National Squad member, who tied for 11th in his first exposure to links golf in the East of Ireland Open Amateur at County Louth Golf Club in early June.

“The course was playing really tough in the high winds,” he said.

“On the third hole, I hit 2-iron down the middle and had 125 metres in. I hit it to 12 foot for my first birdie of the day. I hit a pitching-wedge 12 feet past the hole at the fourth and made that one.

“I made two more at six and seven to go 4-under, but I didn’t hit a good tee-shot at eight and my 5-iron approach took a bit of a flier. It rolled over the back of the green into the long stuff, the chip ran out to the front of the green and I ended up three-putting for a double.

“I hit a terrible tee shot at the ninth, right of the 10th tee box and ran my second shot 30 feet past the flag, but I boxed the putt for birdie to turn three-under.”

Premlall dropped further shots at 12 and 15, but gained a shot on the field at the par-four 16th.

“The wind was pumping on the back nine,” said the BSI Golf Academy player. “I just tried to make pars and limit the damage and I was really pleased to make one birdie at 16. I hit driver, 3-wood into the greenside bunker left and hit a good trap shot to leave myself an eight-foot putt.

“I had to stay really patient, but my putter was working well on the front nine and that gave me some early momentum and some leeway to make a few mistakes. GolfRSA has given us this awesome opportunity to play in three of the greatest events in links golf. This is my first experience playing true links golf and I’m just happy to be up there to challenge.”

The rest of the GolfRSA National Squad had mixed results on the first day at Portmarnock.

Therion Nel from Free State offset a trio of bogeys with two birdies for a one-over-par 73 that earned the Free State golfer a share of 32nd, while his Ernie Els and Fancourt Foundation stable-mate Luca Filippi from Western Province finished in a tie for 79th on three-over 75.

Christiaan Burke from Free State and Matt Saulez from KwaZulu-Natal posted respective rounds of 82 and 83.

The GolfRSA crew will move to The Island Golf Club, hosting the prestigious Amateur Championship for the first time this year, for the final round.