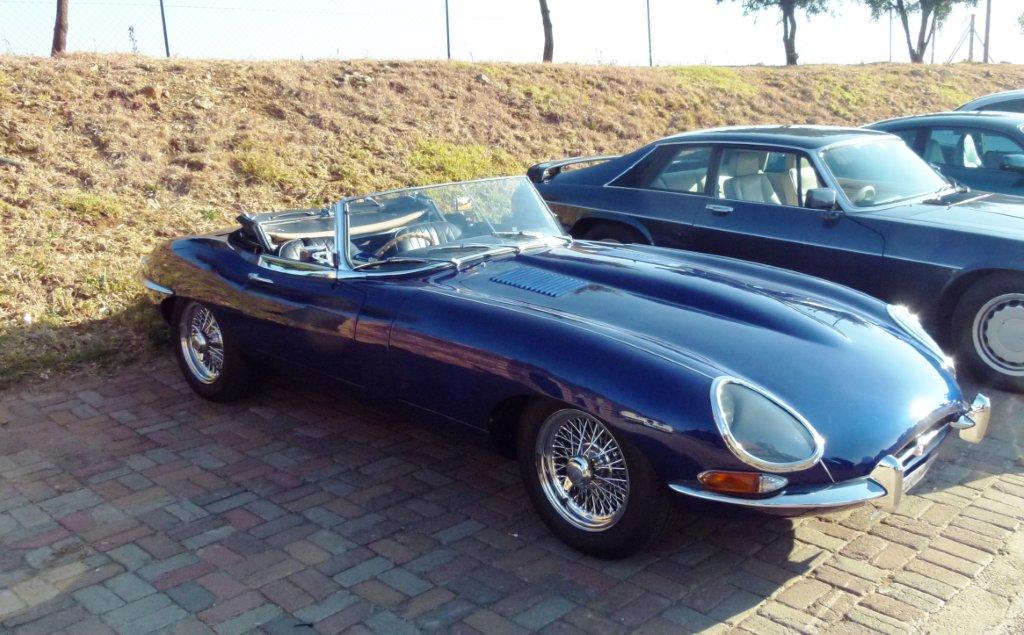 Brian Joss – Over the past seven years The Classic Car Show’s mid-winter bash at Nasrec has been a big attraction for petrol heads and their families. Over  1 000 classic cars, hot rods and muscle cars are expected for  Gauteng’s biggest motor show.

“This July we are extending a special invitation to owners of British classic cars to spend the day mixing it up with the American Muscle and the other European classics,” says organiser Paulo Calisto “We are expecting a number of Triumphs, Austin Healeys, MGs, Jaguars and hopefully some Morgan sports cars too. American muscle cars have traditionally arrived from all over Gauteng and Pretoria. This year we are targeting a large contingent of the traditional British sports cars, to emphasise that variety is the spice of Classic Car life.”

As a preview to the big birthday bash for Minis in late August, a number of classic, first-generation Minis will be there in force. In past years there have been up to 30 original Minis in short-nose and long-nose form making the run to Nasrec, and this year should be no different.

The Mini turns 60 on August 24, and the Classic Car Show will give many Mini owners the opportunity to give their classics a dry run before their big birthday bash at Cullinan late in August.

As has been the tradition at the Classic Car Show over the past seven years, many builders of serious American Muscle from the ’60s and ’70s use the Nasrec event to showcase their latest rides. Expect a strong presence of Mustangs from the 1960s and ’70s, Chevrolet Camaros, Oldsmobiles, Plymouths, Dodges and other larger cars that originated from America.

A favourite will be the classic Chevrolets from the so-called Tri-Chevy years of 1955 to 1957. These were the cars that were most popular amongst a whole generation of muscle car freaks inspired by the 1970s movie, American Graffiti. The interesting thing about these tri-Chevy models is that they were all based on the same bodyshell, but different grilles, chrome accents and wing treatment give them a look that is significantly different in each of the model years.

Hot rods and pick-up trucks will again form a huge part of the classic car turn-out. Of note will be the traditional Rolling Thunder display which rolls to the show all the way from Pretoria, and which traditionally sets up shop outside Hall 5 .

From a European perspective, DKW two-stroke cars have been enjoying a stronger presence each year at Nasrec, as well as other German brands, such as Taunus, Mercedes-Benz and Opel.

There seems to be no end to the popularity-growth enjoyed by the Volkswagen bus and Beetle brigade. Kombis in both classic and custom form traditionally make The Classic Car Show scene each year, and the VW Beetle in models ranging from the 1950s to the late 1970s are expected  show up in ever-increasing numbers.

The owners of classic cars will be admitted free for the driver and one passenger, while extra passengers will have to pay a full admission fee.

The show runs from 8am to 4 pm. Classic car owners can gain access to the display area from 7am.

Admission prices are R60 for adults through Computicket, or R80 at the gate.

Entry for children under 12 will be R20.

As usual there will be a full complement of entertainment, food, drink and live rock music. There will be entertainment for children including go-karts and jumping castles, and helicopter rides will also be on offer. The popular Prawn Festival will be a highlight.

There will be a host of stalls selling car-related and lifestyle goods.

The Nasrec Expo complex is located just of the N1 Highway, south west of Johannesburg, and just a wheel-spin away from Soccer City. The easiest way to get to the Nasrec Expo Centre is via the Rand Show Road exit, with the venue about 1 km east of the N1.

CAPTION: A classic: the Jaguar E-Type roadster will be on show. Picture: Motorpress