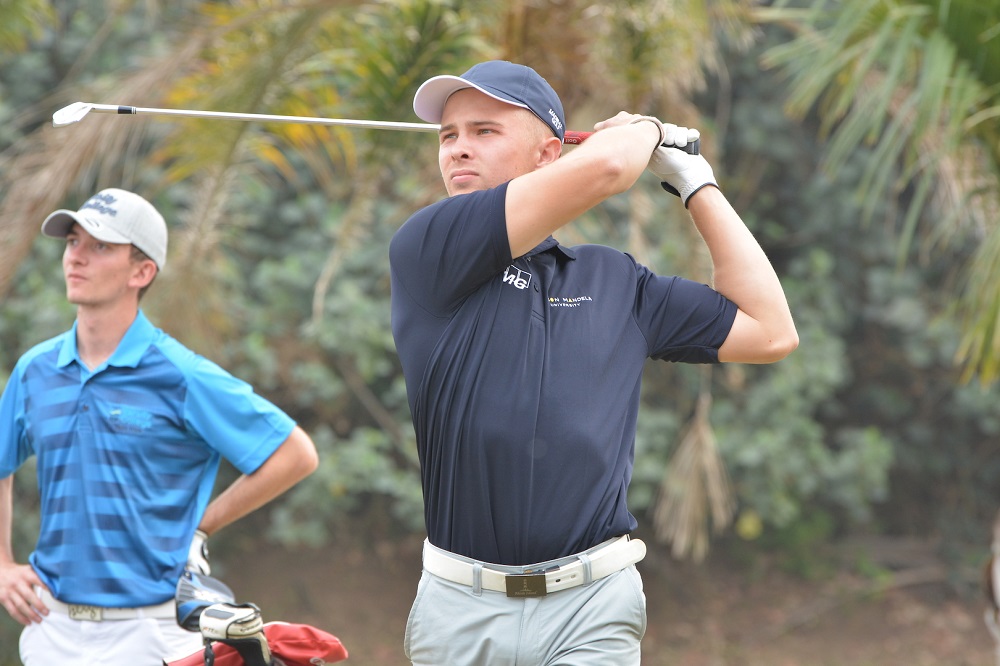 The KPMG Madibaz team will be chasing their third University Sport South Africa title in four years when the annual tournament is played at Humewood Golf Club in Port Elizabeth from June 30 to July 5.

Led by captain Jacques Smith, the team will be defending the title they won in Port Shepstone last year, while also aiming to emulate their 2016 triumph at the Humewood links course. They finished third in 2017.

Team manager Karl du Preez said being hosts for the tournament would possibly assist their aims as the players were familiar with the Humewood layout.

“As always, the weather plays a vital role when competing at Humewood,” Du Preez said.

“I think we have a distinct advantage as five of the eight Madibaz players are members of Humewood Golf Club and play and practise there on a weekly basis.

“Even the students who are not members play and practise in the links conditions, which students from other varsities seldom get the chance to experience.”

He added that they had good continuity in their team with Smith, Altin van der Merwe and Kyle de Beer back in the A side.

“We have lost our captain Colin Baldie, who has completed his studies,” said Du Preez. “His replacement is Pieter Zietsman, son of ex-pro Boetie Zietsman, while Drew Mathews and Gareth Larkin join the B team for the first time.

“Kyle and Altin will be key players, while Jacques will also play a vital role in providing consistency in the team.”

Last year, Van der Merwe won the individual strokeplay title and was named the week’s most valuable player after earning six points out of six in the matchplay competition.

De Beer has just returned from a trip to Britain where he ended in the top five of the Brabazon Trophy, which helped to earn him a spot in the St Andrews Links Trophy tournament.

Du Preez said their preparations had been focused on competing for all the trophies on offer.

“This is a major event on our calendar. The Madibaz Golf Club, with the support of KPMG, have put a lot of effort into attracting top Eastern Province golfers to study at the university and this is a platform for them to justify their selection.

“The students compete in various university order of merit tournaments as well as EP events.

“We then use this as a selection process to select the top eight for the USSA week.

“Humewood Golf Club are also instrumental in providing free training facilities to our students. This enables them to practise, free of charge, any time of the week.”

CAPTION: Madibaz golfer Kyle de Beer will be one of their key players when the Nelson Mandela University side defend their title in the University Sport South Africa tournament at Humewood from June 30 to July 5. Photo: Supplied