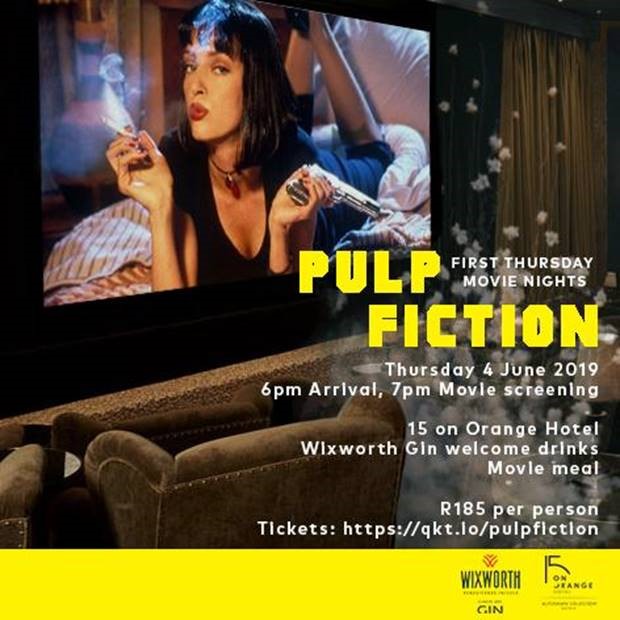 Quentin has been turning heads since his first film ‘Reservoir Dogs’ and has continued to do so with all of his films including the upcoming and much anticipated ‘Once Upon a Time in Hollywood’ starring Leonardo Dicaprio, Margot Robbie and Brad Pitt.

Tarantino’s feature films have received countless awards and praises, 15 On Orange Hotel will be showcasing Tarantino’s all-time classics and fan favourites on First Thursday in July and August 2019.

Without a doubt and an easy choice for the second Cult Classic screening will be the award-winning Pulp Fiction with a star-studded cast by the likes of Samuel L. Jackson, John Travolta, Uma Thurman and Bruce Willis to name a few. The film revolves around two hitmen with a fondness for philosophical discussions. In this ultra-hip crime movie, their storyline is interwoven with those of their boss/gangster, his actress wife, a struggling boxer, master fixer and an anxious pair of armed robbers.

For the next screening the chosen film is Inglourious Basterds, which might be his most entertaining one of them all, with scenes of high-tension verbal sparring and scalp-smashing mayhem, all erupting when Tarantino’s band of vigilantes (led by Brad Pitt’s drawling lieutenant Aldo Raine) gun down their German rivals in a blaze of glory. Basterds is also notable for introducing the world to Christoph Waltz, who won the Oscar for his performance as the silver-tongued sociopath Colonel Landa, one of the most compelling film villains in history. This film left a distinguished mark in Tarantino’s filmography.

Where: Corner of Orange Street and Grey’s Pass, Gardens 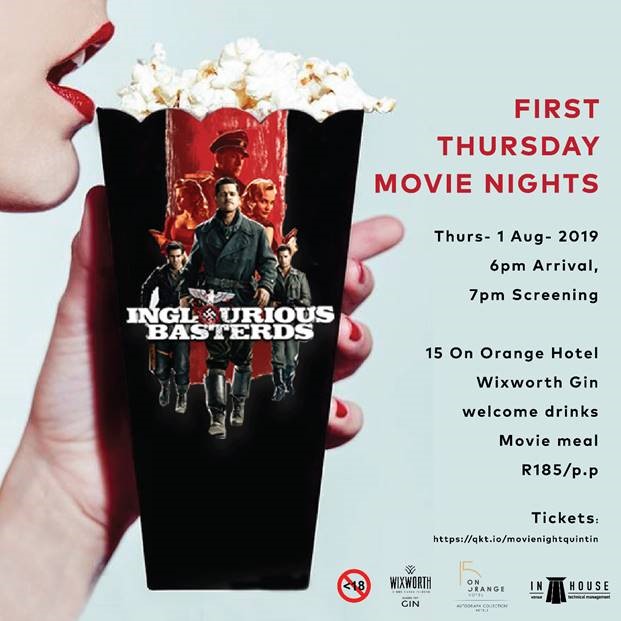 Where: Corner of Orange Street and Grey’s Pass, Gardens