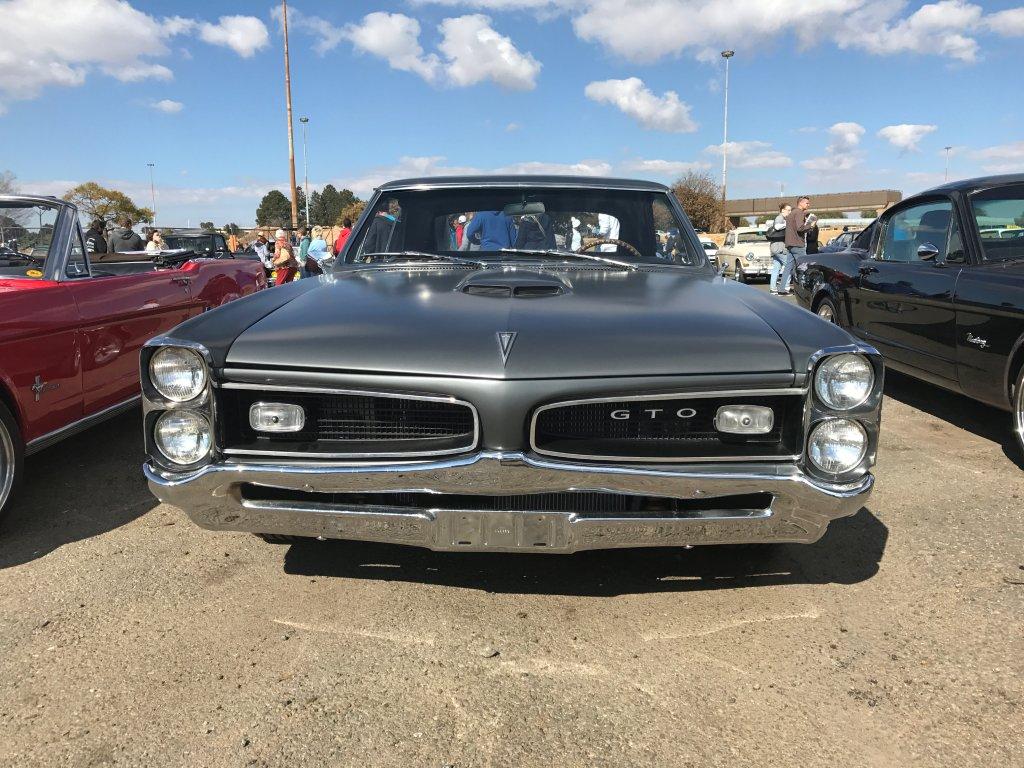 Brian Joss – The Classic Car Show  on July7  will celebrate a number of important milestones and anniversaries at the Nasrec Expo Centre on Sunday July 7, in Johannesburg.

Probably the biggest milestone of all will be that of the famous Mini, which was launched to an unsuspecting world on August 24, 1959. A large contingent of first-generation Minis will be making the run to Nasrec as a warm-up to the Mini Club of South Africa’s 60th birthday bash in Cullinan earmarked for August 24.

The Mini changed the way small cars were built, thanks to the genius of its designer, Alec Issigonis. This was the first car to feature front-wheel-drive with its engine mounted transversely (sideways) in the nose of the car, and the packaging of the little two-box design meant it could allocate 70 per cent of its size to the accommodation of people. In other words, this was the template for the odern small car, still followed today.

This British people’s car was assembled in South Africa from as early as November 1959. Initially Minis were badged as Morris Mini Minors or Austin 850s. They were essentially identical cars with tiny 10-inch diameter wheels and engines displacing 850 ccc.

The Mini evolved, with racy versions known as the Mini Cooper and Mini Cooper S, and in the 1970s the car gained a longer nose, known then as the Mini Clubman, Mini 1275 GT and Mini GTS. Minis were built in South Africa in Blackheath, outside Cape Town, until the early 1980s.

Mini would have won the 1967 event too, but the French disqualified the car because it had the “wrong headlight globes.” This competition success, and also on race tracks all over the world, made the Mini a giant-killing favourite amongst the younger generation. But it was driven equally happily by little old ladies and retired postal clerks.

The Mini turns 60 this year, and an on-going celebration of the little car has been conducted by BMW since the early 2000s, which of course builds the modern day Mini, which is actually about twice the size of an original Mini, but has less passenger space!

In the January 1969 edition of Car Magazine (South Africa), the editor speculated as to a new “mini -Mustang” car from Ford of Europe that might be launched later that year. He thought it might be called either the “Ford Delta, or Ford Capri”. Well, by mid-year Ford South Africa was already assembling Ford Capris and they were soon available in 1600, 1600 GT and 2000 XL form. The latter had a rather nasty V4 engine which was dropped from the line-up as soon as possible.

The Capri, like the Mini became a hit amongst younger people, and the most famous version of the car in South Africa was the V8 Perana. To date, South Africa remains the only country to put a V8-engined version of the Capri into production. It was the brainchild of racer-turned car-constructor Basil Green, and Ford South Africa approved the car so that it was available for sale in Ford dealerships. It is believed some 350 to 500 examples were built, and they are highly prized classics today. But 50 years after its launch, even the more humble 1600, 1600 GT, XL2000 and  XL 3000 versions are highly sought after as classics. And worth quite a bit of money, in good condition.

Expect to see a number of Ford Capris which was Ford of Europe’s answer to the Ford Mustang built in America. Talking of Mustangs, expect a large tur-out of these famous ponycars which awlays draws the best of American classics in the Gauteng area.

In that same January 1969 edition of Car magazine, it was rumoured that a “Datsun 1600 Dynamic” would be launched later that year. Datsun South Africa, which was assembling the Datsun 1300 Bluebird in Rosslyn at the time, said there was “no chance of the new 1600 being launched here”. That was in late 1968. As we now know, that car known as the Datsun 1600 SSS made its debut in late 1969, and Car proclaimed that “a new champion has arisen in the ranks of the 1600 production sedans.”

That turned out to be no exaggeration. The SSS changed the way us South Africans had felt about Datsuns, and all Japanese cars, up until that point.

It was a 160 km/h car in a time when the fabled Cortina GT could only manage 150 km/h. And on the rally circuits and race tracks the Datsun SSS quickly became legendary for its speed and reliability. The SSS also celebrates its 50th birthday this year, and traditionally classic Datsuns have had a huge presence at The Classic Car Show.

But respected American historians point out that the whole muscle car “thing” actually had its roots in the very early 1950s, when American car makers began selling “horsepower” as one of the most desirable attributes in a motorcar. At the start of the 1950s the top American sedans had just over 100 horsepower, and by the end of the decade the top “loaded” versions of Cadillacs, Oldsmobiles, Studebakers Fords and Pontiacs could boast horsepower ratings of well over 300!

That horsepower race continued into the 1960s, with cars like Pontiac’s GTO considered the first car to unofficially carry the “muscle car” tag. The Mustang, launched in April 1964, was later given the nickname “ponycar”. And imitators that followed, as the Chevrolet Camaro, Pontiac Firebird, Mercury Cougar and Plymouth Barracuda fell into this ponycar category too.

Classic American cars are all about V8 engines, and these have been used to good effect in lighter sports cars too. One of these is the Cobra, and you’ll see a number of Cobra replicas at Nasrec, as well as the Ford GT40.

Incidentally, Ford’s GT40 also celebrated the 50th anniversary this year of its most famous win at the Le Mans 24-Hour race, when Jacky Ickx won from a Porsche 908 by less than 100 metres, after a full 24 hours of non-stop racing!

In addition to a plethora of motorised Americana, there will be  a large contingent of British cars.

The owners of classic cars will be admitted free for the driver and one passenger, while extra passengers will have to pay a full admission fee.

The show runs from  8am to 4 pm. Classic car owners can gain access to the display area from 7am.

Entry is  R60 for adults at  Computicket, or R80 at the gate. Admission for children under12 is R20.

There will be a full menu of entertainment, food, a highlight is the prawn festival, drink , rock music and lots of fun for children including go-karts and jumping castles.Helicopter rides will also be on offer.

A host of stalls selling car-related and lifestyle goods will be set up.

CAPTION: Early muscle car: the Pontiac GTO will be on show. Picture: Motorpress