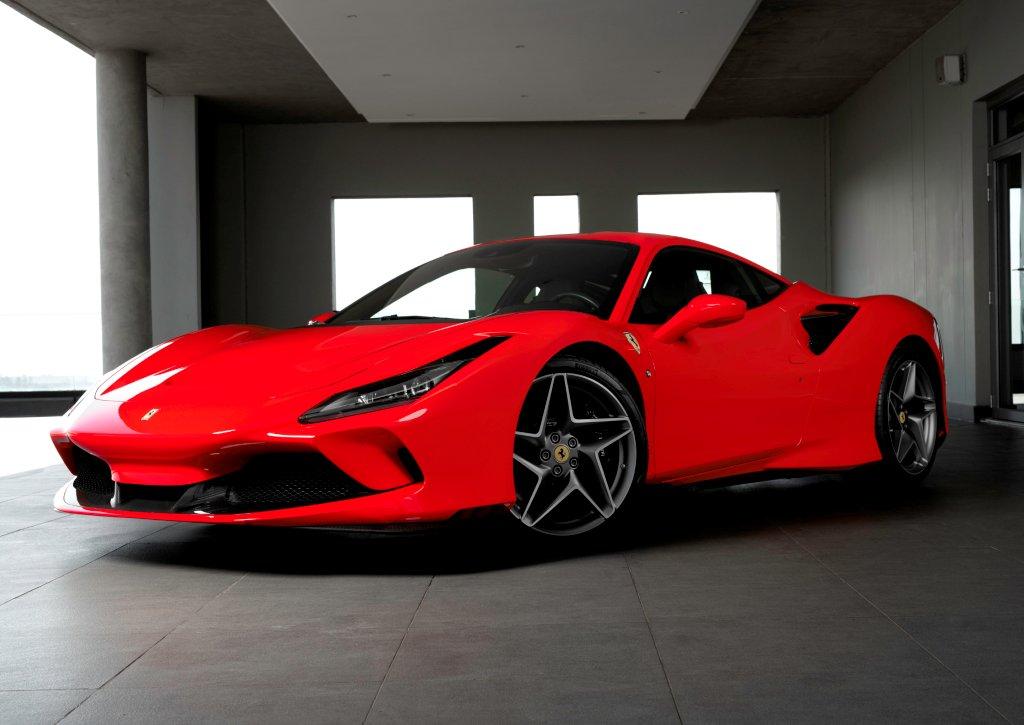 The latest mid-rear-engined sports car that represents the highest expression of the Prancing Horse’s classic two-seater berlinetta. It is a car with unique characteristics and, as its name implies, is a homage to the most powerful

V8 in Ferrari history. It makes the exhilarating performance of the best 8-cylinder in the world accessible to all drivers, with unprecedented handling and superior ride comfort.

With a massive 720 cv and a record specific power output of 185 cv/l, it is the most powerful V8 ever to be mounted in a non-special series Ferrari, achieving new heights not just for turbos, but for engines across the board.

The turbocharged V8 has already been used in other models in the range with various power output levels, winning “Best Engine” in the International Engine of the Year awards three years running in 2016, 2017 and 2018. In 2018, it was also awarded the title of the best engine of the last two decades.

The F8 Tributo delivers its 720 cv without the slightest hint of turbo lag and produces an evocative soundtrack. Instantaneous power is matched by exceptional handling thanks to the integration of state-of-the-art aerodynamics solutions derived from Ferrari’s track experience.

Designed by the Ferrari Styling Centre, the F8 Tributo is essentially a bridge to a new design language that will continue to emphasize Ferrari’s key characteristics of high performance and extreme aerodynamic efficiency.

In fact, the F8 Tributo is the most aerodynamically efficient series-production mid-rear-engined berlinetta ever designed.

The F8 Tributo replaces the 488 GTB and, in the range, is the model with the highest performance matched by the greatest driver involvement. There are significant improvements across the board, aimed at providing even better control on the limit along with greater onboard comfort.

The F8 Tributo punches out 50 cv more than the 488 GTB, is 40 kg lighter and benefits from a 10% improvement in aerodynamic efficiency along with the latest version of the Side Slip Angle Control, now in 6.1 guises.

Scuderia South Africa CEO, Mervyn Eagles, comments: “We are delighted to introduce the latest multi-award-winning Ferrari V8 Turbo engined model to the Prancing Horse family. The F8 Tributo with all its unique characteristics unquestionably sets the market benchmark for exhilarating performance, ease of handling and of course, driving pleasure.”

In honour of showcasing the F8 Tributo on South Africa soil, the official Ferrari dealer has partnered with the Anne Van Dyk Cheetah Centre to commemorate another African icon too; an icon that shares many attributes with that of the Ferrari F8 Tributo. Known in the past as the De Wildt Cheetah Centre, the name has been changed to the Ann van Dyk Cheetah Centre as a tribute to the woman who has devoted her life to the survival of the cheetahs as well as other rare and endangered species, Ann Van Dyk started the Centre in 1971.

“An African cheetah, officially named Tributo has been adopted by Scuderia South Africa to celebrate a likeness of beauty, performance, agility and of course, speed. Both the F8 Tributo and our cheetah, boast strong aesthetics, handle corners with precision and both can reach speeds of 0-100km/h in just under 3 seconds. As the official Ferrari dealer in South Africa we are proud to support and endorse the conservation of these rare and glorious creatures.” adds Eagles.

The Ferrari F8 Tributo will continue its roadshow throughout South Africa as it is revealed at the official dealers in Durban and Cape Town later this month. Tributo, the cheetah will remain at her home at the Anne Van Dyk Cheetah Centre where she can be visited by the Ferrari family and continue in her mission in educating communities about her fellow rare and endangered species.