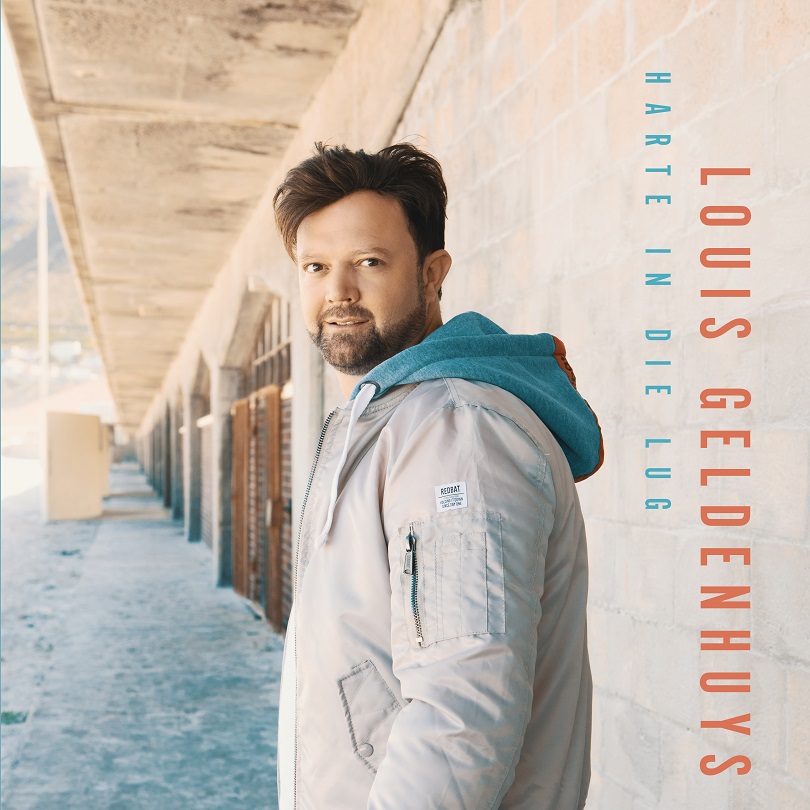 Louis Geldenhuys’s debut single, Harte In Die Lug, immediately caught the attention of music lovers and radio stations from all over the country and was very well received, especially at the KKNK and Jamrock Theatre in Cape Town. Now this talented star is back in the spotlight with his debut album, of the same name, which promises to add some new flavour to the South African Country Pop genre.

Just like the titular track, the album was cleverly mastered to combine the finest lyrics and melodies to ensure a chillingly beautiful end result. “My family and the need to get back on stage was the biggest inspiration behind my first CD. We have been working on selecting and recording songs by various talented songwriters; such as Dennis East, Pierre Rossouw, Rudi Claase and Warren Gray Elliot; since 2016,”explains the singer. “It was important to me that to have a connection with each song. Therefore, I truly hope that listeners will also be able to relate to the content of the album.”

HARTE IN DIE LUG, a title that according to him reflects the uniqueness of his own musical style, consists of eleven original tracks that includes dance music as well as meaningful love ballads and gospel song. According to him, it is difficult to choose a favourite track because the content was compiled so carefully, but if he had to choose one, it would definitely be Eenkeer. “On the day that I received the song, God spoke to me and it still happens every time I sing it,” he reveals. “‘Sy’s ’n Vrou Wat Kan’ is a song that Dennis East wrote for me about my own wife add it is also very special to me, because he managed to capture who she is so beautifully.”

Louis also reveals that Engel is at the top of his children’s playlist, while friends and family enjoy Vlamme the most. “I want people to get to know me through my music – I am a father who wants to live his dream and make his children proud,” he says. “I want to tour to every town in South Africa with this album and introduce my music to as much people as possible.”

The upbeat, catchy tune and cheerfully romantic lyrics of the titular track was the perfect teaser for what can be expected from the new album and is already a firm favourite on the dance floor. It written by Dennis East and is about two people who are in love and have the opportunity to share their hopes and dreams with one another at any time. They are like two balloons floating towards their personal paradise, where unconditional love will prevail.

A music video of this Country Pop single is also planned for the near future.

The musician with his sophisticated voice, grew up in Welkom and has been in love with music for as long as he can remember. “Apparently there was an incident in kindergarten where I stood on a chair and sang ‘Ruiter Van Die Windjie’ to my classmates,” he explains. Aside from singing in the school choir, Louis had no other formal vocal training, but he was determined to follow his dream of working in the entertainment industry. After school he was a regular performer at functions and venues in his area and he even went to study Drama with Nicole Holm and Albert Maritz at Nortlink College in Europe for two years.

“Unfortunately my father passed away in 2007 and I could not complete my studies, because I had to take over his business in Welkom. Ten years later, I was married with three beautiful kids and a busy life,” he shares. “But I missed singing so much that I decided that it was time for a change. I am currently residing in Blouberg and have started performing again full-time.”

Since resuming his music career, he has also performed at various festivals like KKNK and the kykNET Buite Ekspo, and he was also one of the organizers of a big music show in Mossel Bay, featuring big names like Nádine, Manie Jackson, Monique Steyn, Pieter Koen and Rudi Claase, which also afforded him the opportunity to perform with them.

Louis enjoys meaningful lyrics with an enjoyable tune and believes that this was inspired by the music that he grew up with, like Bles Bridges, BZN, Jim Reeves and Albert Hummond. He would love to work with the likes of Johan Vorster someday.

The musician shares that the last song on his debut album, Laaste Liedjie written by Rudi Claase, is also very dear to him: “It is a gospel track, which I dedicated to the Heavenly Father, without whom nothing would be possible.”

HARTE IN DIE LUG not only showcases his vocal ability and unique style, but also marks the start of a brand new chapter in his musical career… and it is clear that he has a lot of exciting things planned for the future.

The album is now available on all digital platforms here: https://music.apple.com/za/album/harte-in-die-lug/1469362230