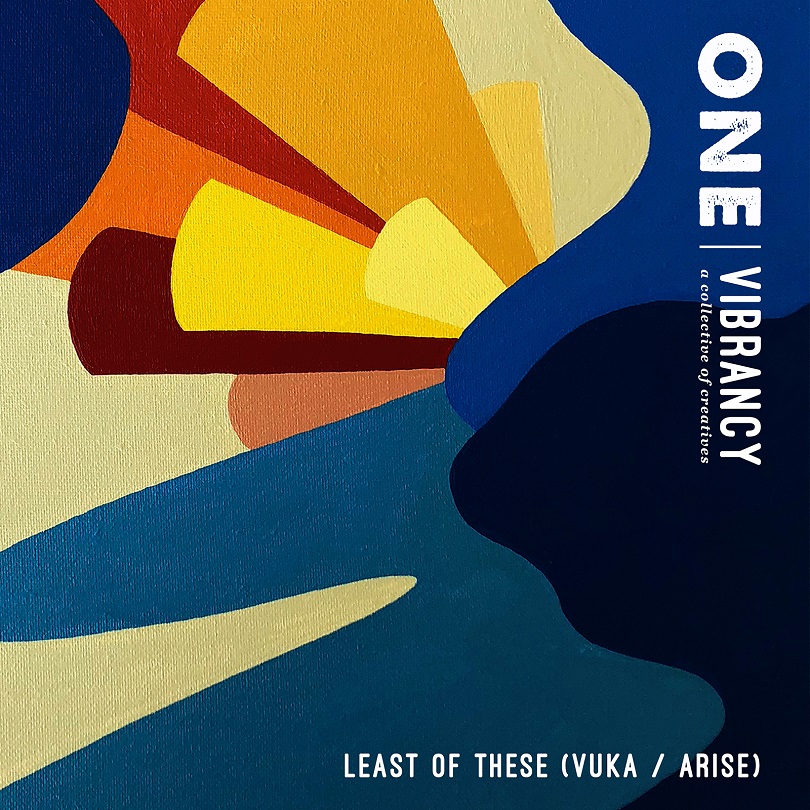 “This powerful ballad goes straight to your heart, singing truth over a hopeless country, as it calls God’s warriors to life. Not only is it a musical masterpiece, but we believe that this song beats to the rhythm of God’s heart for our country,” reveal the creators of VIBRANCY – A COLLECTIVE OF CREATIVES’ latest single, LEAST OF THESE (VUKA/ ARISE).

This song was inspired by a story based on gang leaders and drug dealers. Lebohang Kgapola – singer and co-writer of the song – was deeply touched as her community is struggling with drugs. Seeing so many people struggling with poverty and drug abuse, she asked herself what she could do for her community. With this in mind, Lebohang, Ndumiso Manana en Rashid Adams started writing a song that would minister these people.

“We feel that this song carries a great anointing, truly capturing what we believe is on God’s heart. He came for the lost, He came for the broken and as we as a country come face to face with the giants of drug abuse and poverty, we know that He has an army, and He is calling us to be His mighty warriors. He wants to make everyone whole. He cares about and sees every person. We pray that this song will awaken the lost to the knowing that they are loved, chosen and mighty,” they share.

LEAST OF THESE (VUKA/ ARISE) is the fourth single to be released from the inspiring album, ONE, which was the result of an invigorating retreat at in Harmonie in Franschhoek attended by diverse group of talented spiritual leaders, songwriters and musicians.

“Our hope for this song is  that it will minister to the lost. That people will awaken and respond to salvation. That they are not a lost case. God is a restorer and that is where He proves Himself as mighty.”

Click here to watch the song story for LEAST OF THESE (VUKA/ ARISE):