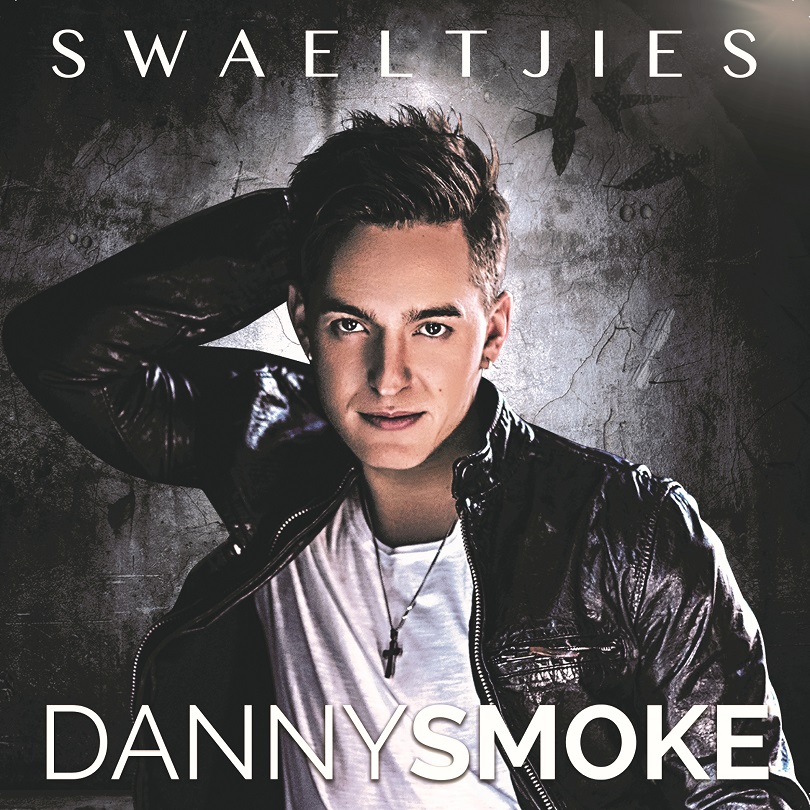 Danny Smoke’s hot first single, JOU LIPPE, was extremely well received by the public and the perfect teaser for his debut album, SWAELTJIES, which has just been released!

The artist, who became known for his amazing guitar playing ability and music production skills, is very excited about sharing his first album with the country and regards it as one of the highlights of his career so far. Inspired by the opposite sex, the CD can mainly be described as a combination of meaningful ballads and upbeat dance music, driven by strong melodies and an incredibly energetic production. “There are many negative things in the world. Music has the ability to move people’s emotions. The purpose of my music is to make listeners feel positive,” he says enthusiastically. “Although the main genre of my music is Pop, the lyrics of the songs have a much deeper meaning than one might think.”

His debut release boasts thirteen tracks that were specifically crafted to showcase his voice and guitar playing ability beautifully. He explains that the song he wrote for his daughter is close to his heart and that there are several other songs that have the potential to be great hits. “The album has a good combination of commercial elements without compromising musical integrity or creativity,” he says.

JOU LIPPE’s music video is now also available on YouTube and the gifted musician reveals that the main goal behind the video is to inspire listeners not to take life so serious, to take chances and to make the most of the memories they have. “The video has a fun and upbeat vibe. It was filmed by Christian Wolf at 012 Central in Pretoria, with the help of Hanru van Zyl, Wilhelm van der Westhuizen and Greg Bender,” Danny, who shares the screen with Jeanine Viljoen, shares. “There was no electricity on the day that the video was shot and it was quite a challenge to get everything done on battery power only.”

The single, a team effort by Danny, Johan Vorster and Christoph Kotzé, is an upbeat pop track that will encourage you to sing and dance along. According to Danny, it is a cheeky track about feelings that everyone experiences, but never wants to talk about. “It is about a guy who thinks he has seen, tasted and experienced everything. The woman the song is about, however, surprises him – specifically with her lips – and he just can’t get enough of her,” the singer shares. “I like to see people having a good time and this single will make audiences dance, sing, enjoy themselves and long for someone they haven’t met yet.”

When the versatile artist is not busy singing or playing guitar, he is also a music producer and feels blessed to have been a part of the music industry for more than twenty years. “I come from a musical family and music has always been a part of my life. I started playing guitar at a young age and have produced music for various successful local artists. It has always been my dream to write, sing and produce my own album,” he shares.

According to Danny, he draws inspiration for his lyrics from his own experiences and enjoys every second he gets on stage. Because he is also a music producer, he listens to a wide variety of music and admires One Republic’s Ryan Tedder for his versatility. The artist also has great respect for those who are brave enough to choose a career in music and tries to avoid music politics as much as possible. He believes that it is important to discover your own voice and to embrace it, because music is not a competition.

Danny Smoke approaches each task he takes on with great passion and precision; characteristics that are clearly evident in his debut single and album. The modern and honest interpretation of the songs on his debut-album, SWAELTJIES, and his unique voice are the perfect combination for an end product that will not only cause a stir in the South African music industry, but will also secure him a permanent place in the hearts of music lovers across the country.

The album is now available on all digital platforms:  https://INHOUDHUIS.lnk.to/Swaeltjies