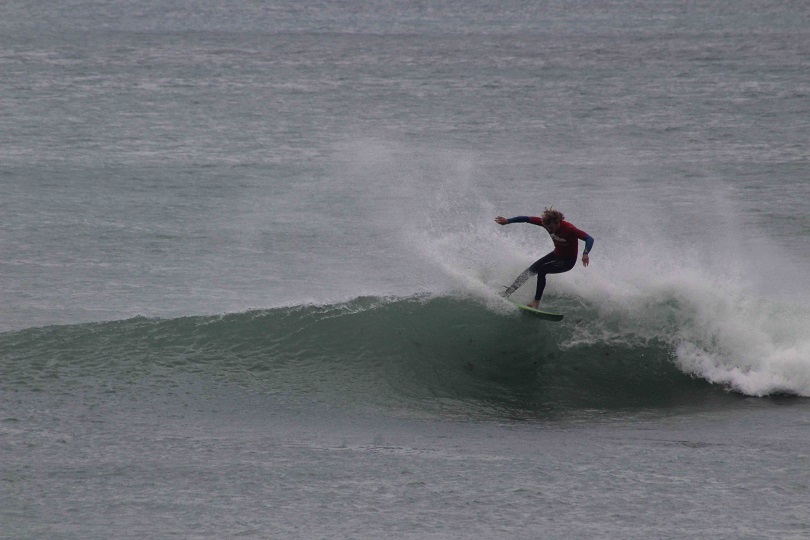 With several new faces in their outfit, the Madibaz surfing squad will be banking on a concerted team effort when the University Sport South Africa competition takes place later this month.

The Nelson Mandela University team have produced some excellent performances in recent years and will be aiming for another quality display at Victoria Bay near George in the Southern Cape from July 11 to 14.

Madibaz Sport surfing manager Melinda Goosen said the team competition at USSA was the highlight of the championships.

“That is why an overall team effort is very important,” she said.

“A team consists of eight males and four females, so it is important for all surfers in the team to score points as this contributes not only to the individual sections but to the team title as well.”

She added that the team competition had been fiercely contested between Madibaz and the University of Cape Town in the last two years.

In 2017, Madibaz came second overall, narrowly losing out to UCT by eight points after the men won their section and the women came third.

Last year, the Port Elizabeth team were again edged by UCT in the overall standings, with the men finishing second in their section and the women winning their division.

With some new faces in their squad, particularly among the men, Goosen said they were in a rebuilding phase but that they had gained a fair deal of experience in the women’s team.

“Our newer members might not have surfed a lot of competitive contests and they will need to be prepared for that as well as the conditions at Vic Bay.

“But we do have Greg Cuthbert and Daniel Rumbelow who contested the semifinals and the final last year, so they will be able to pass on some tips to their teammates.

“In the women’s team Tahra Uren made the final last year and will be ready to fly the Madibaz flag alongside Casey Mcleavy and Ashleigh Vaughan.”

She said the camaraderie among the team members would be a plus for them.

“Besides that, the team have a healthy competitive spirit while the experience of those who have surfed at Vic Bay will be crucial.”

Goosen added that they had held three trials over a period during April and May to go through the selection process.

“Then there is also a squad camp to build team spirit and to prepare the members specifically for the challenges of USSA and Vic Bay.”

CAPTION: Madibaz surfer Greg Cuthbert will be one of the more experienced members of the team when they contest the University Sport South Africa championships in Victoria Bay near George from July 11 to 14. Photo: Supplied