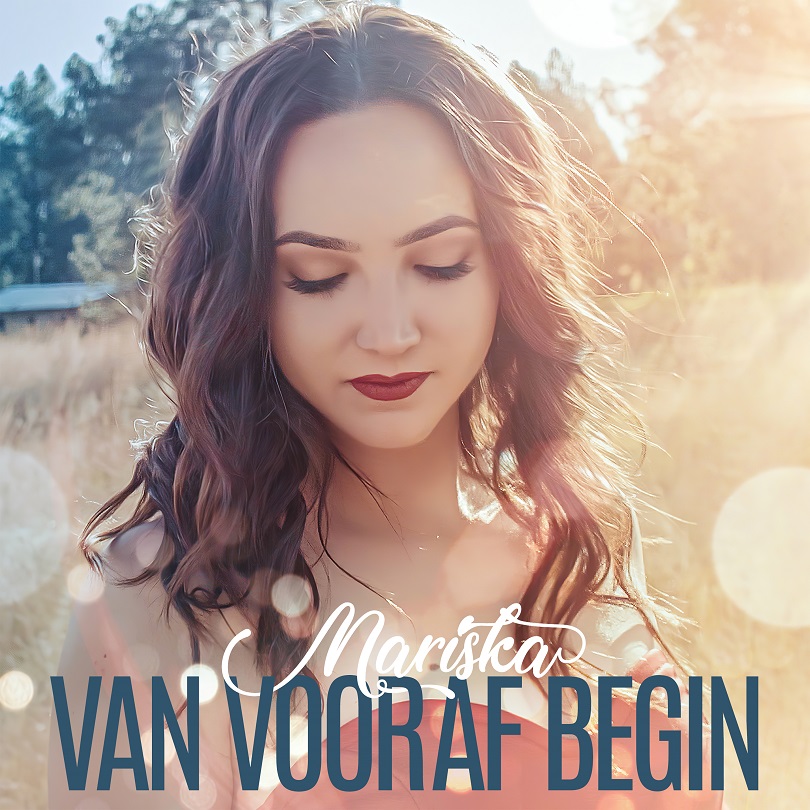 Only a year after releasing a successful debut album and two radio hits, Mariska is back with a brand new single and music video, VAN VOORAF BEGIN, which once again confirms how much talent she has to share with the world.

This upbeat contemporary track combines pop and country elements to ensure a fresh and exciting sound and to perfectly complement the singer’s unique sweet voice. The song, created by Vaughan and Nerine Gardiner, is about a girl who is daydreaming about good times with the man of her dreams and who wishes that she can relive those romantic memories again.

“VAN VOORAF BEGIN is about the love between two people and reminds you that true love still exists and that it’s okay to believe in it,” she explains. “I was able to relate to the storyline from the very beginning and enjoy doing songs that get stuck in my head. The song has a nice commercial sound that invites you to sing along and I believe that audiences of all ages will be able to enjoy it.”

The idea for the music video of the single, was inspired by Hailee Steinfeld’s Capital Letters and the Hilary Duff movie, A Cinderella Story. It was filmed by Fathom Media at a horse farm, Zonnehoeve Equestrian Estate in Ruimsig, as well as in Constantia Kloof and styled by Image by Suna and nichA Clothing. “I don’t want to give away too much information about the video, but I was able to immerse myself in the storyline and really enjoyed the filming process,” the singer shares.

VAN VOORAF BEGIN is the third single from her debut album, Dankie. The album, the result of six years of hard work, deals with the different aspects of love and has a contemporary pop sound. It boasts twelve original hits, penned by popular lyricists such as Vaughan Gardiner, Johan Oberholzer and Rudi Claase, which ranges from upbeat, easy listening tunes to deeper compositions with a more classical approach.

The title track and first single off the album, was written by Johan Oberholzer and has a catchy melody complemented by meaningful lyrics. It’s about being grateful to be alive and was very well received by radio stations and the public. The song also topped the charts of Bosveld Stereo’s Top 20 hit parade.

Mariska grew up on a farm just outside Hoedspruit and has been intoxicated by classical music from the age of five. She started taking singing lessons in grade 1, after which she also quickly mastered instruments such as the piano, violin and keyboard, for which she raked in a string of awards at the Eisteddfod in her matric year. The star also completed her BMus (Hons) qualification in Music Performance at The Campus of Performing Arts (JHB).

At the age of seventeen, she released her own demo album, Optelmeisiekind, which consisted of 36 tracks in Afrikaans and English. This led to the release of two music videos in 2011, Reënboog Hart and Alles Vir Liefde – a duet with Rian Ungerer – which was chosen to represent Africa at the Eurovision music video contest. The track is also included in Select Music’s album and DVD compilation, Ons Sing Duet.

Soet Soos Suiker, her first official single, was very well received and is still being played on the radio. The underwater scenes in the music video, produced by Hartiwood Films (Liefling – Die Movie, Pretville), attracted a lot of attention and secured her a spot on the music program, DKNT. As part of a special marketing campaign, the song was also featured on programs like Jukebox, Hectic 99, Jakkals Jol (SABC 2), Sunrise and eNews (eTV). These days, she is a regular performer at festivals and functions all over the country and regards every step in her music career as a highlight.

When she is not performing, she is busy with her Bachelor’s Degree in Psychology and writing music for her next album.

VAN VOORAF BEGIN, like the rest of Mariska’s album, is about love and boasts a catchy tune and fun lyrics that is set to be a firm favourite on the dance floor for the next couple of months.