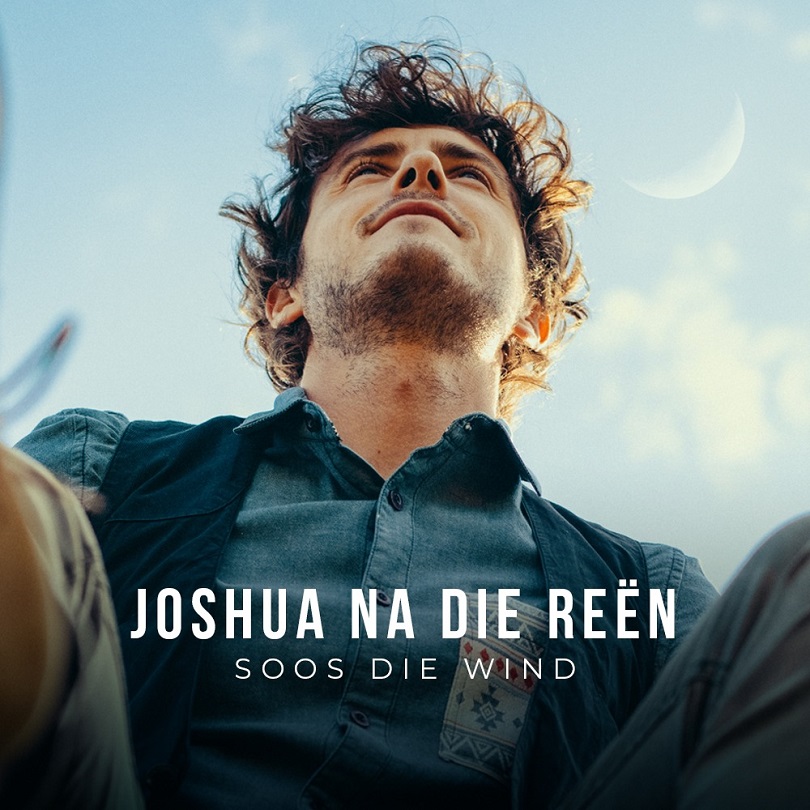 Now, during July 2019, he will be releasing the second single from this album, titled, SOOS DIE WIND.

“I wrote Soos die wind while I was still playing for and touring with Bobby van Jaarsveld. We were close to Riversdal and one of my friends, Juanel phoned and asked me to come to his baby girl, Ya’El’s christening the following morning.  I then wrote, SOOS DIE WIND for her as a blessing over her life. The universal meaning of this song is also that, a blessing that we need to speak and hope for the people around us”, says Joshua.

The musician, who is known for his soothing velvety voice, has produced this latest album himself. He went to a lot of effort to seamlessly interweave the finest melodies and lyrics with an interesting combination of contemporary and pop sounds to ensure a very striking end result.

“I have learned a lot during the recording process. On this journey, I met people who contributed so much more than what was expected of them… Ewald Jansen van Rensburg did the sound mixing and it was one of the most effortless collaborations of my life. It was nice to be able to trust someone so completely with what they were doing. Andy Maritz did the drum production and I often tell him that he saved the album,” he says.

Eleven original tracks, one of which (Vlieërs) is a duet with upcoming star Liani Reynolds, will guide fans through a spectrum of various human emotions and promise to keep them captivated from beginning to end and speak directly to the heart. The radio version of the hit Soos In Nou also appears as a bonus track on the album.

Joshua na die Reën has been captivating audiences since his debut album, Joshua na die Reën, was released in 2014. Since then, he has won several awards, including various Ghoema Awards (Joshua na die Reën), a Huisgenoot Tempo, a SAMA (Die Wêreld Binne My) and a Woordfees prize. The artist has also written theme songs for movies like the box office hits Vir Altyd and Ballade vir ’n Enkeling (Voshaarnooi).

With SOMERAARDE’s meticulous composition and soulful content, he not only exceeds his latest goal but also strengthens his place as a musician in the industry. His latest release promises to touch listeners’ hearts and will be an asset to any album collection.

This album is available on all digital platforms here:  www.jndr.co.za/itunes