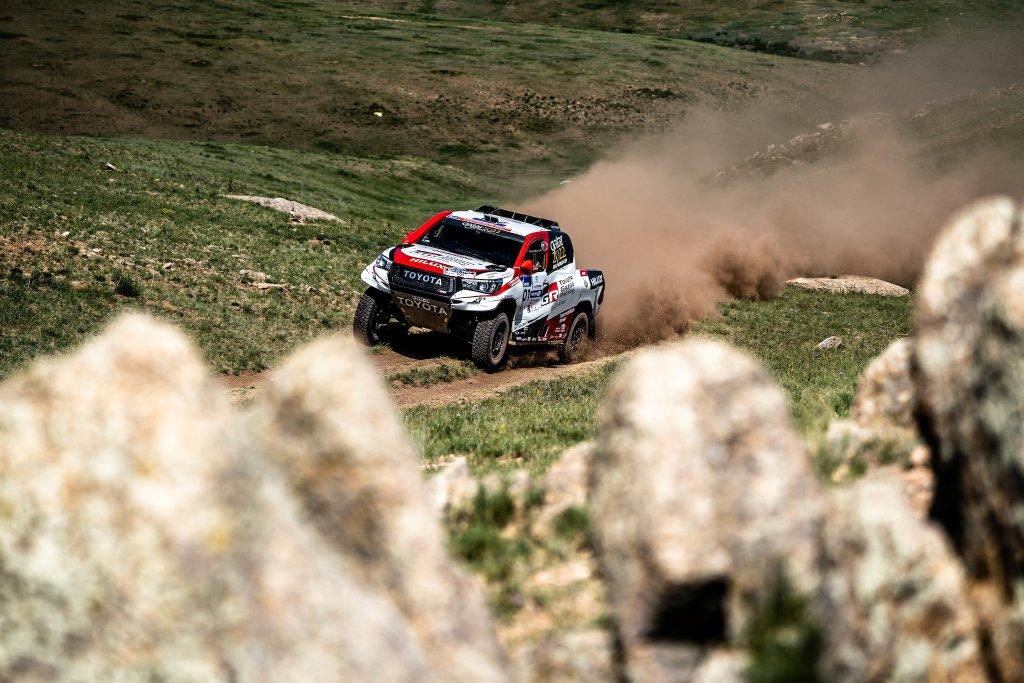 Brian Joss – MANDALGOVI, MONGOLIA – Midway through the 2019 Silk Way Rally, Toyota Gazoo Racing SA’s Nasser Al Attiyah and navigator Mathieu Baumel find themselves at the top of the standings, with a lead of 37min 25sec.

The stage took the rally from the Mongolian capital of Ulaanbaatar to the central city of Mandalgovi, on the edge of the Gobi Desert. The terrain en route included gravel tracks through green landscapes, steppes and many parallel tracks, that made navigation tricky.

“Even so, Mathieu did an amazing job yet again,” said Al Attiyah after completing the stage. “We were the first car on the route yet again, but he never made any mistakes and we managed to push in the areas where we could clearly read the road.”

At the same time, the fellow Toyota Hilux crew of Erik van Loon and Sebastien Delauney posted the third-fastest time on Stage 5, 7min 39sec slower than the 2hrs 43min 14sec set by Al Attiyah/Baumel. This sees the Dutchman move up into 26th place overall, after losing a mass of time on Stage 2 of the event.

Stage 5 saw Mathieu Serradori set the second-fastest time in a South African-built Century CR6 buggy. The Frenchman is in 11th place in the overall rankings.

Stage 6 will be the final racing stage to take place completely within Mongolia, before the rally crosses the Chinese border for the final stages.

The 411 km-long stage stretches between Mandalgovi and Dalanzadgad, and includes a timed section of 408 km.

The race will finish in the Chinese city of Dunhuang on July 16, after more than 5,000 km, ten stages and visiting three countries.