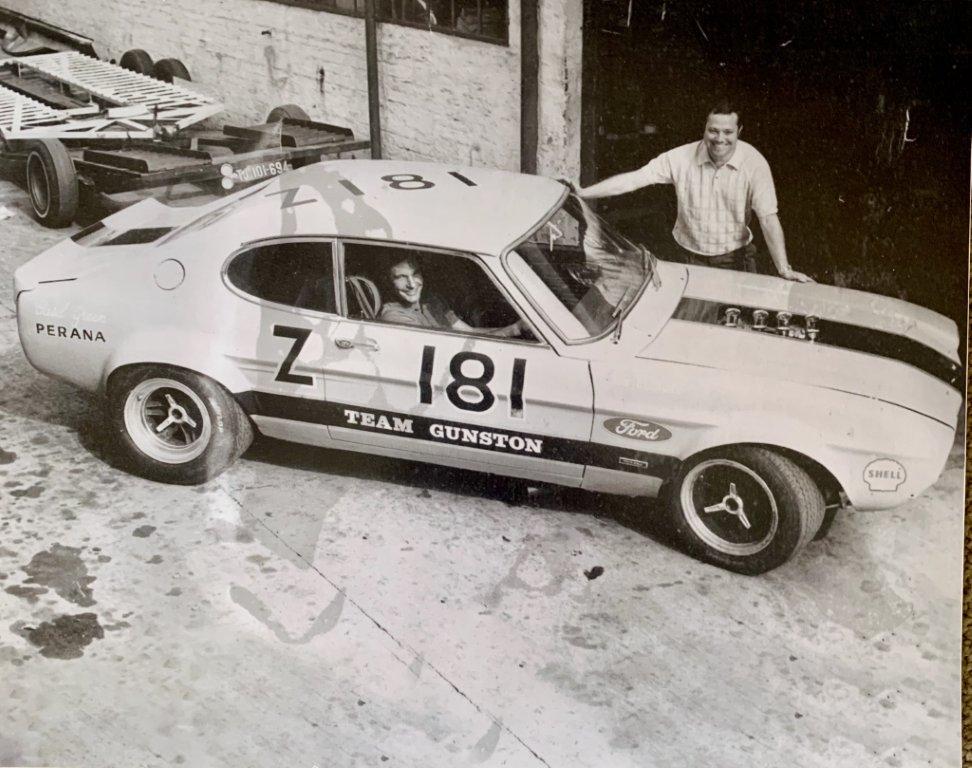 The Hall of Fame honours outstanding achievements amongst South Africans from all walks of life. Inductees include Nelson Mandela, golfer Gary Player and Olympian Wayde van Niekerk. Several luminaries from the racing and automotive industry have joined these icons since Concours joined forces with the Hall of Fame, including Ian Scheckter, Sarel van der Merwe, Byrne and 2019 Daytona 24-hour victor Wayne Taylor.

Green’s first Perana was the ’67 Cortina MKII, where he squeezed a three-litre Ford Essex V6 into an engine bay usually reserved for a four-cylinder engine.

The Cortina Perana raced onto to South Africa’s lightly-trafficked roads, while at the same time making its mark on the country’s racetracks. Racing legends Koos Swanepoel and Bobby Olthoff drove Cortina Peranas to multiple victories and to SA national championships.

Green’s next trick cemented the Perana brand as an icon in South African motoring history: he audaciously extracted the V6 engines from Ford’s Capri coupe and replaced them with five-litre V8 powerhouses from the Mustang. The charismatic Ford Capri Perana V8 “hit the local motorsport scene with a sledge hammer blow”, while at the same time rewriting the road car rulebook.

In its signature Gunston livery, Bobby Olthoff’s Ford Capri Perana utterly dominated on track in 1970, smashing the outright saloon car lap record at every circuit on the championship trail! At the same time, road car production was in full flight, with over 550 Capri Perana V8s built at Edenvale.

Dubbed “the Carroll Shelby of the bushveld” Basil Green is an engineering visionary worthy of his imminent Hall of Fame induction. Some of his creations, specifically the Perana, will form part of a display of ‘special’ South African cars.

Fans will get a chance to view these legendary cars at Concours South Africa 2019 – the deluxe event where classic cars meet luxury living.

“We are delighted to see Concours South Africa returning to our Parkland Residence for the second consecutive year,” comments Giuseppe Plumari, CEO of Steyn City Properties.

A bespoke range of hospitality packages are available for the duration of the weekend extravaganza. These range from branded corporate pavilions for up to 100 daily VIP guests through to tailored, individual day passes.

Phone Sabrina Morris on 082 902 6244 or email: sabrina@eventoptions.co.za for more information.

The Best in Show at Concours South Africa 2019 will be announced on Spring Day, Sunday 1 September.

A major portion of proceeds will be donated to the QuadPara Association of South Africa (QASA) and tickets will not be available at the gates on the day.

Visit: www.concourssouthafrica.com or download the CONCOURS APP via the App Store or GooglePlay to enter your car