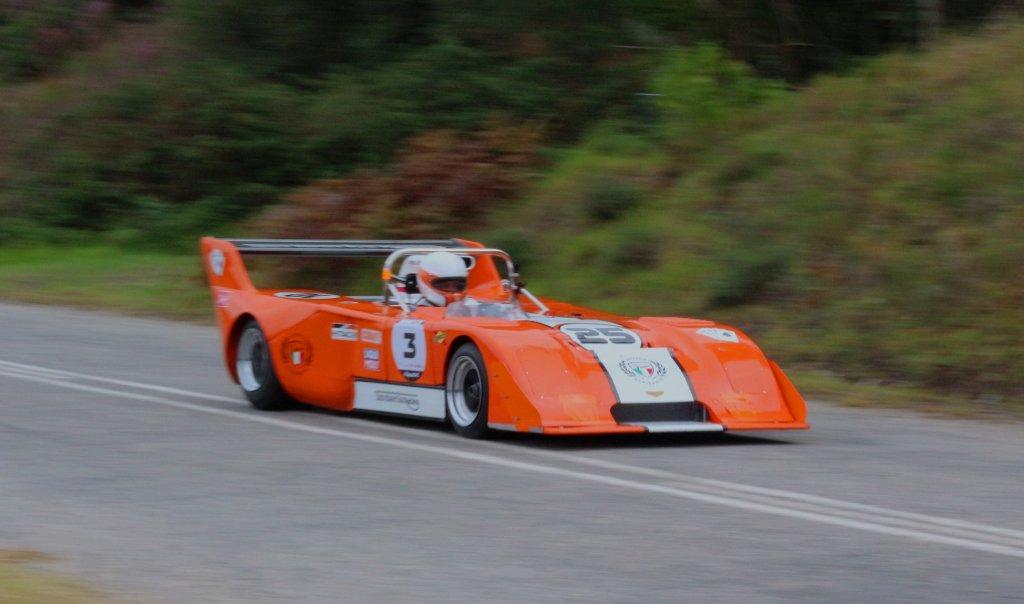 Brian Joss – Cars in the Park 2019 will host a special tribute to the most successful driver and racing team to date in the annual Jaguar Simola Knysna Hill climb.

The Franco Scribante Racing display will be part of a huge contingent of some 3 000 classic cars which will descend on Zwartkops Raceway near Pretoria on Sunday August 4, for the biggest car show in Africa.

Organised by the Pretoria Old Motor Club, this year’s event will be the 39th annual running of Cars in the Park, which started out as an event for just over a dozen old veteran cars in Pretoria nearly four decades ago.

Exhibitors of classic cars will be admitted from 6 m to the Zwartkops circuit, while gates open for spectators at 8am.

Admission price is R100 for adults, and children under 12 are free. Drivers of classic cars 30 years and older gain free entrance, along with one passenger. All additional passengers will pay full admission price.

One of the main sheds in Pit Lane will comprise the Franco Scribante Racing competition car display, featuring a mouth-watering mix of classic sports racing cars and topped off by one of the most valuable classic cars in South Africa, a concours-level restored 1961 Mercedes-Benz 300 SL Roadster.

This year Franco Scribante and his team, appropriately known as Franco Scribante Racing, topped off a remarkable run of success at the Jaguar Simola Hillclimb in Knysna by winning the Classic Car Friday event in a Chevron B19, and taking the Modified Saloon title in the King of the Hill competition for radically modified cars on the Sunday. Scribante was in a purpose-built Nissan GTR out-and-out racer capable of producing 1 000 kW!

In addition to these two cars, Franco Scribante Racing will also be showing a very special V8-engined Chevron B26 and a radical Porsche 997 Twin Turbo, which is a front-runner in the South African G&H Supercar Championship.

The road-going  Mercedes-Benz 300 SL Roadster, a 1961 model, was the subject of a nut and bolt restoration that ran to an eight-figure costing some two years ago. These cars are all prepared and built at Franco Scribante Racing’s headquarters near the Kyalami race circuit in Midrand.

The cars are of such special provenance and exotic specification that it is worth taking an in-depth look at each one individually.

Gunston Chevron B19: this is the ex-Brian Redman Chevron B19 from 1971, as used in the Springbok Series of that year. The car has been authenticated by the famous Paul Owens, the right-hand-man of Chevron founder Derek Bennett.

Chevrons were a feature of the Nine Hour endurance race at Kyalami in the late 1960s and early 1970s, and Brian Redman was one of Chevron’s top drivers, who also went on to achieve fame as a two-time Le Mans 24 Hour winner. British-born Redman in fact drove in 15 Formula One Grands Prix yet at one stage he temporarily quit racing and worked for a Volkswagen dealership in South Africa!

This car, previously owned by South African Anthony Corin, was part of a three-car Gunston-sponsored team that competed in the international Springbok Series in 1971. Other members of that team included the late great world motorcycling champion, Mike Hailwood.

The car now runs a Cosworth BDG two-litre racing engine, producing about 225 kW, and runs a non-sequential, period-correct Hewland gearbox. In Scribante’s hands it first won the 2014 Classic Car Friday title at the Knysna hill climb, and this year also won the title in the classic racer division.

Chevron B26 “Hayabusa”: this car, originally a 1973 design, uses a reconstructed  B26 Chevron chassis adapted to run an amazing 3,9-litre V8 engine created by RPE (Radical Performance Engines) of the UK. The engine was built by joining together two four-cylinder Suzuki Hayabusa motorcycle engines, using a special common crankshaft. According to Franco Scribante Racing’s Cobus Jonker, it develops some 450 kW at over 9 000 rpm. Those that have heard it run in anger say it sounds “unholy.”

This modernised Chevron, also in orange but with rear winglets and sans Gunston signage, set an overall record at the Knysna Hillclimb in 2016. It has also won three-hour endurance races in recent years in South Africa, proving that the car (and its driver, Franco Scribante) are as equally adept at endurance events as they are in hill climbs that last less than 40 seconds!

Nissan GTR Twin Turbo hill climb special: this radical car was conceived in New Zealand, but assembled by Franco Scribante Racing, as the team received the car in kit form. It is totally different from a road-going Nissan GTR, in that it runs a chrome moly space frame chassis and carbon fibre bodywork.

The radical bodywork was un-finished when Scribante took delivery of the car and the team found that the car developed far too much downforce at the rear of the car. Hence Scribante team manager Cobus Jonker’s decision to graft on a radical front wing (based on the rear wing of their Porsche 997 track racer) to balance the aero dynamics.

The decision worked, as the car arrived at this year’s Knysna Hillclimb virtually untested, but set a new track record in the modified saloon class of 38,5 seconds. The engine uses a standard GTR block but virtually every other internal is purpose-built for racing. Jonker says the engine is configured for an output of over 1 000 kW, although the team ran “conservatively” at around 780 kW at Knysna this year. It has a measured 0-100 km/h time of 2,1 seconds.

Porsche 997 Twin Turbo Supercar racer: the Scribante team’s Porsche 997 Twin Turbo is extremely quick, the engine developing  about 745 kW. It runs extensive carbon fibre bodywork, massive slick tyres and the power is fed through a six-speed sequential gearbox to the rear wheels. It is the current front-running car in the G&H Supercar Championship in South Africa with Franco Scribante at the wheel. His main competitor is an imported Aston Martin GT3-spec racer.

Mercedes-Benz 300 SL original road car: this 1961 roadster is actually the open-topped version of one of Mercedes-Benz’s most famous cars, the famous Gullwing Mercedes introduced in 1954. The roadster made its appearance in 1957 and was actually more popular than the closed Gullwing version of the original 300 SL.

The three-litre, six-cylinder 300 SL is famous for introducing direct petrol injection to series production cars. It is only in the past decade that modern manufacturers have again explored the benefits of direct petrol injection. A total of 1 858 of the 300 SLs were built between 1957 and 1963, and the value of these cars, in perfect condition, is generally believed to be well in excess of R20-million.