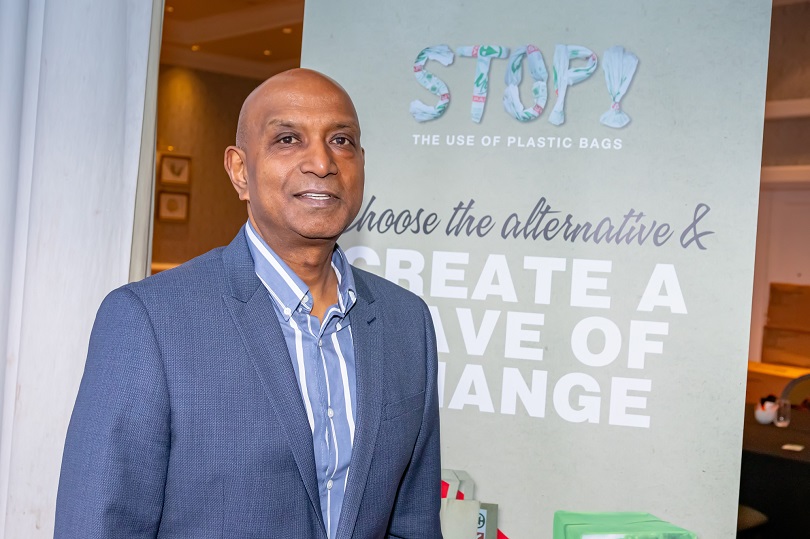 The next stage of SPAR Eastern Cape’s STOP Plastic campaign was launched this week as the biggest food retailer in the region aims to take the project to another level.

At a function at the Boardwalk Hotel in Port Elizabeth on Monday, Angelo Swartz, who will soon take over from Conrad Isaac as the SPAR EC managing director, said they were ready to strengthen their commitment to cleaning up the environment.

There would be a number of incentives in Phase II, including an amount of R250 000 which would be set aside for prizes for bodies that come up with innovative ideas to make a difference.

However, both Isaac and Swartz agreed they needed to continue their commitment to the project in collaboration with various parties.

In outlining their plans, Swartz said it was something they could not do on their own and invited role-players from all walks of life to join them.

To kick-start Phase II there will be a promotion on Saturday (July 13) where customers at SPAR stores will be given a free paper bag for every 10 plastic bags they provide.

Swartz outlined further plans as they continued to build on the success of the opening phase.

“We are going to stay committed to raising public awareness about the situation, not only by driving it through our products but also by telling people why they need to make a difference,” he said.

One of the major initiatives would be to encourage a diverse group of parties to think about creating innovative changes.

“We are going to challenge society in general to come up with initiatives that really affect the community,” added Swartz. “To this effect, a total of R250 000 will be made available for prizes for new ideas that can make a difference.

“We will be calling on corporates, small businesses, schools, tertiary institutions and customers to come up with ideas and to tell us about them.

“The fund will cover prizes for those members of the community who make the biggest difference.

“This is what SPAR is all about – our purpose is not only to sell groceries but to also inspire people to do and to be more.”

Swartz identified several other areas on which they would focus.

“In addition, we will continue to work with our suppliers to achieve responsible packaging solutions. It’s not only about the plastic bag, but about all the plastic that is used just once.

“Plastic does have a place in our lives, but we have to find responsible ways to use it and to come up with innovative solutions for re-use.”

He added that they would continue to work with like-minded organisations and companies who were eager to make a difference.

“We want to encourage everyone to get involved, to the point where even if it is our competitors. We can’t do this alone and if we are doing something for the right reasons, it takes the commercial aspect out of it.”

Equally important, said Swartz, was to educate the public to make better choices in terms of packaging and using alternatives to the plastic bag.

Besides Saturday’s promotion of 10 plastic bags for a free paper bag, he said they would be setting up regular promotions with suppliers in which, by buying certain products, customers could qualify for paper bags.

“We don’t want to put all the cost of alternative packaging onto the customer so this will be a way to encourage them to try a better option.”

Swartz said it was incumbent on everyone to ensure the future of our world.

“We don’t inherit the planet from our parents, we borrow it for our children,” he said. “And what we do today matters; what we do is going to have consequences – good or bad.

“This campaign is not about what is commercially viable. The SPAR brand is about making a commitment as to what we stand for and this STOP Plastic campaign is the right thing to do.”