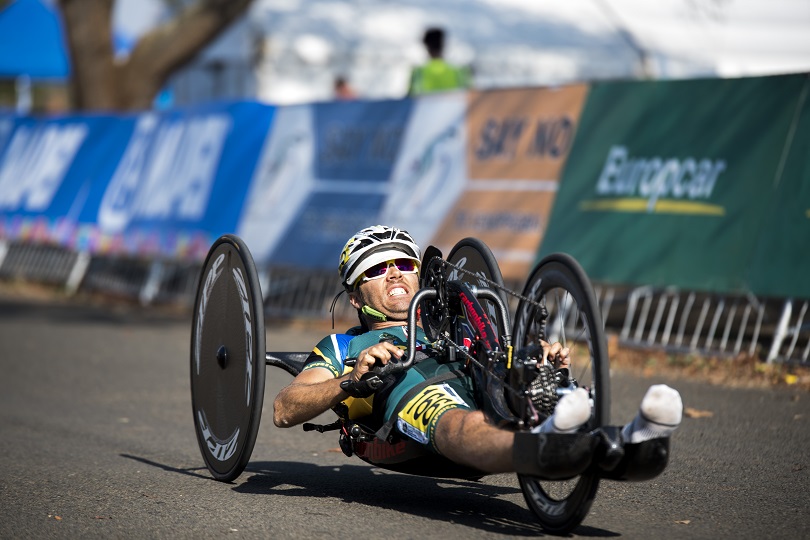 “Actuarial Analyst in the Actuarial & Insurance Solutions Department at Deloitte & Touche in Johannesburg and Motivational Speaker” does not sound like the CV of a C6 Quadriplegic.

(He holds a BSc and an Honours Degree specializing in investment management from the University of Johannesburg). 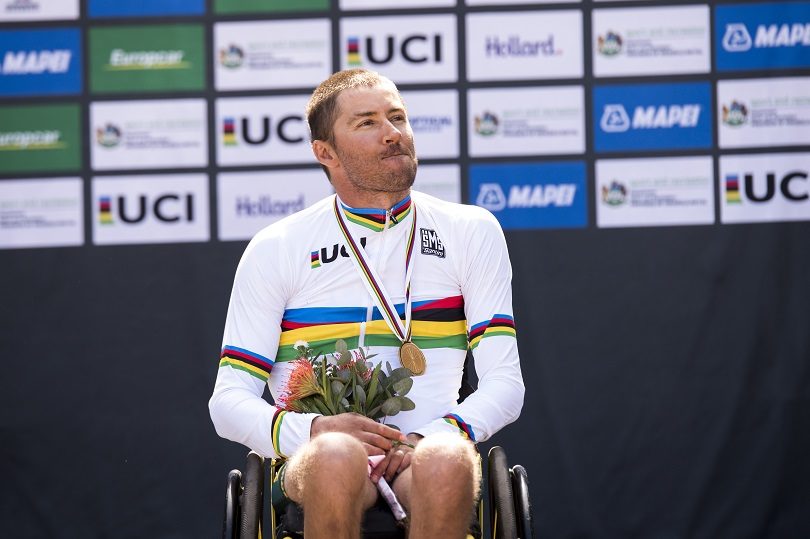 Add “Husband and Father” to that and you begin to see the CV of a truly remarkable man.

Yet these are only a few of the highlights in the career of Nicolas Pieter du Preez.

Growing up in Randburg, Pieter was an avid athlete, swimmer, and triathlete.  In 2003, at the age of 23, he was hit by a car which left him with a broken neck, femur, and knee.

Pieter spent 42 days in ICU, unable to move anything.  Over the next two years, he regained the use of his wrists, biceps, and shoulders.  He now has 15 percent of the functionality of an able-bodied person.

“I’m now a C6 quadriplegic, which means I don’t have any triceps, I can’t move my fingers or hands and I’m completely paralyzed from the chest down”, he is quoted as saying in a 2017 interview with In the Bunch.

Here are the highlights of his remarkable career:

The Robben Island swim was particularly challenging as he is unable to regulate his body temperature in the icy water.  Hypothermia set in with 2 km to go, but he was determined to finish.

In the same interview, Du Preez explained his ventures were not just for himself and that they often inspired others with disabilities.

“It’s not that I want other quads to go do an Ironman, but, by doing the impossible things, others can start to see it is possible.  We all have that power to create hope, inspire and create a better life for those around us.”

But there’s more to come, Pieter is determined to swim the English Channel, break the marathon world record and finish the Ironman in under 12-hours.

“I won’t make this years’ OCC for the first time in 14yrs as the date falls over UCI Para-cycling world champs in the Netherlands, so very sad.  I have won the 42.2km quad hand cycle race 12 or 13 times now if my memory serves me correctly.”

Athletes in racing wheelchairs, adapted bicycles, hand cycles, basketball chairs, and ordinary wheelchairs have made this into the premier sporting event for the disabled on the South African sporting calendar. It undoubtedly has the potential to develop into one of the best events of its kind in the world!

Apart from the George Municipality, Lancewood and the Department of Cultural Affairs & Sport is supporting the event.  Halfway Toyota is the venue host for the event.