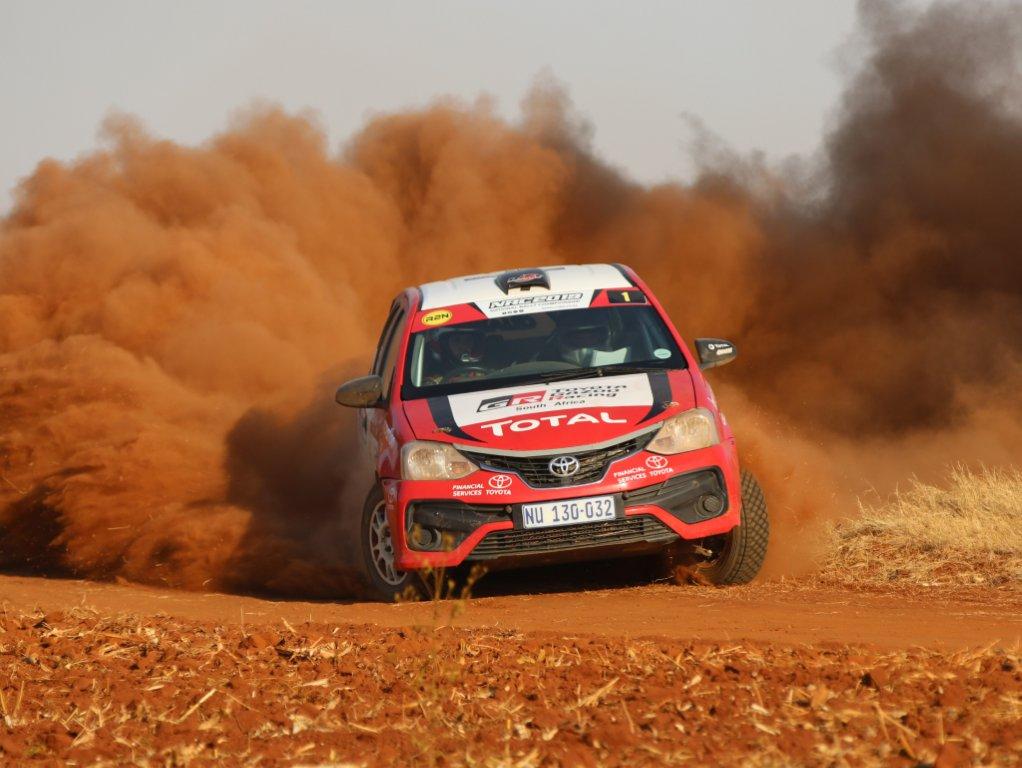 Brian Joss – Guy Botterill and Simon Vacy-Lyle are ready for action in the Baywest National Rally, which is set to take place on 19 and 20 July, in Port Elizabeth.

This is Round 4 of the 2019 South African National Rally Championship (SANRC), and offers an opportunity for Botterill to cement his position at the top of the championship standings.

Botterill has won every round of the championship to date, and while it is too early to make any predictions on the outcome of the season, a win in Port Elizabeth will go a long way to securing another national championship for the Durbanite.

Navigator Vacy-Lyle missed out on Round 3 of the championship last month, due to the birth of his daughter Hannah. However, the Toyota Gazoo Racing SA stalwart will be back in action this weekend, hoping to add more points to his own tally in the championship.

The upcoming event will again take place on some of the most spectacular rally roads that South Africa has to offer. There will be a ceremonial start at the Baywest Mall at 13:30 on Firday, 19 July; followed by five timed stages. Six more stages will take place on Saturday, 20 July, including some legendary stages such as Cultutama and Sinkdam in the fearsome Longmore Forest.

“We know we have to treat these roads with respect,” says Botterill of the Baywest National Rally. “They are spectacular but challenging, and a slip-up could be disastrous. Add to that the unpredictable weather, and we clearly have to be pragmatic about our approach.”

With that said, the team have done everything in their power to ensure that their Toyota Gazoo Racing SA Class R2N Etios is in perfect shape for the rally. Pre-race testing has been completed, and the crew will be making their way to the Friendly City later this week.

“I’m really excited about the weekend,” concluded Botterill. “There’s a lot going on at this event, including some exciting news that could bolster the sport. But for me, my focus has to be on the championship, and bagging maximum points in Port Elizabeth it my first priority.”