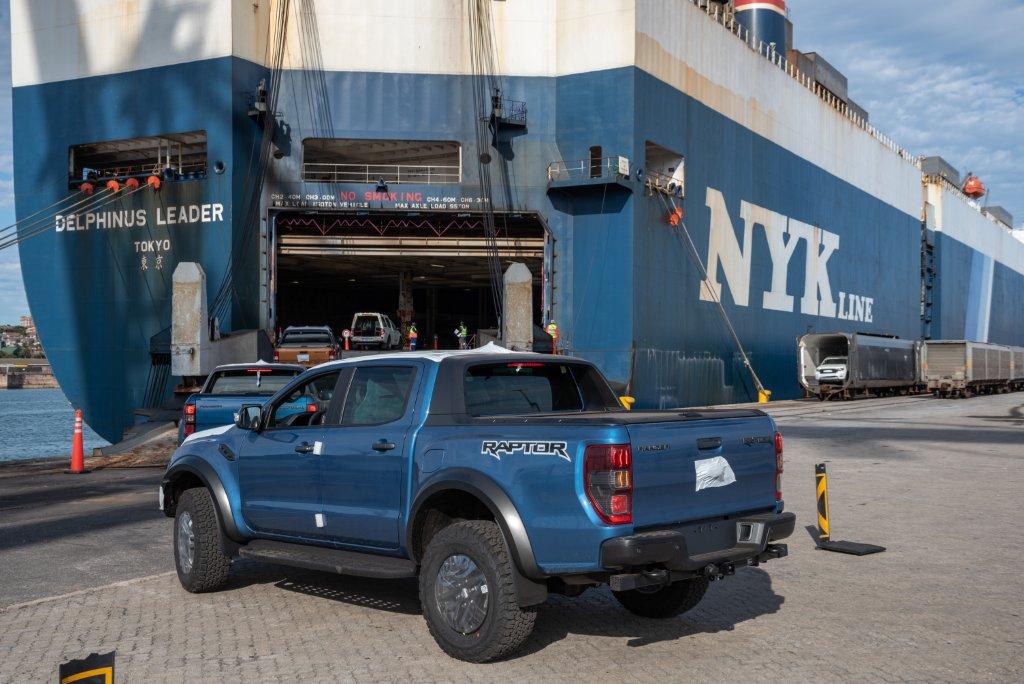 Brian Joss – Ford Motor Company of Southern Africa (FMCSA) has emerged from a comprehensive investment and production expansion programme ready to meet the demands of a growing export-driven business in South Africa.

An investment of R3-billion announced in 2017 opened up new potential for Ford’s Silverton Vehicle Assembly Plant in Pretoria and the Struandale Engine Plant in Port Elizabeth.

The Silverton plant now has installed capacity to produce up to 168 000 Rangers and Everests per year – an increase of 44 000 vehicles prior to the expansion, and a substantial 58 000 more than the original Ranger production capacity when this programme commenced in 2011.

Between 2009 and 2018, Ford invested over R11-billion in its local operations, proving its commitment to the local market as a global production hub for the highly successful Ranger line-up which is sold locally and exported to 148 markets around the world. The Everest seven-seater sport utility vehicle (SUV) is supplied to markets in Sub-Saharan Africa and domestically as the popularity of this segment grows rapidly the world over.

“Our Ranger programme has been extremely successful, and we produced our 500 000th unit in August last year,” says Neale Hill, MD of Ford Motor Company of Southern Africa. “The global demand for the Ranger continues to grow, and the R3-billion investment in our local operations has enabled us to prepare for an even more exciting and dynamic period ahead.

“Export-oriented business is absolutely crucial for the long-term sustainability of the automotive industry in South Africa, and we are delighted and encouraged by our ongoing expansion in the global Ford supply chain for the Ranger programme. It reaffirms our ability to compete with the best plants in the world in terms of production quality and efficiency,” Hill adds.

Currently over 400 vehicles are assembled at the Silverton plant each day, at a rate of one new vehicle every 94 seconds, or approximately 33 an hour – with higher volumes on the cards in line with the expanded production capacity. Approximately two thirds of the vehicles assembled locally are exported, making it South Africa’s leader in light commercial vehicle (LCV) exports. The balance are sold through Ford’s 133 dealers across South Africa, Namibia, Botswana and Swaziland.

In order to meet the rising international orders, Ford began exporting Rangers from Port Elizabeth to selected European markets in April this year – an initiative that addresses the high level of congestion at Durban’s Roll On Roll Off (RORO) Terminal which is the country’s primary import and export hub.

“The multi-port export strategy makes effective use of Transnet’s rail infrastructure to transport vehicles from our Silverton plant to the Port Elizabeth vehicle terminal, which is currently under-utilised,” Hill says.

“We are shipping approximately 1 000 Rangers a month via Port Elizabeth, which improves our efficiency and delivery timeframes to Europe where the Ranger is the top-selling pickup.”

Setting the trends: New Ranger and first-ever Ranger Raptor The current Ford Ranger was been widely acknowledged for having significantly raised the benchmark in the pickup segment with the introduction of trend-setting performance, capability, safety and technology.

The New Ranger, which debuted in April this year, lifted the bar even further with the launch of the advanced new 2.0-litre Bi-Turbo and Single Turbo four-cylinder diesel engines, matched to the revolutionary new 10-speed automatic gearbox that contributes towards the latest model’s exceptional performance and efficiency.

Combined with improved levels of comfort, refinement, luxury and an extensive range of active driving safety features that were previously unheard of in this segment, the New Ranger continues setting the trends – a statement that is equally applicable to the updated New Everest which shares most of the upgrades with its pickup sibling.

“The New Ranger has been extremely well received, and we are confident of clawing back a significant share of the light commercial vehicle segment as we ramp up our production of this impressive new range,” Hill states.

“The excitement surrounding the first-ever Ranger Raptor is sure to further bolster our challenge in the LCV market, as the capabilities of this specially developed Ford Performance model are truly astonishing. There’s simply nothing else like it – at any price – and we believe that we have a winner as a halo model and an image-builder for the Ranger brand as a whole.”

There’s plenty of excitement coming from Ford’s imported models too, with the latest Mustang due to arrive in South Africa in the second half of this year. The updated range boasts extensive performance, technology and equipment enhancements linked to a sleeker design which makes it more appealing than ever.

And there’s the allure of the limited edition Mustang Bullitt that will be the most exhilarating and highly prized iteration of this legendary nameplate to date.

While the production expansion is a great success story for Ford Motor Company of Southern Africa, it is also directly linked to the significant role the company plays in both direct and indirect employment opportunities locally.

Currently Ford employs approximately 4 300 people in South Africa within its local operations. Additionally, it supports around 50 000 jobs within the value chain amongst its suppliers.

“As one of the country’s leading automotive manufacturers and exporters, Ford plays an important role in the prosperity and sustainability of the sector and the many thousands of people that it supports,” Hill says. “The automotive industry is key to job creation in South Africa, and the importance of enhancing our global competitiveness and growing our export business cannot be understated.”

Ford continues to invest in its employees and in the broader community with an extensive range of development and empowerment initiatives. The company has a wide range of community projects aimed at uplifting the communities in which it operates – with the most notable example being the Ford Resource and Engagement Centre (FREC) near its Pretoria plant, which is supported by the Ford Motor Company Fund, the philanthropic arm of Ford Motor Company.

The FREC facility provides education and training programmes for members of the local community to upskill and equip them for permanent job opportunities, or as entrepreneurs. The project was bolstered last year with the launch of the Booth Schoch Future Success Fund, established by former company executives Lewis Booth and Dave Schoch. This fund provides grants to local community members who participate in FREC training programmes to help them take the next step in their employment journey. Starting in 2018, a $10 000 grant is awarded annually for a period of 10 years.

A number of other projects are backed by the Ford Motor Company Fund locally, including its efforts to promote road safety through Ford Driving Skills for Life, as well as its employee volunteer programmes which are spearheaded by the annual Ford Global Caring Month held each year in September. Last year, almost R2-million was allocated to 25 employee volunteer projects completed in South Africa and several Sub-Saharan African countries where over 12 000 employee hours were dedicated to improving the lives of others.

Additional grants are awarded for disaster relief and specific upliftment projects, such as the most recent phase of the Ford Blue Village project in Nelson Mandela Bay which built 30 transit homes in the community of Langa, Uitenhage, for the poor, elderly and child-headed households.

Ford South Africa also has a proud legacy supporting the conservation of wildlife and ecosystems across the region over the past three decades, having invested around R40-million to assist more than 170 conservation projects. The Ford Wildlife Foundation (FWF) was established by FMCSA and its dealer network in 2014 to bolster environmental education, research and conservation projects, and Ford provides Rangers to partner organisations to enable the projects to go further and make a real impact in the areas and communities in which they operate.