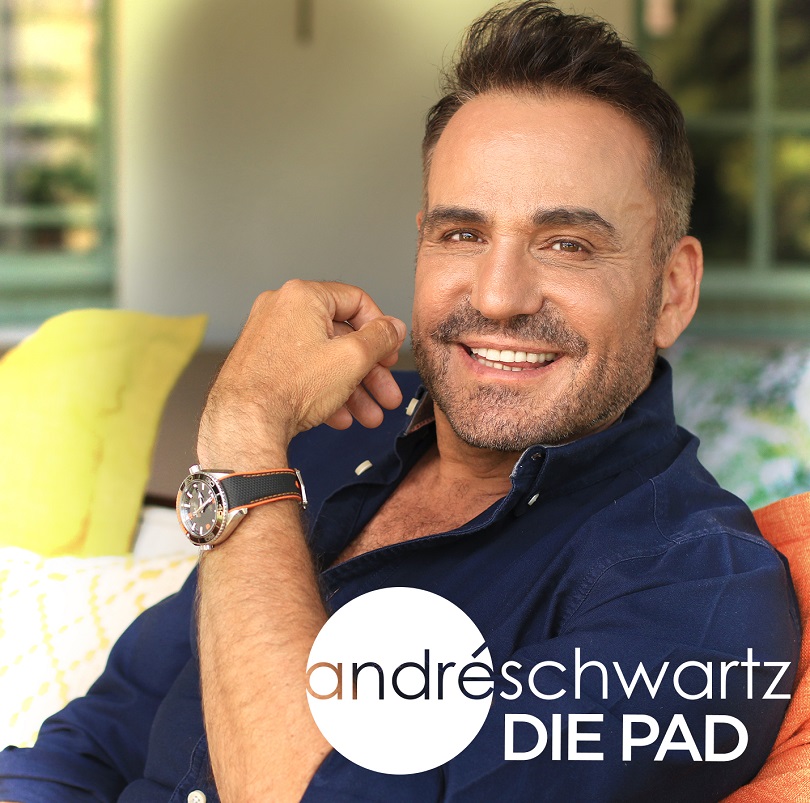 “Life is a journey. Sometimes there are twists and turns that hurt and even make our feet bleed. Other times, the burden we have to bare becomes so heavy that it breaks us.

But somehow we always manage to get up and try again. Hope and faith is what carry us forward, even when things go wrong,” South Africa’s biggest entertainer, André Schwartz, reveals about the meaning behind the title track of his long-awaited new album, DIE PAD.

This heartfelt Pop ballad, written by Roux Cloete, is the third release from his upcoming album and is one of those songs that speaks directly to the soul and has a message that resonates with audiences of all ages.

“Each of us have had to overcome obstacles in life and that is what this song is about. It is a beautiful production by Christi Schutte that I really enjoy singing, so I hope that people will enjoy listening to it just as much,” he says.

DIE PAD follows in the footsteps of Tweede Kans and Ek sal Wag, which were both very well received and featured on the charts of some of the country’s biggest radio stations. Both singles were accompanied by music videos that have already had thousands of hits on YouTube and can still be seen on television.

André, who has recently received a lifetime achievement award at the 2019 Ghoema Awards Ceremony, is very excited about finally sharing his new album with fans. He describes it as a modern Afrikaans Pop album that combines a fresh new sound with certain elements of his previous work.

The CD boasts ten original tracks, created by various songwriters, as well as four bonus tracks that include existing hits like Piano Man, Lief Vir Alles Hier and more. I Dare To Dream, a heartfelt duet with the legendary Yvonne Chaka Chaka, can also be found on this impressive track list.”

“The main inspiration behind the new release was to get back on stage and I enjoy performing again. There has been so many people working on this album and it is amazing how so many different styles and sounds were able to be combined so perfectly in the final product,” he shares. “What makes the album so special is that every song has a different story to tell and I think that it is something that listeners will appreciate.”

When asked about his favourite songs on the new album, he admits that Negentien September – which Christa Steyn created for the PG du Plessis film of the same name – is very special to him because he is a big fan of du Plessis’s work. He also loves the lyrics of Perfek Vir My, because he thinks it’s an honest and beautiful way to tell someone how wonderful they are.

The release of his long-awaited album coincides with an exciting new show of the same name, directed by Casper de Vries. Described as a joyful yet nostalgic journey through the life of this incredible musician, it is a veritable feast of singing, speckled with anecdotes from André’s past and present, and showcases his phenomenal talent – especially his incredible opera singing voice.

“Die Pad is aimed at sharpening people’s perspective on and appreciation for life and the stories are filled with humour and positive thoughts. I also really want people to know that I am planning on making as much music as possible in the future,” he explains.

Music has been a part of André’s life from a young age and he made his television debut at fourteen. He is classically trained, both vocally and as a pianist, and is therefore equally comfortable behind the piano and microphone.

This versatile superstar is not only an outstanding vocalist, songwriter, stage performer, actor (Sterlopers, 7de Laan) and television presenter; but also a successful business man who takes on every challenge in life with great passion and precision.

As a recording artist he has released fourteen albums, of which many have reached gold status, and has written and composed several of his radio hits himself. He is best-known for songs like Ek wil jou nooit weer sien and Lief vir alles hier, as well as his ability to captivate and entertain audiences with his charming and lively stage personality.

He is also an extremely gifted music theatre performer and has starred in leading roles of many world-class productions, including Joseph and the Amazing Technicolour Dreamcoat, Jesus Christ Superstar, Pirates of Penzance and The Phantom of the Opera. He received various awards for his performance as ‘The Phantom’ and is acknowledged as one of the best ‘Phantoms’ to ever grace the stage and even carries Andrew Lloyd Webber’s stamp of approval.

André Schwartz’s new album was definitely worth the wait and is a striking testimony of his successful career so far. Not only does every song on DIE PAD showcase his exceptional talent and creativity as a musician, but it also confirms why he is one of the most respected artists in the industry.