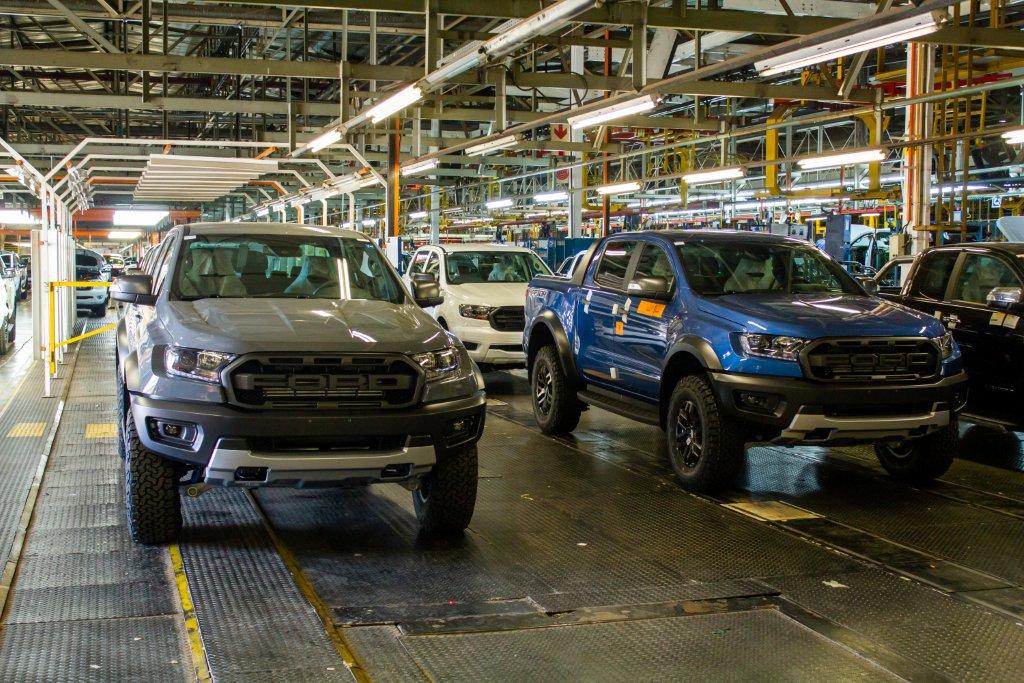 Brian Joss – Ford Motor Company of Southern Africa (FMCSA) is introducing a third shift to its vehicle assembly operations at the Silverton Assembly Plant in Pretoria to meet the growing international and local demand for the New Ranger, Ranger Raptor and Everest.

The additional shift, which commences in August this year, will create 1 200 new jobs at the Silverton plant, taking Ford’s total employment in South Africa to approximately 5 500 employees. At the same time, it will significantly bolster supplier companies by adding around 10 000 jobs in this sector. In total, Ford’s local vehicle assembly operations will now support some 60 000 jobs within the total value chain.

“The R3-billion investment in our South African plants, announced in 2017, is now coming to fruition with the addition of a third shift to increase our production output,” says Ockert Berry, Vice President Operations, Ford Middle East and Africa.

“The investment enabled extensive reworks at the Silverton Assembly Plant to expand our production capacity from 124 000 vehicles per year to 168 000 units, which is 58 000 vehicles more than our original capacity when the current Ranger programme commenced in 2011,” Berry states. “The third shift will allow us to ramp up our production from the current 506 vehicles assembled per day to a peak of 720 units to satisfy the strong demand from customers in South Africa, as well as for our crucial exports to 148 markets around the world,” Berry states.

Kicking off at the beginning of August, the Silverton Assembly Plant will run around the clock using a three-shift pattern from Monday to Thursday, with the additional Friday third shift available to address any potential shortfalls in the production schedule.

“In addition to the job opportunities created for hourly employees, the new shift makes provision for 104 skilled artisans and technicians who have been appointed as permanent employees, thus adding to the skills set of our staff complement in Silverton,” Berry adds.

Thanks to Ford Motor Company’s ongoing investment in South Africa, which reached R11-billion between 2009 and 2018, Ford’s domestic turnover now accounts for 1 percent of the country’s GDP. This makes the Silverton-based company a significant player in the country’s economy and manufacturing sector, as well as a major contributor to South Africa’s employment – both through direct jobs, and within the total value chain amongst supplier companies.

Approximately two thirds of Ford’s local production is exported to 148 global markets, with the balance sold in South Africa and Sub-Saharan African countries. The Ranger leads the light commercial vehicle (LCV) sector exports, with the locally-built model consistently ranked as the top-selling pickup in Europe.

As demand for the New Ranger and the exceptional Ranger Raptor continues to grow in Europe, Ford began exporting vehicles through Port Elizabeth in April this year – a strategic move to address the high level of congestion at the Durban Harbour’s Roll On Roll Off (RORO) Terminal, which is the country’s primary import and export hub.

The multi-port strategy makes effective use of Transnet’s rail infrastructure to transport vehicles from the Silverton plant to the Port Elizabeth vehicle terminal. Approximately 1 000 Rangers are being exported via this new route each month, which has improved the efficiency and delivery timeframes to European markets.

Port Elizabeth is also home to Ford’s Struandale Engine Plant which supports two global diesel engine programmes. Production commenced at the end of last year of the new-generation 2.0-litre Bi-Turbo and Single Turbo engines that are used in selected Ranger and Everest models, with an installed capacity of 120 000 engines per year – all of which are supplied to the Silverton Assembly Plant.

Additionally, the Struandale plant continues machining component sets, comprising the cylinder head, block and crankshaft, for the existing 2.2 and 3.2-litre Duratorq TDCi engine. Following the recent investment and expansion, installed capacity climbed to its highest-ever figure of 280 000 sets per year to support export markets in Thailand and Argentina, as well as local engine assembly.

Besides supplying fully assembled engines to Silverton for installation in the Ranger and Everest, the local plant also ships engines to North America, China and several customer plants in Europe with a production capacity of up to 130 000 units per year.