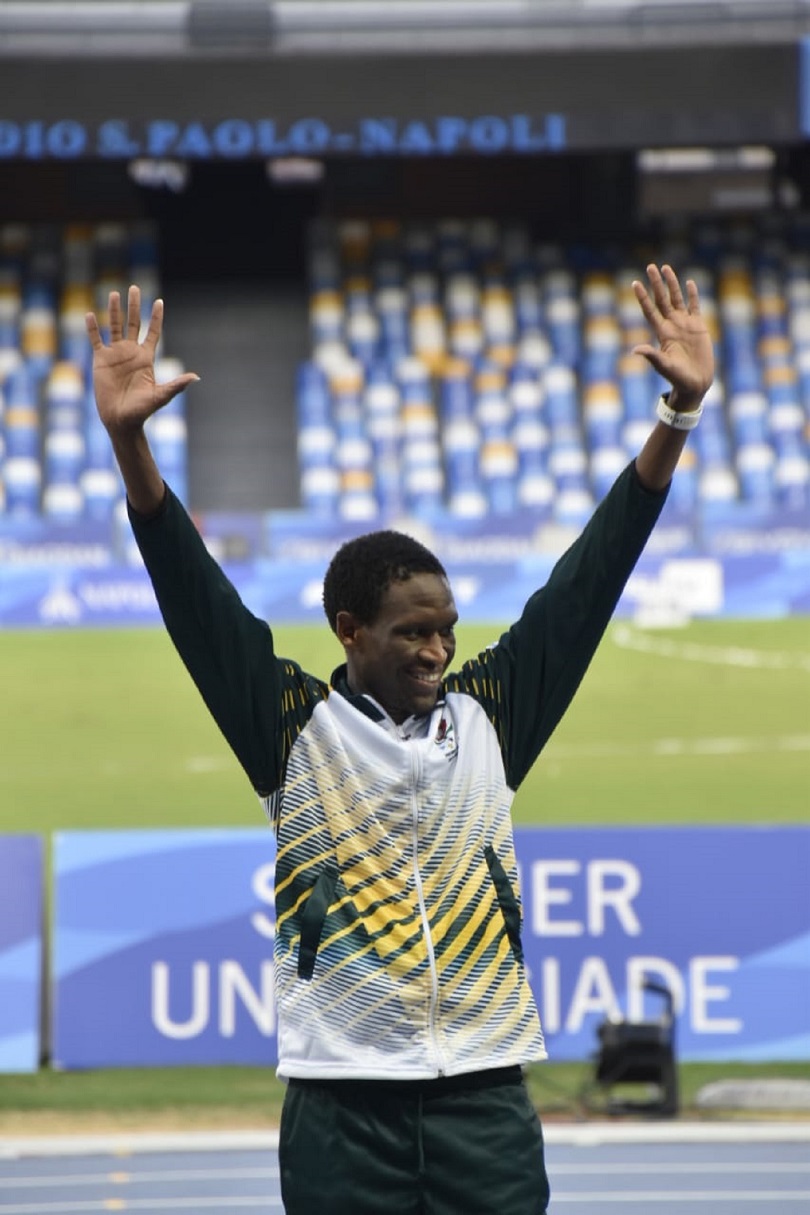 South Africa’s younger generation of sportsmen and women showed their ability to compete at an international level by surpassing expectations at the World Student Games recently completed in Napoli, Italy.

Having set themselves a goal of eight medals, the SA squad returned with an impressive haul of 18, improving on their previous best of 14 medals achieved in Kazan in 2013.

The team, which included Madibaz swimmer Alaric Basson, came 10th out of the 118 countries that participated in the latest student sporting extravaganza.

Madibaz director of sport Yoliswa Lumka, the deputy head of the SA delegation, said team selection was the key to their success.

“In addition, the timing of the Swimming World Championships just a week after the World Student Games and the athletics season in Europe ensured that most of the athletes were in their peak period and this showed in their performances,” she said.

“Michael Houlie had some exceptional performances, breaking his own and Games records in the breaststroke heats, semifinals and final.

“Tayla Lovemore and Tatjana Schoenmaker both won two gold medals in swimming, which was fantastic, while the men’s rugby sevens and the track and field athletes, especially the men’s 4x400m relay, were on fire.”

Lumka added that they were able to take plenty of lessons from competing in the Games, particularly the importance of forming partnerships to ensure university sport continued to develop.

“Being able to interact with other countries and delegations and to gain a better perspective on their preparations and focus areas was enlightening,” she said.

“The attendance and support of our political heads, the deputy sports minister the Honourable Ms Nocawe Mafu, the Honourable Ambassador Professor Shirish Soni and Honorary Consul Mr Gianluigi Gaetani were invaluable and bolstered the team as well.”

She said they would take the lessons learnt back to Nelson Mandela University.

“It’s important for us, as Madibaz Sport, to be able to contribute increased numbers of athletes, in particular to national teams.

“In that way we can offer more opportunities to our students and other personnel.”

Nelson Mandela University’s Andrew Kock, who managed the athletics team, said the squad had stepped up to the plate when it mattered.

“Athletics won 11 medals (1 gold, 6 silvers, 4 bronzes) and the team performed exceptionally well given the tough conditions,” he said. “Temperatures reached as high as 40C, with high humidity as well.

“We had a very young team with an eye on the future, building towards 2021 in China. But they stepped up and gave a good account of themselves,” Kock said.

He added that creating a happy but focused environment for the team was the reason behind their success.

“The management team dealt with all other issues and aspects so the athletes could focus and enjoy themselves while competing.

“Although there were many youngsters, we treated them like professional athletes and constantly involved them in decisions that would affect the team and the performances.

“We minimised the stresses as best we could and worked around the clock to ensure they could compete to the best of their ability.”

One of the track and field highlights for Kock was the men’s 400m hurdles, where Sokwakhana Zazini  set a new Africa and South African junior record of 48.73 seconds to win a silver medal.

Another Nelson Mandela University member, Brittany Blaauw, handled the social media and said it was “a great experience”.

“The time spent learning from management as well as understanding various cultures while connecting with students across the world and adapting to the European lifestyle was a game-changer,” she said.

“The lesson I learnt was that there is way more that goes into planning a trip of this magnitude than you could imagine.

“Everyone plays a part, no matter how big or small, and this has an impact on the entire team’s performance.”