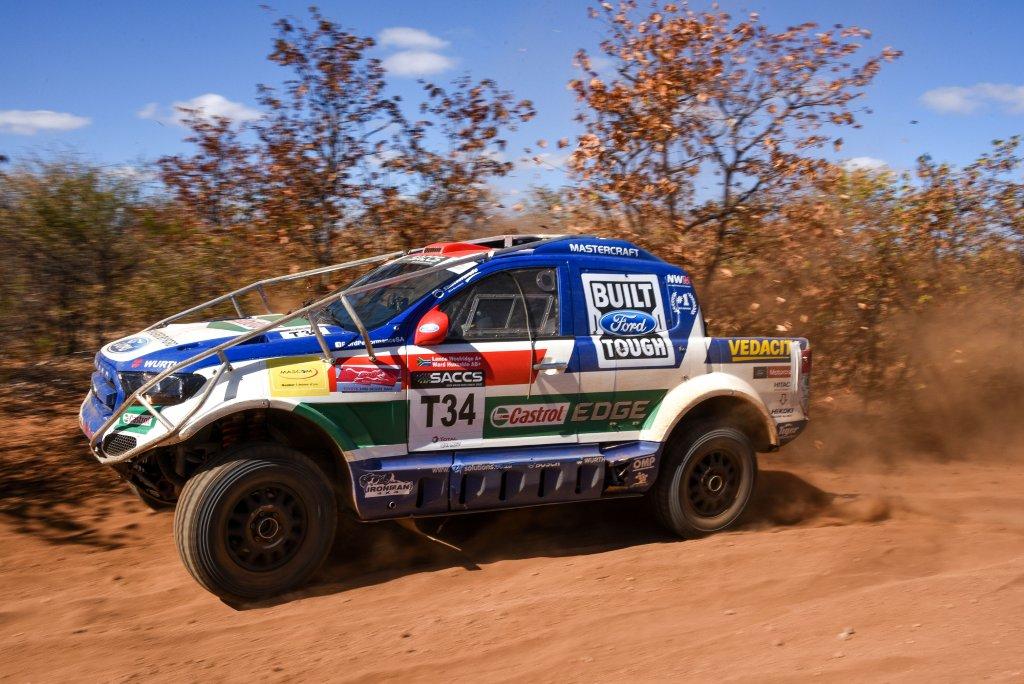 Brian Joss – The first half of the 2019 South African Cross Country Series (SACCS) has seen the Class T Production Vehicle championship dominated by current title-holders Lance Woolridge and Ward Huxtable, having scored a clean sweep of victories in the Castrol Ford Ranger.

With the fourth round of the SACCS, the Bronkhorstpruit 400, signalling the start of the second half of the season, the talented pair from KwaZulu-Natal command a healthy lead in the championship standings with 140 points – 54 points clear of their nearest rivals, Johan and Werner Horn (Toyota).

Having produced a faultless performance thus far, allied to unwavering reliability from the Neil Woolridge Motorsport-built and run Ford Ranger, expectations are that the Woolridge/Huxtable combination will continue to lead the charge when the championship kicks up the dirt on the farmlands surrounding Bronkhorstspruit, located on the border of the Gauteng and Mpumalanga provinces, on 2 and 3 August.

After missing last month’s Botswana Desert Race due to other commitments, the Brazilian crew of Marcos Baumgart and Kleber Cincea will be keen to get back into the local fray in the second Castrol Ford entry – fresh from winning the most recent round of their domestic cross country championship in a similar V8-powered NWM X Rally Team Ranger.

“We start the second half of the 2019 season on the back of a perfect scorecard thus far, and are confident of maintaining a strong performance through the remainder of the year,” says team principal Neil Woolridge.

“The outstanding results we achieved in Botswana, including winning the second heat overall, have given the team an added boost. The extensive work done on the Rangers for this season has clearly paid off, giving us superb pace and reliability as we set our sights on retaining the Class T title.

“We have no doubt that our rivals will be giving it their all in Bronkhorstspruit in an effort to close the points gap, but we look forward to a great race which attracts lots of enthusiastic spectators,” Woolridge adds. “The Highveld terrain will be challenging and extremely dry and dusty as usual during winter, so securing a strong qualifying position will be crucial.”

The Bronkhorstpruit 400 is once again based at the Soetdoring Function Venue on the outskirts of the town, just off the N4 highway, which serves as the race headquarters and designated service park (DSP).

Qualifying gets underway on Friday 2 August at 1.30pm, with the teams completing a short 60km loop that decides the starting order for the main race. On Saturday, the first cars are waved off at 8am and complete two loops of the 180km race route – including a stadium section just 400 metres from the start, which provides an exciting vantage point to watch the spectacular cars in action. Thereafter, the route heads towards Wilgespruit before travelling south via Nooitgedacht and then returning to the finish through the farms Witklip and Groenfontein.